A guide to useful tips you need to know before playing the Maddening Difficulty Mode in Fire Emblem: Three Houses (FE3H). Here we list all the necessary info like Limited Experience, Best Ways to Strengthen Characters, Recruitment Tips, Best Classes, and other tips you might not know you even need! 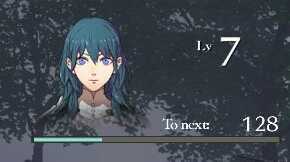 The experience points you receive in Maddening is halved. This makes your units extremely underdeveloped against enemies whose levels are way higher than their hard counterparts. This makes the game extremely difficult and challenging. 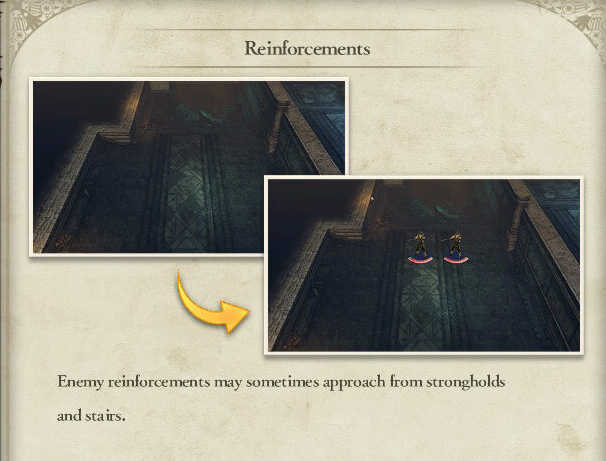 Enemy reinforcements may sometimes approach from strongholds and stairs.

When ambushes for enemy units arrive, they will immediately act. This makes positioning units even more crucial during maddening as a single misstep can cause a unit's death. 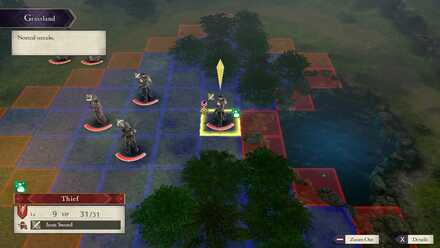 Enemies that used to stay on heal tiles while weathering your attacks now leave the heal tile. This is most like done to avoid EXP farming, since commanders give more EXP than normal units. Make sure to watch out, especially against the Death Knight! 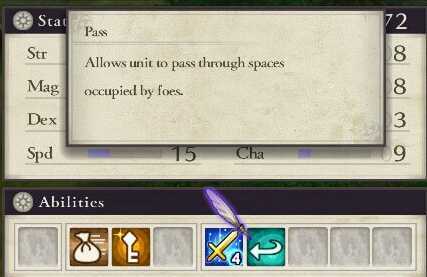 A normal thief encountered in chapter 2 with the Pass ability.

Do not underestimate normal enemies. During Normal and Hard mode, the only enemies you would need to watch out for are named enemies, but in Maddening, even normal enemies have rare abilities, so make sure to check enemy stats before heading into the fray. 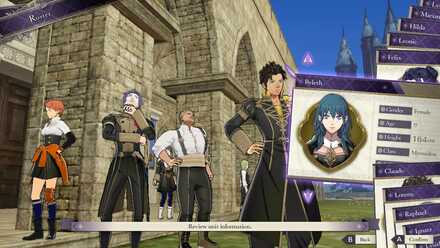 It is important to plan out which units you will use throughout the game. You will need 13 units (10 for fighting and 3 adjutants). You won't be able to have all the starting units at the beginning of the game, so make sure to level all the ones you have while planning a recruit timing for each unit you plan to have in your house. Once you planned it out, make sure to not give out unnecessary EXP to units you won't use and funnel it all to your main roster. 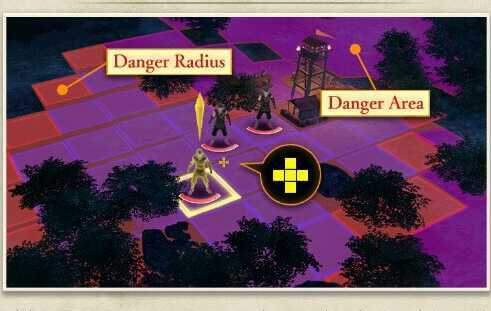 Maddening is an unforgiving mode where a misplaced unit will more often than not, lead to death. Moving while having Danger Radius revealed will allow you to make a much safer decision when moving your units. A simple tip, but often forgotten by many.

Enemy Priests will come with the Renewal ability on them. This is especially useful for grinding in Maddening, since EXP is limited. Having an enemy you can repeatedly attack for free EXP points is crucial for your party. But it truly shines thanks to how it levels up your skill proficiency, since skill EXP is not reduced in Maddening. 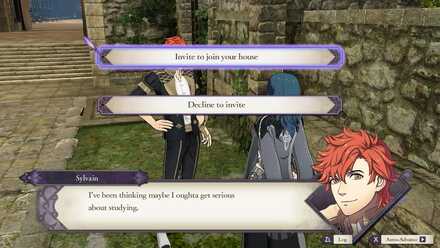 There are advantages and disadvantages to each choice you have, which will be listed below.

Going melee against enemies would lead to your loss. There are no exceptions to this rule. Fighting smartly by attacking enemies from a distance is crucial when playing maddening specially at the start of the game. This also makes bow users a better unit to recruit than other units. Good alternatives are weapons that have range like Hand axes and Javelins.

Recruiting Everyone is great for three reasons. First is to get free items by taking the items they have, then benching them forever.

Second is to avoid tough enemies. Enemies in the game that are from the monastery will be replaced by weaker enemies. This makes the extremely hard game mode somewhat more tolerable.

Third is the option to fight in paralogue maps. This is a free source of EXP and also offers handsome rewards (Obtaining the Thyrsus always makes recruiting Lorenz worthwhile doesn't it)?

Recruitment Guide | Can You Recruit Everyone?

Have ALL Magic-Users Learn Faith 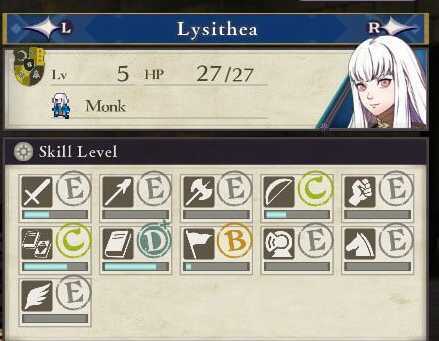 Experience is scarce in Maddening, so each EXP point you can get is a blessing. Thankfully, EXP earned from healing is not reduced. By having all magic users learn faith, you can give them EXP you would otherwise not receive during a battle.

This is a method to remedy a unit's lackluster stats. Examples are healers with low defense being reclassed to armored knights. This works because classes have a minimum stat, which is what you see as stat bonuses when promoting your units.

This is again, true for modifying stat growths of units in the game. Units with low strength growth would have higher strength if they are reclassed, and made to grind while equipping a class geared towards strength. This makes units like Petra hit hard if trained as Warrior instead of an Assassin.

Class Up As Soon As Possible 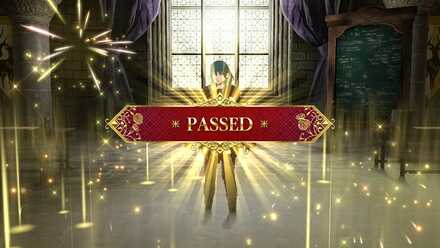 Another topic about classing up is to make sure to do it as soon as possible. Delaying a class up would also mean delaying the stat bonuses your units would otherwise get for free by classing up. This would also delay the stat growth bonus that the unit will get by leveling up.

Best Classes for Each Character

Fight With the Map in Mind 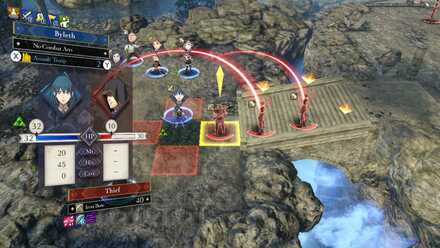 This means that you should fight while keeping the terrain and map layout in check. Stat bonuses gained from heal tiles, forests, and untraversable tiles can all be used against enemies. Compressing all enemies in a bottleneck then demolishing their group with a good gambit is always satisfying no matter what difficulty mode you choose. 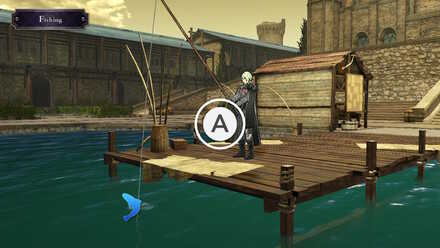 Do not waste a good week by doing quests, then ending exploration or anything of the sort. You should always make sure to maximize supports with characters, increase your main roster's motivation, and the most important one is increasing your professor level! Having more time to participate in battles is always great and is worth fishing for.

Best Use of Free Time

With EXP being non-existent, it makes sense that using mission assistance will become more valuable. Having a free unit that has the same level your main characters have is always a great addition. It is also a good way to increase your support level with a unit, allowing you to recruit that unit easier. This is more effective for support characters like Annette, Ignatz, Linhardt, etc.

Equip According to Roles

Always avoid burdening speedy units with unnecessary items like shields. This gives them higher survivability by avoiding double attacks from enemies. On the flip side, reducing the speed of slow units works wonders since they'll get double attacked anyway. Equip them with shields and steel weapons to make them survive the onslaught and make their single hit count!

Give Everyone a Battalion!

Skill proficiency comes easy in maddening and it makes increasing the Authority skill even easier. This won't happen however if you don't equip your units with battalions. Battalions provide several benefits like stats, gambits, and even battalion related abilities, and the higher your authority skill is, the better battalions you equip.

Do not sell or repair broken weapons. Keep them in your storehouse as they are a valuable source of missed attacks against priests you can trap in battles. Repeatedly attacking these enemies while missing will still build up your weapon skill together with your authority skill (if a battalion is equipped), and class-related support skills (flying, armored, or riding).

Maddening is an extremely difficult mode, and it does not welcome those who are faint of heart. All the tips mentioned above are crucial to progress through this game mode. Use the tips you have found here and beat Maddening to obtain that golden light during the main menu. Good luck!

Register as a member and get all the information you want. (It's free!)
Login
Opinions about an article or post go here.
Opinions about an article or post
We at Game8 thank you for your support.
In order for us to make the best articles possible, share your corrections, opinions, and thoughts about "Maddening Tips and Guide" with us!
When reporting a problem, please be as specific as possible in providing details such as what conditions the problem occurred under and what kind of effects it had.