This is a guide to Romance in Fire Emblem: Three Houses. Read here to find out about how to romance other characters in FE3H, who you can romance, bonuses received from supports, and whether or not there is romance between characters.

Romancing a character allows you to have S-Rank support with them. You can only have one S-Support in your game, so once you have the cutscene, you will be locked on to that character. This does not happen between other characters, meaning that only Byleth can obtain an S-Support with another character.

There will be a special cutscene near the end of the game, where you finally confess your love to each other, along with a special unlockable artwork.

Once you finish the story, you get a small text vignette that shows how the lives of you and your army turned out. Who you romance, and who others build a bond with will greatly affect how their lives will turn out.

Can Characters Get Married?

No, unfortunately not. Unlike previous FE games, the only time characters have an actual relationship is after the game, and characters who get A-supports will only flirt with each other, but will not get married until the epilogue of the game. That being said, there is no possibility of them having playable children either, so pairing certain units won't result in your getting better units for your team.

There are only two steps required to make your character romance someone else.

Build a support rank of A with that Person

In order to be able to pick them as your romantic option, you must have a support rank of A before the final battle. This can be done in various ways:

By giving them gifts, you can raise their support for you. If you know their favorite gifts, the amount of support you receive will increase even more. Alternatively, if you return lost items that belong to them, you can greatly increase their support.

Fighting Alongside Them in Combat

When you fight close to a unit in combat, you build support points. Alternatively, support builds if they are your adjutant, or if you fight near someone who has them as an adjutant.

Performing these activities during exploration will allow you to increase support at the cost of activity points.

When talking to them, you will sometimes have a choice of what to answer. Picking the right dialogue option will result in an increase in support.

Choose to Give Them Your Mother's Ring 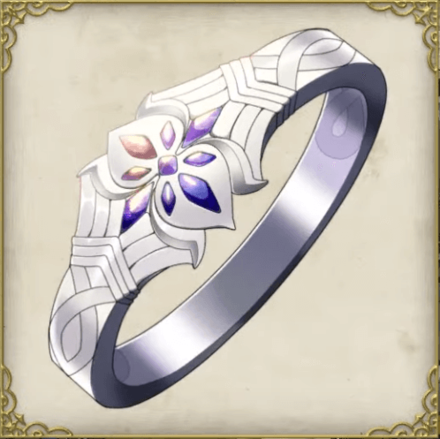 At some point in the game, you will recieve a ring from Jeralt, who says it was your mother's, and that he wants you to give it to someone special. Before the final battle in your story, you will think about who you want to give the ring to.

You can only choose someone that you have a support rank of A with, so it's important that you max out your supports by this point. This happens in different points per route, so here are the chapters they will appear in for each route.

Does it matter who you choose to meet in the Goddess Tower?

In Chapter 9: The Cause of Sorrow, you can talk to The Gatekeeper, who will tell you of the Legend of The Goddess Tower, where if you meet someone there you willl be destined to be together. From there, you can select one of the people in your house with support rank of B or higher. This does not in any way set who your romantic partner is going to be, but it is a good way to raise support.

This is the list of characters you can choose to give the ring to. Because you can only give them the ring near the final battle, they must be in your army to be able to select them. There will be a special cutscene at the end of the last mission. However, take note that some of them, marked with a red asterisk (*) are more platonic than romantic.

She can only be romanced in the Crimson Flower route.

She can only be romanced in the Verdant Wind, Azure Moon or Silver Snow routes.

She can only be romanced in Azure Moon or Verdant Wind routes.

He can only be romanced in the Azure Moon route.

He can only be romanced in the Azure Moon route.

He can only be romanced in the Verdant Wind route.

He can only be romanced in the Crimson Flower route.

To ensure that the couple you want ends up together, you can simply choose not to view a character's A-rank cutscene with anyone else. This will ensure that the only one with an A-rank will be the one they end up with.

However, these characters ending up together does not affect anything other than the ending spiel they have at the end of the campaign.

Register as a member and get all the information you want. (It's free!)
Login
Opinions about an article or post go here.
Opinions about an article or post
We at Game8 thank you for your support.
In order for us to make the best articles possible, share your corrections, opinions, and thoughts about "Support and Romance Guide" with us!
When reporting a problem, please be as specific as possible in providing details such as what conditions the problem occurred under and what kind of effects it had.