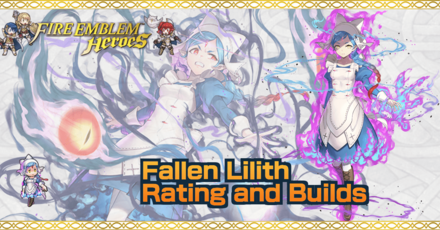 This is a ranking page for the hero Lilith - Silent Broodling from the game Fire Emblem Heroes (FEH). Read on to learn the best IVs (Individual Values), best builds (Inherit Skill), weapon refinement, stats at Lv 40, and more for Fallen Lilith. 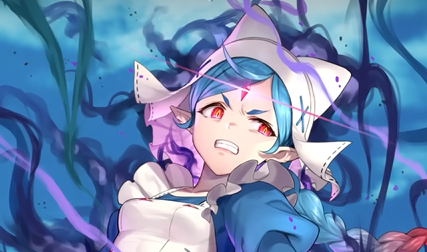 Fallen Lilith's recommended IVs are +Spd and -Def. Her Spd is her best stat and is how she can avoid follow-up attacks from heroes. It is also crucial in increasing damage reduction from 【Dodge】granted by Spd Smoke 4.

Since HP is a superbane, we recommend -Def as her bane. Reducing it should not affect most of her matchups. -Res may be taken instead if you feel that you will face more physical attackers.

We recommend +Spd when merging Fallen Lilith to +10 for similar reasons above.

Fallen Lilith's base kit already makes her a speedy offensive threat that can teleport anywhere near her support partner. In addition, Spd Smoke 4 makes her deceptively bulkier thanks to its damage reduction effect.

This build adds S/D Near Trace 3 to allow Fallen Lilith to retreat with Canto after attacking. Spd Smoke 4 is also exchanged for Spd/Res Hold to increase her damage output. If Res based Near Trace skills are released in the future, they're better than S/D Near Trace.

This build is aimed at using Fallen Lilith to warp to her support partner after he/she initiates and then take Fury recoil damage to become a Wings of Mercy beacon for her remaining allies. S/D Near Trace is used to grant Canto after her attack. If Res based Near Trace skills are introduced in the future, they're better than S/D Near Trace.

Fallen Lilith is a close magic attacker (range = 1). Therefore, when not accounting for the Weapon Triangle, the amount of damage she deals will be equivalent to her Atk minus the foe's Res stat. 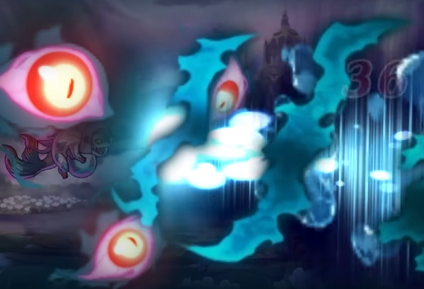 Fallen Lilith comes with her unique breath in Silent Power.

Years after the release of Spd Smoke 3, Fallen Lilith introduces the next tier of this skill with Spd Smoke 4.

In addition to the standard smoke effect of inflicting Spd-7 to nearby foes, this tier 4 skill also inflicts the Spd debuff on the foe and grants both Spd+6 and 【Dodge】 to its wielder for 1 turn.

【Dodge】is almost always reserved for infantry units, but with Spd Smoke 4, it is now available for flying units as well.

Support capabilities are limited to only one ally

Due to the requiring Ally Support, Fallen Lilith's amazing support skills are limited to only one ally per battle.

This isn't too big of a weakness, but it is something that needs to be kept in mind.

As a flying unit, Fallen Lilith takes 1.5x damage from bows and weapons effective on flying units. Be sure to keep them out of the range of archers and leave them to other units.

Fallen Lilith takes 1.5x damage from dragon-effective weapons like Sealed Falchion or Divine Mist, and one blow from this type of weapon is sure to take him/her down. Make sure you know what weapons you are up against before hopping too far into the line of battle!

Lilith - Silent Broodling Only Appears as a 5 Star Hero!

Fallen Lilith as a Source Hero

How would you rate Fallen Lilith?

How to Get Fallen Lilith / Illustrations / Voice Actor / Quotes

How to Get Fallen Lilith

Fallen Lilith is a Hero who can be pulled from any summon.

Post (0 Comments)
Opinions about an article or post go here.
Opinions about an article or post
We at Game8 thank you for your support.
In order for us to make the best articles possible, share your corrections, opinions, and thoughts about "Fallen Lilith Builds and Best IVs" with us!
When reporting a problem, please be as specific as possible in providing details such as what conditions the problem occurred under and what kind of effects it had.