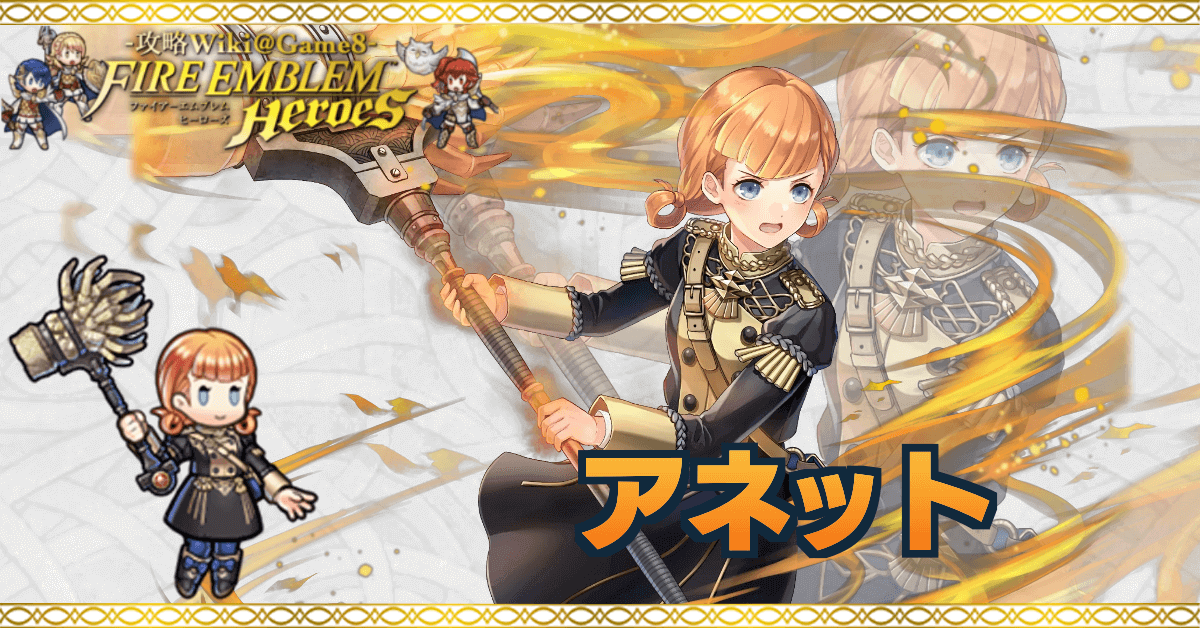 This is a ranking page for the hero Annette - Overachiever from the game Fire Emblem Heroes (FEH). Read on to learn the best IVs (Individual Values), best builds (Inherit Skill), weapon refinement, stats at Lv 40, and more for Annette. 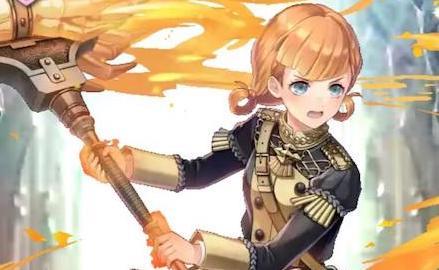 Base Stats for Annette

Annette's best IVs are her plain old base stats. With several superbanes, she really doesn't want to take a lowered IV, and she will be more versatile with Base Stats. If you plan on merging her to get rid of her flaw, then we recommend a +Spd IV.

If you are building a +10 merged Annette, then we recommend going with a +Spd IV. When she reaches 10 merges with this IV, her Spd will reach 44, allowing her to get follow-up attacks on a ton of her foes. However, if you intend to buff her Spd through other skills, you may prefer to go for that +4 Atk superboon.

Annette's weapon cannot currently be refined. This section will be updated if it becomes refineable in the future!

Annette is a close physical attacker (range = 1). Therefore, when not accounting for the Weapon Triangle, the amount of damage she deals will be equivalent to her Atk minus the foe's Def stat.

Calculates damage using the lower of a foe's Def/Res

Annette has the weapon Crusher, which has the added effect of calculating damage using the lower of a foe's Def or Res stat. This weapon is very good against units who have high Def but low Res, and since the effect is always active, she is great for attacking whatever kind of foe presents themself.

Can allow an ally to move an extra space with assist

Crusher has another effect, which will grant an extra space of movement to an ally when Annette uses a Rally assist on them. This works on all units except ranged cavalry, so a close attacker cavalry unit would be able to move up to 4 spaces. Annette also learns Rally Atk/Spd+ and Def/Res Ruse 3 by default, which will allow her to cast a mixture of buffs and debuffs.

Can buff the ally with the highest Atk/Def stat total

The C skill Atk/Def Gap 3 will grant an additional Atk/Def+5 to whatever unit on the team has the highest Atk and Def stat total (when combined). Since you can pretty much figure this out ahead of time, this will allow her to easily grant a strong buff to a specific unit at any time, regardless of their position. In particular, this pairs well with physical tanks or Blade-Tome users.

Annette has a pretty balanced stat spread overall, but her Def stat is a bit lacking, so she will have trouble fighting multiple foes in a row. Don't recklessly throw her into a group of foes and expect her to tank all of their attacks and survive.

Should you Unlock Potential for Annette?

Annette - Overachiever Only Appears as a 5 Star Hero!

Annette as a Source Hero

Annette can be foddered to inherit the skills Def/Res Ruse or Atk/Def Gap. But as a pretty powerful attacker and support unit, we recommend building her before using a duplicate for fodder.


How to Get Annette / Illustrations / Voice Actor / Quotes

How to Get Annette

Annette is a Hero who can be pulled from any summon.

Register as a member and get all the information you want. (It's free!)
Login
Opinions about an article or post go here.
Opinions about an article or post
We at Game8 thank you for your support.
In order for us to make the best articles possible, share your corrections, opinions, and thoughts about "Annette Builds and Best IVs" with us!
When reporting a problem, please be as specific as possible in providing details such as what conditions the problem occurred under and what kind of effects it had.