Uchigatana Upgrades and How to Get | Demon's Souls PS5

This is the page for the Uchigatana weapon in the Demon's Souls Remake for PS5. Read on for this weapon's stats, upgrade information, and where to get it!

Uchigatana Stats and How to Get 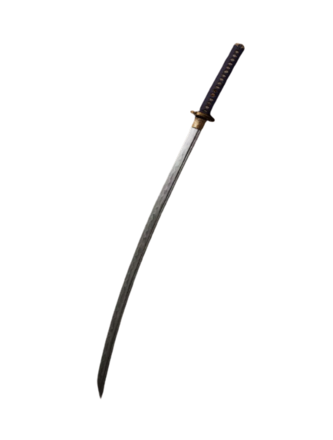 Only Normal and Quality upgrades are available in the Nexus

How to Get Uchigatana

This is the only weapon that has no penalty when it is equipped. Unlike other weapons that have slip damage or self-harm, this one has no effect and can be equipped all the time.

It is recommended to use the Sharp variant of this weapon as it awards more bonuses to the Dexterity stat, maximizing this weapon's damage.

Register as a member and get all the information you want. (It's free!)
Login
Opinions about an article or post go here.
Opinions about an article or post
We at Game8 thank you for your support.
In order for us to make the best articles possible, share your corrections, opinions, and thoughts about "Uchigatana Upgrades and How to Get" with us!
When reporting a problem, please be as specific as possible in providing details such as what conditions the problem occurred under and what kind of effects it had.