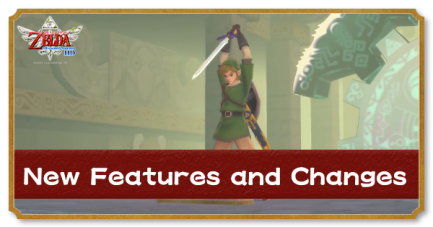 This is a list of new features and differences for The Legend of Zelda: Skyward Sword HD for the Nintendo Switch. Read on to learn what's new and see all changes made from the Wii version to Skyward Sword HD!

Taking advantage of the Nintendo Switch's processing power, you can play Zelda: Skyward Sword HD with enhanced graphics and smoother gameplay. The original game released in 2011, so it was well overdo for a graphical remake, and the new graphics allow you to see what beauties Skyloft has to offer! 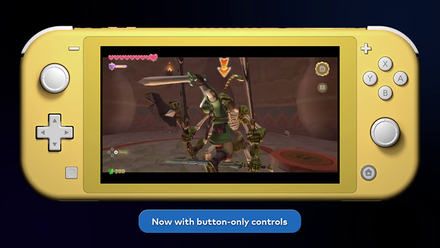 While there is still an option to play Skyward Sword HD using motion controls, you can now play the game using a traditional button control scheme allowing players with the Nintendo Switch Lite to experience the game! This also means that other controller options, such as the Pro-Controller, will be compatible.

As motion controls was one of the largest complaints gamers had about this game, the option to play with both original controls and more conventional controls will open the game to a larger audience.

HD Controls Guide: How to Use Button and Motion Controls 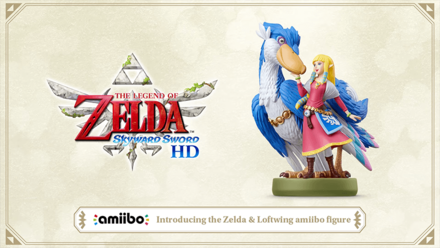 Zelda: Skyward Sword HD features amiibo compatibility with the Zelda & Loftwing amiibo figure. Scanning this amiibo figure lets you quickly travel to the sky and return to the same spot on the surface. This is especially useful for heading back to Skyloft to upgrade your equipment or restock on potions without having to find a Bird Statue. 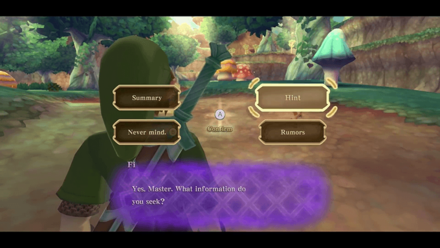 As shown in the Quality of Life trailer, Link's sword will glow indicating a hint to a puzzle. You can choose to ignore it and solve the puzzle yourself or call Fi to ask for advice. 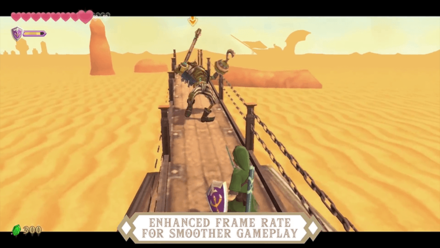 In addition to enhanced graphics, Skyward Sword HD has been improved to include enhanced frame rate to take advantage of the Nintendo Switch's processing power. 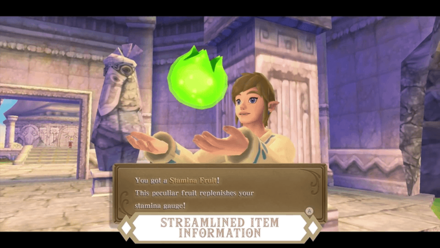 In the Quality of Life trailer, the game includes a new improvement called "streamlined item information". This means that you will not be reminded of the item's information every time you pick it up after loading a save file.

Another addition in the Switch version is the ability to fast forward dialogue. Pressing the B button while talking to a character allows you to skip the text crawl to reveal the entire dialogue. 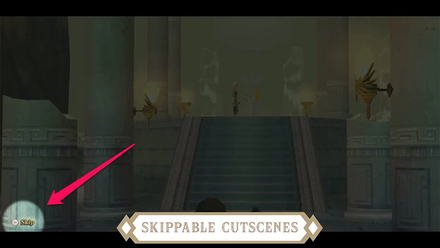 In the original Wii version, the cutscenes cannot be skipped unless you are playing the game in Hero Mode. For the Switch version, a new feature was added to allow you to skip cutscenes.

As show in the above image, you can press the Minus (-) Button to skip the cutscene. 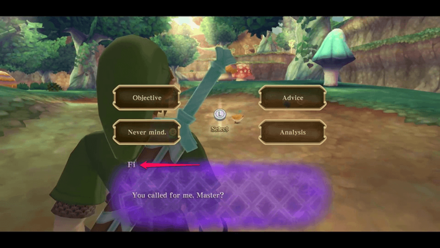 One minor change seen in the trailer is the inclusion of the character's name when talking to them. This is helpful especially if you need to know who to talk to in Side Quests. 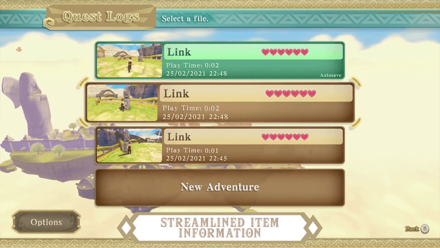 In the original Wii version, the Quest Logs screen only shows the name, the number of hearts, as well as the date and time of the save files.

In the Switch version, the Quest Logs displays a snapshot of the save file and play time duration similar to Breath of the Wild. In addition, an autosave slot now appears on top of the three manual save slots.

How to Save using Manual and Autosave

In the original Wii version, Horwell explains how to dash, the stamina gauge, as well as the autojump in the same scene as the video above. The dialogue was changed in the Switch version, reducing much of the lines explaining the game's controls.

In the same video, the player is able to move the camera freely while moving Link to the crates. In the original Wii version, the camera control is limited to centering the camera behind Link using the Z-button.

Absence of Sheikah Stone in Skyloft

If you get stuck at any point of the game, you may continue to consult Fi for advice. Better yet, check out our guides for strategies, tips, and tricks on how to progress through the game.

Register as a member and get all the information you want. (It's free!)
Login
Opinions about an article or post go here.
Opinions about an article or post
We at Game8 thank you for your support.
In order for us to make the best articles possible, share your corrections, opinions, and thoughts about "Skyward Sword HD Differences and New Features" with us!
When reporting a problem, please be as specific as possible in providing details such as what conditions the problem occurred under and what kind of effects it had.