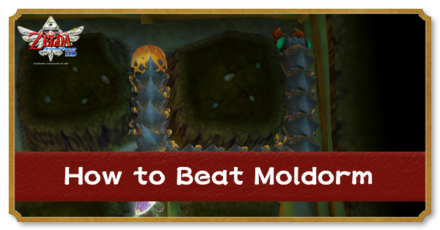 This guide will show you how to beat Moldorm, an enemy in the Legend of Zelda: Skyward Sword HD for the Nintendo Switch. Read on to learn where to find Moldorm, drops for beating it, as well as strategy for beating it. 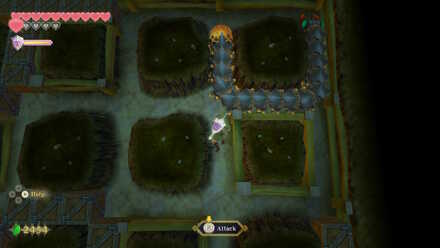 Moldorms are first seen in Fire Sanctuary after getting the Mogma Mitts, and digging specific locations where it spawns. It is a large and long armored worm that goes around the underground.

Like most Moldorms in The Legend of Zelda series, the Moldorm's weakpoint is its tail, indicated by a glowing orange ball. You must hit it three times to defeat it.

Chase after it halts

After moving around after some time, Moldorms will halt, giving you the chance to chase after it and hit its tail.

Chase after the tail strategically

When chasing the tail, you should not chase it directly from behind. Instead, strategically predict where the Moldorm will turn, and chase after the tail by intersecting it from a cross direction.

Bait to wall to stun

When the Moldorm's eyes turn from green to red, it means that it has noticed you in its line of sight. It will then charge at you at fast speeds, which you should avoid by sprinting to a different direction.

You can use this knowledge to bait it to a wall to stun it. This gives you ample time to go to its tail.

Register as a member and get all the information you want. (It's free!)
Login
Opinions about an article or post go here.
Opinions about an article or post
We at Game8 thank you for your support.
In order for us to make the best articles possible, share your corrections, opinions, and thoughts about "Moldorm Locations and How to Beat" with us!
When reporting a problem, please be as specific as possible in providing details such as what conditions the problem occurred under and what kind of effects it had.