This is a complete guide to beating the INTERmission DLC on Hard Mode in the game Final Fantasy 7 Remake Intergrade. Read on for our best Hard Mode Builds, including what Materia are best to use in Hard Mode, what Equipment and Materia are recommended, and how to handle running out of MP.

Hard Mode for INTERmission is essentially the same as Hard Mode from the main game as it is unlocked by clearing the DLC, enemies deal more damage and may have more abilities, and so on: 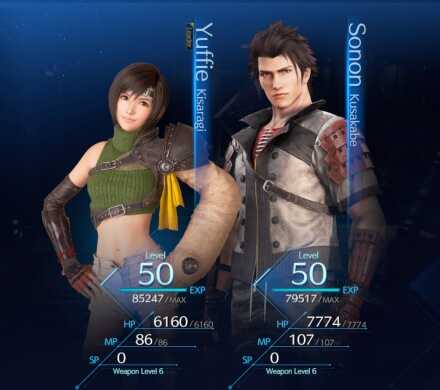 If you enter Hard Mode right after completing a lower difficulty, you will likely struggle if you jump head first into Hard Mode. Return to Chapter 2 where the Shinra Combat Simulator will open up for Yuffie and Sonon to farm Exp and AP so you can level them and your materia up.

Use Yuffie's Boomerang for MP Skills

One way of combatting the MP restrictions is by Yuffie's Boomerang. There are 3 skills that can assist you in conserving and regenerating MP.

Make Use of Revival Earrings 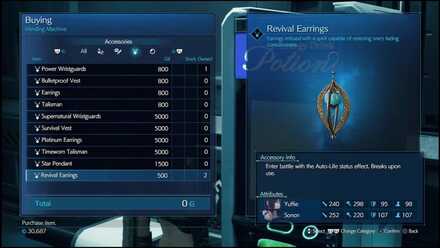 Another way to conserve MP is by equipping Revival Earrings to Yuffie and Sonon. Rather than using healing magic, letting a character die with these equipped will automatically heal them to 50% HP. They can only be used once before breaking, but they only cost 500 Gil at any shop that sells accessories so you can stock up on these ahead of time.

Intergrade: How to Farm Gil

Match Your Elemental Materia and Ninjutsu with the Foe's Weakness

Use the linked Materia slot on Sonon's Weapon to hold an Elemental Materia together with the Magic Materia matching the Boss's weakness while Yuffie can change the damage type of her Shuriken with her Elemental Ninjutsu abilities. Almost all of the Bosses in the main story will have a weakness, so simply by changing out which Magic Materia you equip or switching Ninjutsu, you can deal extra damage to almost every Boss.

Make Use of Perfect Guards

Instead of forcing your way through with attacks, you'll want to conserve your HP as much as possible on Hard mode. Hold R1 frequently to block your opponents' attacks and wait for the right timing to strike; timing your block at the right time will execute a Perfect Guard that negates all damage. You'll know you've done it right as time will slow for a split second and Immune will pop up in blue text in place of numbers for damage.

When pulling off a Perfect Guard you can also activate certain weapon skills that provide Yuffie with various buffs.

Keep Distance and Use Incite

With Yuffie's signature ability, she can throw her Shuriken at an enemy and switch to Ninjutsu, ranged attacks that deal magic damage. Doing so will keep you away from enemies and let you target their weaknesses with the various elemental damage you can deal. You can then finish off a combo with Windstorm as it will target whatever you threw the Shuriken at. Pair this with Sonon's Incite ability, which can be learned from the Indurate Staff, so Sonon can distract enemies and allow Yuffie to take less damage and deal more uninterrupted.

There are two reasons why you'll want to make use of Synergy. The first is to deal extra damage against enemies with Synergized Art of War and increase stagger with Synergized Windstorm. The second is that depending on your distance from Sonon, turning on Synergy will cause Sonon to teleport him to you, effectively allowing him to dodge away from attacks that could deal heavy damage to him. Mix and match these to keep your boy safe and healthy!

Synergy Guide: How to Synergize Yuffie and Sonon

Some attacks may be more difficult to dodge normally, so try to keep 1 ATB charge on you if possible to use Brumal Form against attacks like the Crimson Mare's Fusillade that can deal 1000-3000 damage depending on if you block or not.

Get Manuscripts Exclusive to Hard Mode 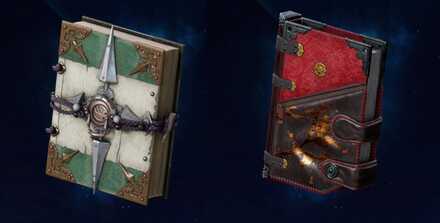 All 14 of Yuffie and Sonon's Manuscripts for additional SP are only available on Hard Mode. These are unlocked through playing Fort Condor or defeating Bosses. You'll want to get all of these to unlock every Weapon Upgrade available to take on the super boss in the Shinra Combat Simulator.

When you complete both Chapters on Hard Mode, you'll unlock the The Road to Revenge Trophy.

In order for us to make the best articles possible, share your corrections, opinions, and thoughts about 「Intergrade: Hard Mode Guide | FF7 Remake Intergrade」 with us!