How to Recover MP in Hard Mode | FF7 Remake 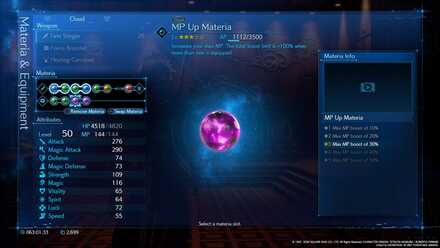 This is a guide on the methods of recovering MP in Hard Mode in Final Fantasy 7 Remake (FF7R). Read on to learn more about the different methods for recovering MP and tips on managing your MP consumption!

Hard mode has some changes that make it... well... hard. One of these is the restriction on the use of items. In battle or outside of battle, none of your items can be used. Another change is benches not recovering MP. That's two of your main MP recovery methods gone in hard mode. So how do you recover MP in hard mode? Here are the ways you can recover MP.
Hard Mode Guide and Best Hard Mode Builds 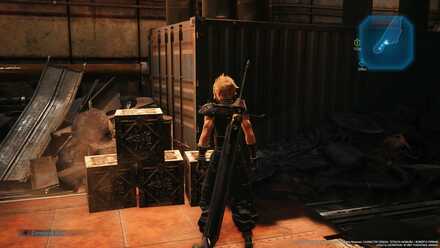 Mako Shards are a way to recover some MP outside of battle. They will not recover much, but something is better than nothing. A trick you can do is to destroy some boxes and save your game. When you reload the save the boxes will have respawned. Rinse and repeat until you have max MP! 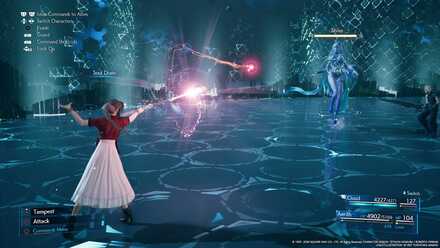 One of Aerith's default abilities is Soul Drain which can be used for MP recovery. This ability will allow her to deal some damage and recover some MP. It does not recover much MP normally, but if used against a Staggered enemy it will recover much more! 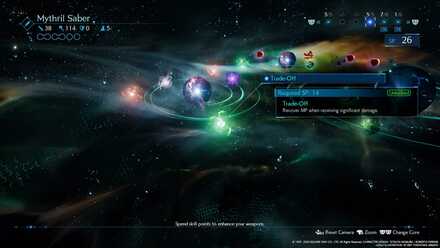 Something that can be easily missed is that MP regenerates during a battle, albeit at a slow pace. The regeneration can be made faster when you acquire the MP Regeneration weapon upgrade. Another weapon upgrade that can recover even more MP is Trade-Off. With this upgrade, you will recover MP when receiving significant damage.
Weapon Upgrade Guide | How to Learn Weapon Abilities 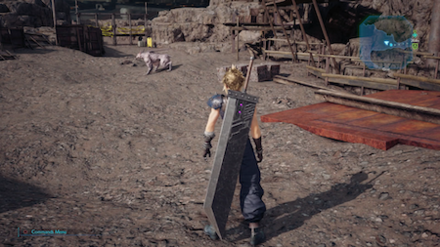 Side quests that have you doing combat will recover your HP and MP to full after completing them. This encourages you to do the side quests without having to worry if you will have enough MP for the rest of the Chapter! You can make use of this by doing the easier side quests to recover needed MP.
List of Side Quests (Odd Jobs)

With so few ways of recovering MP and most of them can take some time, it is recommended that you focus on managing your MP use instead of recovering it. 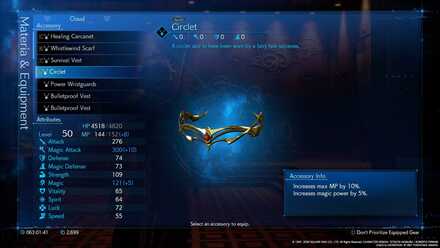 Increasing your maximum MP with materia like MP Up and the accessory Circlet will allow you to cast more spells without worrying about recovering MP. You will not need to recover MP if you have more than enough for the whole Chapter!
Circlet Effect and Stats

Use Chakra or Prayer to Heal 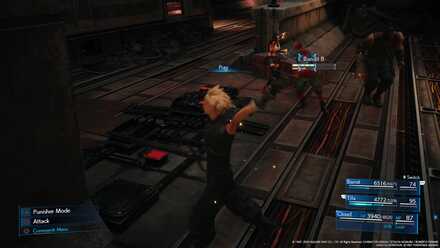 Healing is a necessary ability in RPGs especially on FF7 Remake's hard mode. You will be using a lot of MP just for healing. One way of healing without using MP is using the Chakra and Prayer Materia. They are not as effective as the Healing spells but will make do for most non-boss fights.
How to Get the Prayer Materia

How to Get the Chakra Materia

Combine with Elemental or Magnify Materia 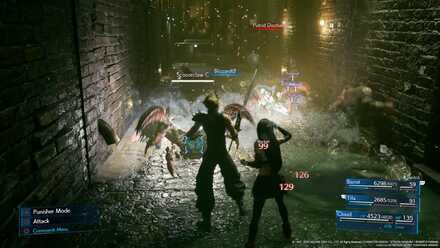 Combining your offensive Materia with Elemental on your weapon can help increase your DPS against enemies weak to the element without having to spend MP! Magnify can also help reduce MP consumption by enabling one spell to affect more than one target.
How to Get the Magnify Materia

How to Get the Elemental Materia 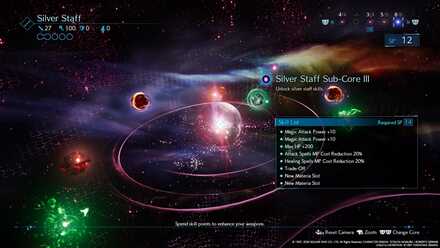 Some weapons have an upgrade that can reduce the cost of offensive spells or healing spells. Make sure to get these upgrades and have that weapon equipped if you are going to be using spells! 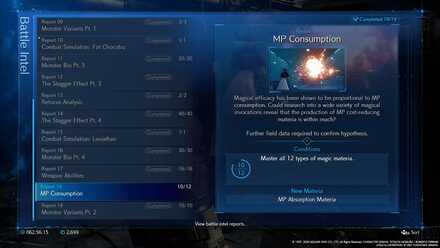 MP Absorption materia will recover MP based on damage dealt with spells. Normally the MP recovered will not be more than what was spent on the spell, but will lessen the cost of the spell. Recommended for Magic attack focused build on hard mode!
Chadley's Battle Intel Reports Guide and Rewards

Register as a member and get all the information you want. (It's free!)
Login
Opinions about an article or post go here.
Opinions about an article or post
We at Game8 thank you for your support.
In order for us to make the best articles possible, share your corrections, opinions, and thoughts about "How to Recover MP in Hard Mode" with us!
When reporting a problem, please be as specific as possible in providing details such as what conditions the problem occurred under and what kind of effects it had.