This is a guide to the Shinra Combat Simulator in Final Fantasy 7 Remake (FF7R). This guide will explain how to unlock the combat simulator, as well as obtainable rewards. If you are having trouble beating battle challenges, read on for tips and strategy!

What Is the Shinra Combat Simulator?

Get various rewards for completing battles 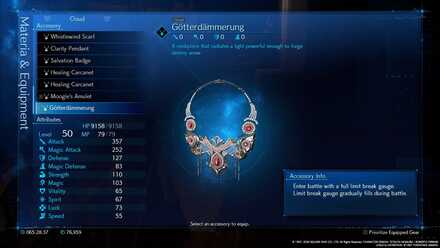 The Shinra Combat Simulator is a facility inside of the Shinra Building that allows you to take on successive battles in order to receive various rewards. Of these rewards, the EXP Up Materia and Gil Up Materia are very useful, so we highly recommend going after them.

Unlock all battles after beating the game

Can be done multiple times to farm EXP

After completing a battle in the Combat Simulator, you can take it on again to receive EXP and Gil. Since the Gil Up and EXP Up Materia are both found here, you can equip them to rake in even more gil and EXP while you take on these challenges.

Three-Person Team vs. Mayor is Best (★3)

Go in equipped with the Lightning MateriaーTheir weakness

The Cutters you will have to fight is weak to Lightning based magic, so be sure and equip the Lightning Materia. If you can stagger it and then unleash Thundara or Thundaga on it, it will drop in no time.

Constantly change control of characters and attack from behind

All of the Cutters' attacks come from their front. If you can position both characters on either side of one and aim to constantly attack from the rear, you'll have a much easier time.
How to Beat Three-person Team vs. Mayor Is Best

Players who purchased the INTERmission DLC for the PS5 upgrade to FF7 Remake and completed both chapters will unlock a fight with Weiss, a character returning from Dirge of Cerberus.

This is one of the toughest battles in the game, and once again only available on Hard difficulty. Don't go into it unprepared!

See more comments (3 Comments)
Opinions about an article or post go here.
Opinions about an article or post
We at Game8 thank you for your support.
In order for us to make the best articles possible, share your corrections, opinions, and thoughts about "Shinra Combat Simulator Guide and Rewards" with us!
When reporting a problem, please be as specific as possible in providing details such as what conditions the problem occurred under and what kind of effects it had.