Watch Out for Fernand's Special!

Fernand's Special, Blazing Thunder, is active at the start of turn 1. This means that whoever that Fernand attacks will take a large amount of damage and will most likely be defeated.

Don't let Fernand attack and defeat him with your units first.

The Green Mage Has Wings of Mercy 3

Be careful when your unit attacks and doesn't defeat a unit on your turn. The Green Mage has Wings of Mercy 3, which will enable them to warp to their ally with low HP.

This Green Mage could pull off a surprise attack on your own units, so either defeat all the enemy units on the map in one battle or bring a dancer.

Use a Tome User to defeat the Lance Knight!

The Lance Knight has Svalinn Shield, Miracle, and Wary Fighter 3, which will make them more difficult to take down with physical damage units and those with armor-effective weapons.

Their Res is low, so use either a blue tome unit with Lancebreaker 3 or a green tome unit.

Tanky Units That Can Counterattack Regardless of Distance

Spring Saleh makes his F2P debut in this battle, aided by Reginn and Eir!

Peony acts as this team's dancer and buffer, giving her allies crucial actions to take out the enemy team.

We are looking for user submitted clears! 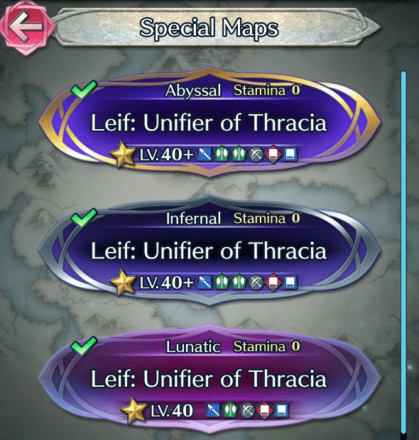 Let us know about your party and how you cleared the maps in the comments below, via a picture of your team and their skills.

If you have uploaded the walkthrough video on Twitter etc., please enter the URL as well!

Register as a member and get all the information you want. (It's free!)
Login
Opinions about an article or post go here.
Opinions about an article or post
We at Game8 thank you for your support.
In order for us to make the best articles possible, share your corrections, opinions, and thoughts about "Fernand: Traitorous Knight Infernal Guide and Recommended Team (Grand Hero Battle)" with us!
When reporting a problem, please be as specific as possible in providing details such as what conditions the problem occurred under and what kind of effects it had.