Who Should You Pull From A Sketchy Summer? | Fire Emblem Heroes (FEH)

This is a page about the A Sketchy Summer summoning event in Fire Emblem Heroes (FEH). If you want to know about the heroes Summer Linde, Summer Tiki (Young), Summer Takumi, and Summer Camilla, or you are wondering who to pull from this banner, please read on.

Who Should You Pull From A Sketchy Summer? 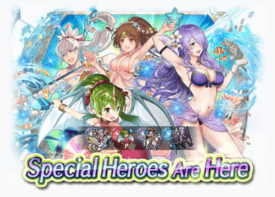 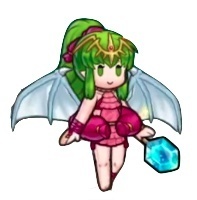 Summer Tiki (Young) was the first flying red dragonstone unit put into the game. Because of this very rare characteristic, she will be able to fill-in very specific niches that only a few other units can. Additionally, she also has access to Dragon Valor 3 which makes training your other dragon units a walk in the park.

Pull if you are in need of a powerful dragonstone unit!

In addition to already mentioned characteristics, Summer Tiki (Young)'s weapon is the only exclusive weapon in this banner. Normally, flying units do not have access to skills like Steady Breath, but Tiki's weapon has its effect built into it! This further boosts Tiki's uniqueness and ability to run crazy effective builds. With enough investment, Summer Tiki (Young) can be a powerhouse in many kinds of teams including all-fliers or all-dragons lineups!

Pull if you are in need of flier firepower! 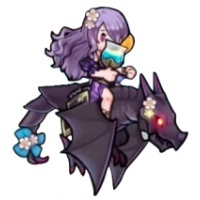 Summer Camila is a blue tome flier who specializes in the player phase. She boasts 2 skills that helps her give value in flier emblem teams, Flier Formation and the well sought for Hone Fliers. You may want to pull for her if your flier emblem team is in need for a blue unit.

Register as a member and get all the information you want. (It's free!)
Login
Opinions about an article or post go here.
Opinions about an article or post
We at Game8 thank you for your support.
In order for us to make the best articles possible, share your corrections, opinions, and thoughts about "Who Should You Pull From A Sketchy Summer?" with us!
When reporting a problem, please be as specific as possible in providing details such as what conditions the problem occurred under and what kind of effects it had.