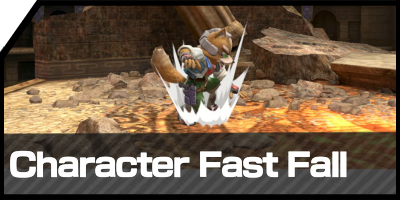 This is a ranking of all characters' fast fall speeds in Super Smash Bros Ultimate (SSBU) for the Nintendo Switch. Read on to learn which characters are fastest when falling.

What is Fall Speed?

How fast a character falls after pressing down in the air

Characters have a speed when falling and fast falling. Typically, a character's speed increases by about 60% when they fast fall. Fast Falling is a technique where you press down on the control stick at the apex of a jump. This will allow the character to return to the ground quicker than normal.

How to Fast Fall

Register as a member and get all the information you want. (It's free!)
Login
Opinions about an article or post go here.
Opinions about an article or post
We at Game8 thank you for your support.
In order for us to make the best articles possible, share your corrections, opinions, and thoughts about "Fast Fall Speed List: Fall Speed Ranking of All Characters" with us!
When reporting a problem, please be as specific as possible in providing details such as what conditions the problem occurred under and what kind of effects it had.