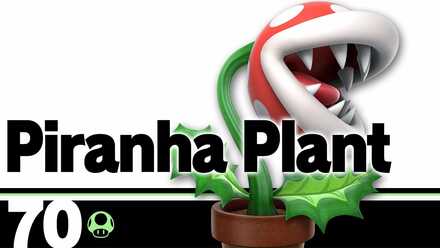 This is a guide to using Piranha Plant in Super Smash Bros. Ultimate. Piranha Plant's bread and butter combos, how to unlock, frame data, alt costumes and skins, as well as Piranha Plant's matchups, counters, and tier list placement can all be found here.

A fighter that uses unique projectiles to limit the opponent's options

Piranha Plant can use their unique projectilesーPtooie (neutral B) and Poison Breath (side B)ーto limit the opponent's movent and bait out an option. It has some decent combos, as well as great grab follow ups, and even a kill throw (Up Throw). Their recovery also allows them to travel a very far distance, allowing them to safely make it back to the stage, and combined with their weight, gives thm good endurance.

Piranha Plant's main weaknesses are its poor mobility (speed), and mediocre frame data, with noticeable lag on most aerials. It also has poor range, giving Piranha Plant a hard time against characters with large hitboxes. It's body is rather big and easy to combo, so it has a rather poor disadvantage state as well. Overall, Piranha Plant is best played in a bait and punish type playstyle, where you use projectiles to trick opponents into picking a bad option, then punishing them for it.

1. -2 = Disadvantage. -1 = Slight Disadvantage or Even. 0 = Even. +1 = Slight Advantage or Even. +2 = Advantage.
2. The matchup chart was based around both the opinions of professional players of each character, as well as our own experience through playing Piranha Plant.
3. Characters within each tier are unordered
4. Pokemon Trainer's individual Pokemon (Squirtle, Ivysaur, and Charizard) as well as Echo fighters with no significant difference than their regular counterpart are not shown.
5. For other characters who are not shown here, we are still investigating the matchup.

Up tilt combos will only connect at lower percents. It is an easy and powerful combo.

Up Tilt→Fair (Nair, Up Air)

A combo that works at middle percents. For this combo, forward air deals the most damage and is recommended.

Down Tilt→Nair (Fair, Up Air)

For this combo, forward air deals the most damage and has the highest range of percents, so it is recommended.

When you manage to grab your opponent, try out this combo for reliable damage.

Piranha Plant jabs with its leaf, followed by a flurry of biting, then one final bite that can launch the opponent. 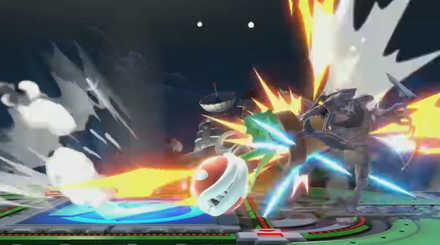 Piranha Plant's Dash Attack has it launching pot first towards its enemy in a dropkick-like fashion, with good range.

Piranha Plant bites forward with its Forward Tilt, which is good for poking, especially because it has a quick start up and its mouth is intangible.

Up Tilt has Piranha Plant swing its head from side to side, with a hitbox behind Piranha Plant and intangibility for its head. An ideal choice for intercepting aerial attacks.

Down Tilt launches your opponent as Piranha Plant sweeps their legs with his leaves, making it a good combo starter. 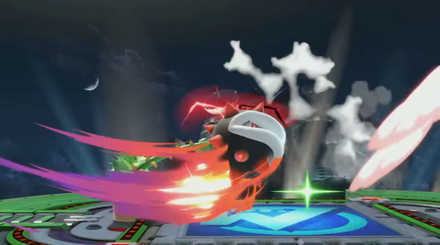 Piranha Plant grows spikes and mauls its opponents with its head in this move. Its head becomes intangible, and the move's knockback is good. 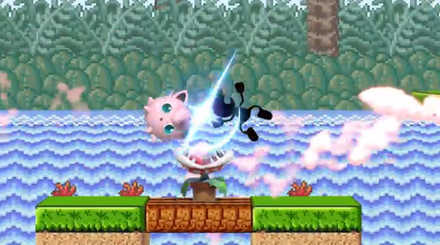 Piranha Plant bites upwards, which can be used as an out of shield punish. 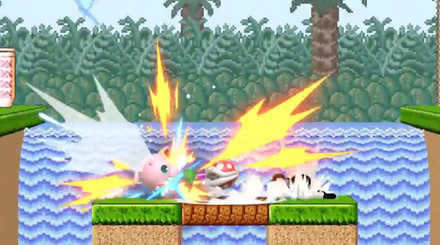 Piranha Plant sweeps both sides of the ground with its pot, knocking its opponent back. The knockback is the ideal distance to use Ptooie (Neutral Special) for an edgeguard. 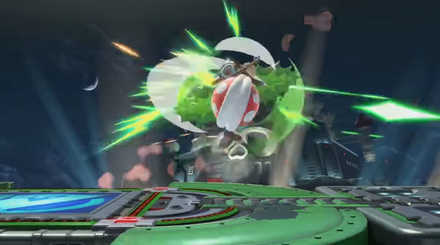 Piranha Plant's Neutral Air has it spinning in a circular motion, which makes it a great anti-air and viable to hit low as well to intercept midair. 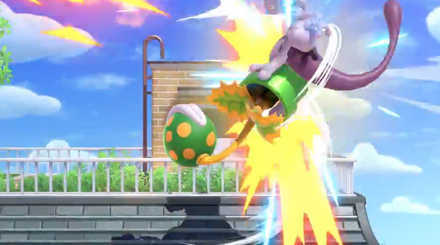 Piranha Plant's Forward Air swings its pot to the front quickly. With its fast start up time, it makes it ideal for intercepting enemies in the air.

Back Air is Piranha Plant's most powerful aerial, and has a flame effect. It is very useful as a KO move. 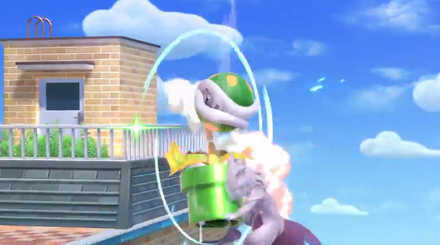 Piranha Plant smashes down with its pot in its Down Air, which has good meteor capability. It can be used to shoot down opponents.

Up Air makes Piranha Plant swing its head in an upward arc, which makes for a good anti-air or a combo starter. 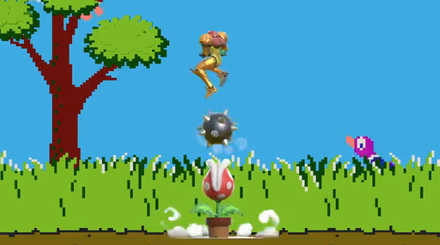 Called Ptooie, this special shoots a metal ball above Piranha Plant and has him spitting it towards enemies, hence the name. The ball is heavy and travels in a downward arc when fired, although it can be cancelled to try and trick the opponent.

It is one of Plant's most useful moves, as it can restrict the opponent's movement in neutral, and can also be used to get KOs after an opponent is hit offstage. 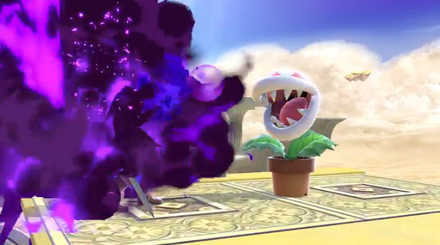 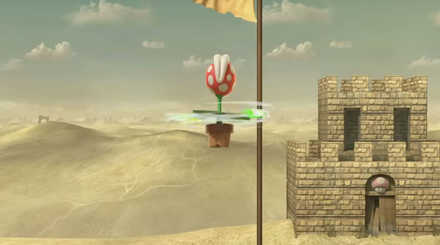 Piranha Plant flies with leaves as its propellers, with hitboxes in its leaves. Take note that your head is vulnerable, and you can be spiked while doing this. 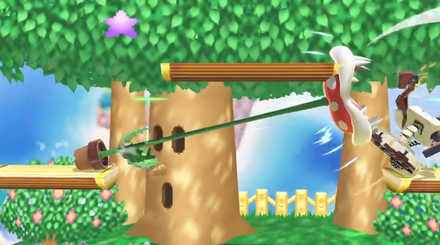 Piranha Plant digs itself into the pot, then launches and extends itself. The longer you hold it the stronger and longer you get. The pot can also tilt left and right, but once you commit to a direction you cannot return. It has super armor when launching, and will deal a ton of shield damage.

Forward Throw will strike your opponent with Piranha Plant's head. Even at low percents it will send opponents away, so it can’t be used to combo. 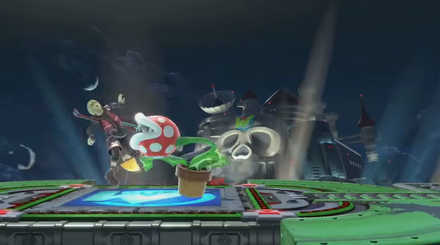 Back Throw will toss your opponent behind you. It can’t be used to combo, so instead use it to get opponents off stage. At higher percents, it can KO near the ledge.

Down throw has Piranha Plant knocking its opponent to the floor and biting them. The move can also combo into aerials, making it the go-to throw at low percents. 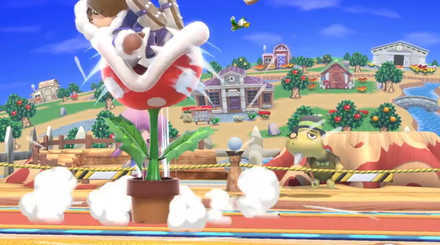 Up Throw chews up an opponent then launches them upwards. At high percentages (around 160%) it can kill an opponent.

How to Get Piranha Plant

Until January 31st, 2019, Piranha Plant was given for free to Smash Ultimate players who purchased a digital copy, or registered their physical version with a Nintendo Account. From February 1st, 2019 onward, it was made available from the Nintendo eShop. Unlike other DLC fighters, Piranha Plant is not included with the Figher's Pass, and thus must be purchased separately.

Open up the Nintendo eShop 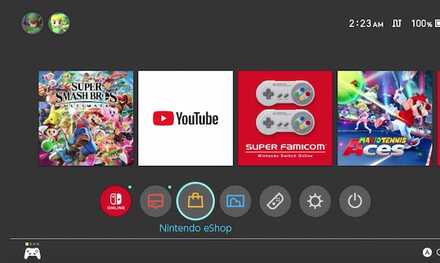 From the Switch's main menu, select the Nintendo eShop icon. 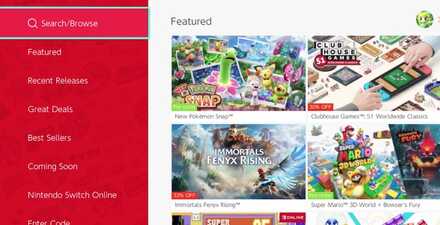 After it loads, go to the top bar, and type in “Piranha Plant”, then search.

Open up Piranha Plant's page and proceed to the purchase screen 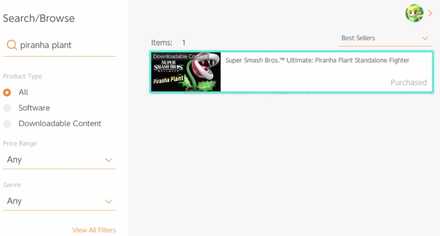 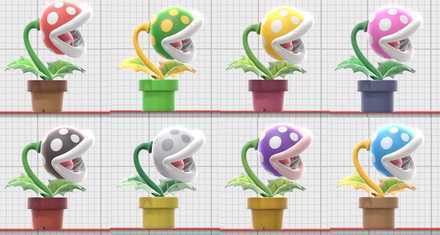 In order for us to make the best articles possible, share your corrections, opinions, and thoughts about 「Piranha Plant Guide: Matchup Chart and Combos | Super Smash Bros Ultimate」 with us!