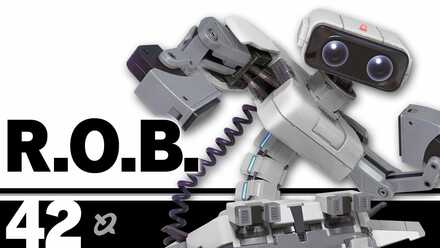 This is a guide to using R.O.B. in Super Smash Bros. Ultimate. R.O.B.'s bread and butter combos, how to unlock, frame data, alt costumes and skins, as well as R.O.B.'s matchups, counters, and tier list placement can all be found here.

R.O.B. can make use of his neutral and down specials to zone opponents out and control the stage. His neutral B is a lazer, which will become stronger as time passes between uses, and a disc, which can be used as a thrown item for comboing. His down throw is also useful for burying opponents, which can be followed up with an Up Smash to finish off opponents with higher percents.

R.O.B. is a heavyweight character, so he has the typical disadvantages of having a large hurtbox that is easily hit by projectiles, as well as lag on attacks. R.O.B. also has somewhat poor range on his normal attacks, and does best when he can keep his distance in zoning his opponents from a safe distance.

1. -2 = Disadvantage. -1 = Slight Disadvantage or Even. 0 = Even. +1 = Slight Advantage or Even. +2 = Advantage.
2. The matchup chart was based around both the opinions of professional players of each character, as well as our own experience through playing R.O.B..
3. Characters within each tier are unordered
4. Pokemon Trainer's individual Pokemon (Squirtle, Ivysaur, and Charizard) as well as Echo fighters with no significant difference than their regular counterpart are not shown.
5. For other characters who are not shown here, we are still investigating the matchup.

R.O.B. has pretty good out of shield options, with several moves coming out in 10 or less frames. Since he can pick up his Gyro and use it as an item, throwing it from shield is a powerful and low committal option which can be done in 7/9 frames depending on whether the opponent is in front of you or behind you. Up smash will first hit on the sides of R.O.B., before comboing into the hitbox above him, which deals heavy damage and knockback, making it a quick and powerful punish. Lastly, his down tilt is as fast as a jab, so in some cases, simply dropping shield and using down tilt is a good option as well.

One of R.O.B.'s fastest attacks. Jab can also be used to jab lock opponents, and it works great as a get-off-me attack.

Dash attack comes out fast and has hitboxes above R.O.B. which makes it a good tool for catching your opponents trying to land or to counter an opponent's aerial approach. It does not cross-up shields though, so avoid using it directly on a shielded opponent, or you will be punished.

Forward tilt comes out fast and can be angled up or down. You can use it to change your direction after a dash, but the attack has short range, so it is not the best tool for whiff punishing.

Up tilt comes out fast but has poor range on the sides, making it difficult to hit. Typically neutral air or up air will be better anti-air options.

Down tilt has extremely fast start up and very little endlag, and can be used to combo into several things at close range. It also has the potential to trip opponents. It is one of R.O.B.'s best boxing tools for close range.

Forward smash has excellent range, damage, and knockback. It can also be shifted up and down to hit opponents in the air or closer to the ground, but the hitbox closer to R.O.B.'s eyes deals higher knockback and damage than the tip.

R.O.B.'s up smash has good damage and knockback. Up smash can be connected from a down throw to KO an opponent, but note that it will not connect on small-bodied opponents. It can be used as a KO option out of shield to punish an up close attack, but it has high end lag.

R.O.B.'s down smash comes out fast and has a long, lingering hitbox. This makes down smash a great option for catching your opponents rolls.

R.O.B.'s neutral air has a wide range that covers all around R.O.B. It comes out slow, but has little landing lag and covers the whole area around R.O.B., so it can be used as a poking tool or get-off-me attack. It can also be useful for edgeguarding off stage. It is -4/-3 on shield, making it a very safe poking tool.

R.O.B.'s forward air comes out much faster than nair, making it a better option for beating out your opponent's attack when they are close by. Forward air is also safe on shield (-6), so use it as an aerial pressure tool.

R.O.B.'s back air has good damage and knockback. However, it has a slow start up, so you will have to throw it out before the opponent makes a move. If not, the opponent's attack will likely beat it out.

Back air also blows R.O.B. forward a bit and can be used to assist your recovery.

R.O.B.'s up air comes out fast and has a lingering hit box, making it easy to juggle opponents. The ending hit of up air can also KO, so try to put opponents at high percent into disadvantage to finish them off with it. It can be combod into from a down throw.

R.O.B.'s up air has a meteor hitbox on a clean hit. The explosion from R.O.B.'s thrusters can hit below the stage, allowing you to spike opponent's attempting to grab the ledge.

A charged beam and super charged beam can travel far and bounce off the ground. Robo beam can also be angled either up or down. It is a great long-range tool for R.O.B. to zone out opponents alongside the Gyro.

R.O.B. swings its arms around rapidly, dealing mutliple hits. If you rapidly press the special button, the attack will be extended. During this attacks, R.O.B.'s arms will deflect projectiles. This move can be used to catch rolling opponents or for edgeguarding. It is very powerful as a combo finisher near the ledge, and can lead to early KOs.

Up special allows R.O.B. to hover freely by using its thrusters. It can be restarted freely as long as their is sufficient fuel, and R.O.B. can attack or dodge while hovering to cancel the move. The amount of fuel can be checked by looking at R.O.B.'s fuel gauge meter on its body. This move boasts fantastic recovery, and by timing your B presses instead of constantly holding it, he can cover a great distances. This move will refuel as long as R.O.B. is grounded, but be careful not to edgeguard too aggressively or you may run out of fuel.

Using back air can also help to cover more distance, but its ending lag can make it quite punishable.

Down special brings out a Gyro that can be charged up and shot at oppenents. Distance and damage will increase with the charge. Charging Gyro can take quite a bit of time while in battle, but it can cancel into many moves such as shield, jump, dodge, and the special button.

Once thrown, the Gyro acts like an item that can be picked up and thrown by anyone. If R.O.B. is holding the Gyro, it can be charged once again. It functions as a useful projectile attack and can be used to harass your opponent from a distance. Placing a spinning Gyro can also limit your opponent's movement, as it is active while spinning on the ground, and will damage an opponent who touches it. Gyro can lead into combos and edgeguarding options as well, so make use of it with the Robo Beam to zone opponents out and combo them up close.

Gyro can be fully charged after a successful forward throw. It is also a useful tool to throw your opponent off stage.

Gyro can be fully charged after a successful back throw. It is also a useful tool to throw your opponent off stage.

Up throw can connect into up air, racking up a nice amount of damage. Up throw is a go-to throw to combo into other attacks, and it can KO at high percents.

Down throw will bury the opponent in the ground. Depending on the amount of damage the opponent has, they will stay buried longer. At high enough percents, up smash can also connect from down throw, making it one of R.O.B.'s KO options. At mid percents, it will also combo into an up air. 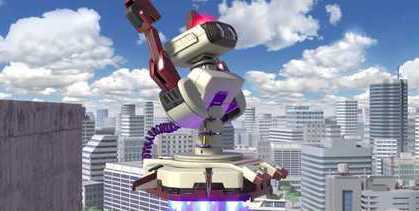 R.O.B.'s recovery now shows how much fuel it has left. This will make recovering much easier to keep an eye on.

How to Unlock R.O.B.

There are three ways to unlock R.O.B.. Completing any of these, then defeating R.O.B. when they appear in the “a New Challenger Appears” screen will allow you to use them afterward. 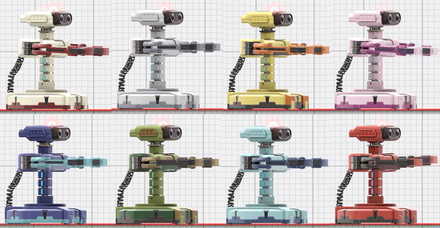 Register as a member and get all the information you want. (It's free!)
Login
Opinions about an article or post go here.
Opinions about an article or post
We at Game8 thank you for your support.
In order for us to make the best articles possible, share your corrections, opinions, and thoughts about "R.O.B. Guide: Matchup Chart and Combos" with us!
When reporting a problem, please be as specific as possible in providing details such as what conditions the problem occurred under and what kind of effects it had.