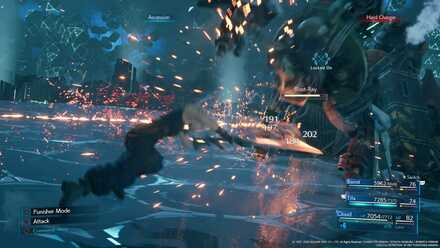 This is a guide to beating the Shinra Combat Simulator challenge Three-Person Team vs. Team Ragbag in the game Final Fantasy 7 Remake (FF7R). This article explains what enemies you will face, recommended equipment and materia, and tips and strategies for defeating them. 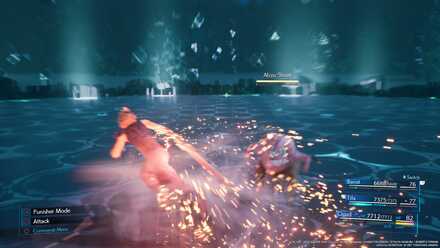 This single Abzu Shoat is an easy fight and should not give you much trouble. If you do need a way to make it easier to beat, you can equip Fire materia on one of your party members just for this fight. 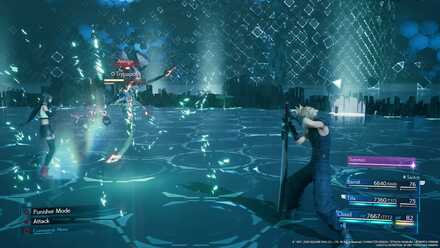 Attack Trypapolis While It Uses Dance

The Trypapolis can take awhile to beat. Take out the Varghidpolis first with the help of Ice magic then focus on the Trypapolis. Watch carefuly and attack when it uses Dance. It should create a clone right after. This clone is weaker compared to the original and when beaten the original will also take damage and get pressured. Rinse and repeat to defeat it! 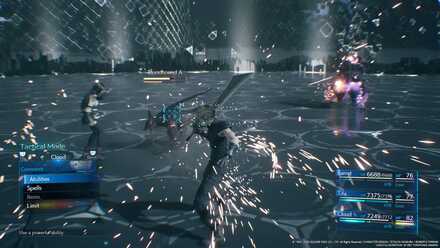 Stop, Sleep or Stagger the Bloodhounds

The Bloodhounds are weak to Ice magic, but it can be hard to hit with how much they move. Try timing your spell when the Bloodhounds attack. You can also just use Stop, Sleep or just stagger it to stop it in its tracks.

Hitting an Ice spell will immediately put the Hellhound into a pressure state, but it can be pretty difficult to hit. You can instead cast a healing spell on the Hellhound first. Do not worry about it being healed. It will actually deal damage and put it into a pressured state for you to attack with Ice magic. 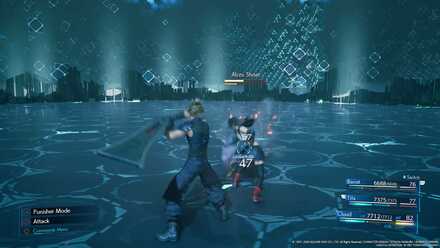 The Smogger is not a tough fight if you just keep distance and wait for it to use Haywire Haze. When it uses that move, that is your opportunity to hit it with Lightning magic. This will put it into a pressure state. 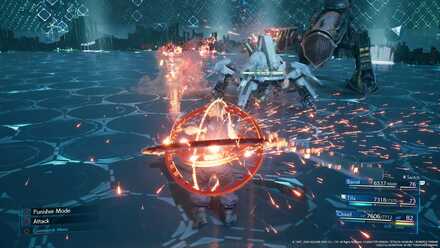 Lightning Magic Effective Against Both

Both of these enemies are weak to Lightning magic. Having it linked with Magnify will make this fight much mor easier.

Switch to Barret or Rely on Spells after Staggering Blast-Ray

The Blast-Ray will a force field that will push you away once it is staggered, making it hard to follow up with attacks. Switch to Barret or make sure you have enough ATB to cast Lightning magic after staggering it.

You can only get one magnify to my knowledge so these materia wont work.

Register as a member and get all the information you want. (It's free!)
Login
Opinions about an article or post go here.
Opinions about an article or post
We at Game8 thank you for your support.
In order for us to make the best articles possible, share your corrections, opinions, and thoughts about "How to Beat Three-Person Team vs. Team Ragbag | Shinra Combat Simulator Guide" with us!
When reporting a problem, please be as specific as possible in providing details such as what conditions the problem occurred under and what kind of effects it had.