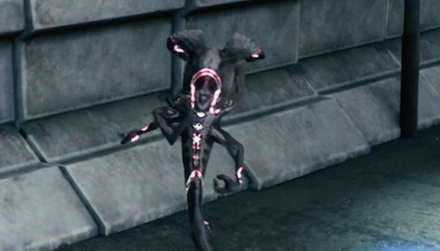 This is a guide to beating the Boss Trypapolis in the game Final Fantasy 7 Remake (FF7R). This article explains Trypapolis's attack patterns, weaknesses, and tips and strategies for defeating them.

A subspecies of the varghidpolis that was created in experiments that violated every precept of bioethics. They can multiply by simple fission.

If their attacks are interrupted while they are dancing, they clone themselves. Defeat the clone first to deal with the original effectively.

No Enemy Skills can be learned from Trypapolis.

As Trypapolis is fought in Chapter 14, Aerith will be missing from your party.

You'll be focusing on hitting repeatedly to raise the Trypapolis' Focus Gauges. Tifa is a great choice because she has a high damage per second rate, and her Abilities work well to fill up Focus Gauges and Stagger them.

Focus on one at a time to Stagger it 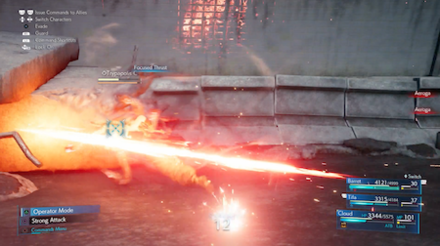 In a three-on-three match, it can be tempting to divide up your time among the three enemies, but be sure to focus on hitting each one at a time, without spreading your damage output too thin. As Trypapolis is resistant to both Physical and Magic attacks, you'll want to focus on Staggering by hitting one with a flurry of attacks. Staggering will provide the damage and ATB boost needed to finish the job, so try taking them down one by one.

Attack Them While They're Dancing 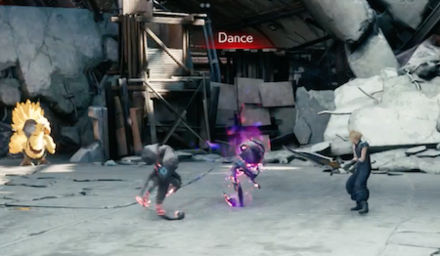 When they start dancing go after them! Attacking them during this ability will cause them to split in two, producing a Proto Trypapolis. While this may increase the number of enemies on the field, the Proto Trypapolis are not only weaker and have less HP, taking them down will reduce the Trypapolis it split from's HP by 30%! As the Trypapolis has high physical defense and doesn't stay staggered for long, this is one of the best ways to take care of them.

Watch out for Screech 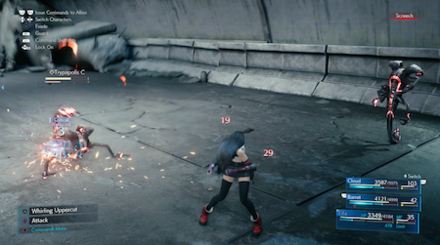 The Trypapolis love to use Screech, a ranged attack that will leave your party members anywhere close paralyzed. As soon as you see the Screech Ability name, stop attacking and start blocking! You can block this attack to prevent its Paralyzing effect, and as it doesn't deal much damage, you'll be ready to deliver the next blow right away.

Use Poison to deal consistent damage 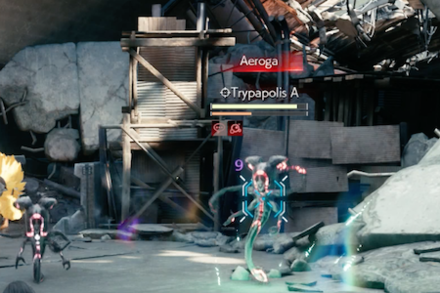 As Trypapolis takes reduced damage from both Physical and Magic attacks, finding other methods to deal damage to it can be helpful. Poison, which is not affected by Magic resistance, is a great way to deal consistent damage to Trypapolis throughout the battle.

How to Get the Poison Materia 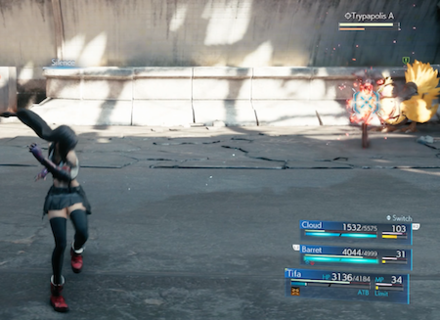 Aeroga is Trypapolis's most powerful attack, dealing 600-700 damage with each hit. If it's causing repeated damage to your party, hit it with Silence to completely block it from using Aeroga. As Trypapolis's other attacks don't have a high damage output, this should prepare you to hold strong if you're expecting a long fight.

In order for us to make the best articles possible, share your corrections, opinions, and thoughts about 「How to Beat Trypapolis | Boss Guide | FF7 Remake」 with us!