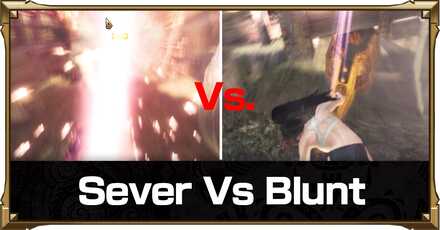 This is a guide to Cut and Blunt, a type of damage in Monster Hunter World (MHW) Iceborne. Read on to learn the effects of Cut (Sever) and Blunt damage type and when to use which one.

Sever Can Cut Off a Monster's Tail

As the name suggests, Sever damage type is a damage type that can deal slash damage to monsters. This damage type is often utilized in cuttin monster tails. This can reduce the monster's effective range with certain attacks. 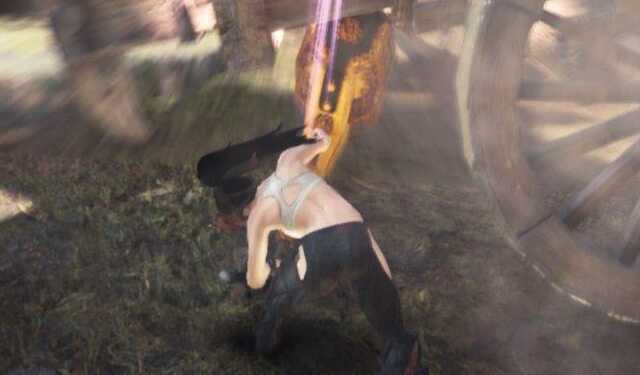 While blunt weapons can only contribute to a tail's part damage, it is impossible for them to completey cut off a monster's tail. To compensate, Blunt weapons can build up stun rate by hitting a monste's head. By maxing the stun rate, monsters will be stunned and will be vulnerable for a short period of time. Stun rate is invisible to the player!

What Damage Type Does Ammo Deal?

Depends On the Used Ammo

There are several ammo types in the game, there are slicing ammo that deals Sever damage to monsters and can be used to aid blade users in cutting off a monster's tail while the Sticky Ammo deals blunt damage. However, in general, ammo deals neither of the two damage types,

Register as a member and get all the information you want. (It's free!)
Login
Opinions about an article or post go here.
Opinions about an article or post
We at Game8 thank you for your support.
In order for us to make the best articles possible, share your corrections, opinions, and thoughts about "Difference of Cut and Blunt Damage Type" with us!
When reporting a problem, please be as specific as possible in providing details such as what conditions the problem occurred under and what kind of effects it had.