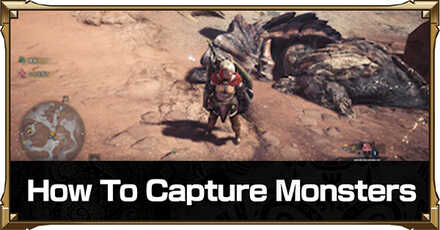 Signs That Monster Is Ready To Capture

Before dropping traps and bombs, there are signs the monster shows to signify that it is ready for capture. Make sure you keep a note of these! 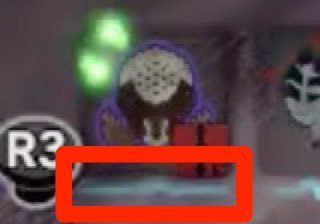 At the bottom left of the screen, monsters in the area are shown. On the bottom of the icon, there is are ECG waves, much like that on a heartbeat monitor. When the line begins to slow down and flatten out, these are one of the signs that the monster is ready for capture. 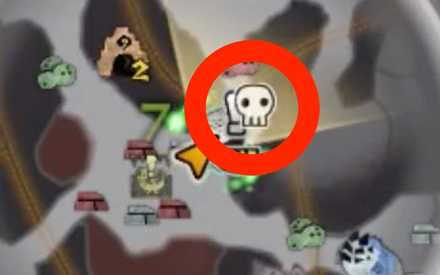 If there are enough Investigation Points collected, the map will show a cross where the monster is as a sign that it is dying or ready for capture.

Monster is Limp While Walking

Another visual cue is how the monster moves. If the monster is ready for capture, you will see a limp in the way it walks.

How To Capture Monster

Once you see the signs that a monster is ready for capture, make sure you have the materials and knowledge to do so!

It can be slightly harder to capture a monster if it is not sleeping because this can cost you some material if the monster is not trapped or if the timing is wrong.

if the monster is already limping, it is most likely that it is going to sleep. You can just follow the monster as it limps away and trap it after it sleeps. Make sure you do not get too close to it before it sleeps, this can aggravate it and it will not go to sleep and instead continue in battle.

Two Tranq Bombs must be dropped for the monster to be captured, before or while it is on the trap.

If the monster is sleeping, it is better to drop the two Tranq Bombs at the monster's face before applying the trap.

Make sure to have this ready, if not, the trap will not work and you will have to craft them on the spot or fight the monster and not be able to capture it.

The trap is the next essential object in capturing a monster. The monster must step into the trap for it to work.

Why would someone go through the trouble of crafting materials and checking for signs when hunting? Well, there are great advantages to capturing a monster instead of slaying it!

Capturing a monster increases your research points. Once you return after capture, you will see the monster sleeping at the base. Instead of bringing back material and clues for the Ecological Resource Center to study, you've given them the monster itself!

Capturing a monster can greatly reduce hunting time. Monsters can be captured once a certain health threshold is reached. This does not mean that if you continue battling a monster when you have seen the signs of weakness that it will easily die.

Capturing the monster removes the entire end of slaying a monster by trapping it instead of waking it up.

Capturing a monster increases the rewards that you receive from a quest! If the reason for the hunt or quest is to farm materials for armor or weapons, it is better to capture the monster instead of slaying it to increase the chance of receiving the reward needed. Keep in mind that the number of rare drops does not increase when capturing.

In order for us to make the best articles possible, share your corrections, opinions, and thoughts about 「How To Capture Monsters | Monster Hunter World (MHW)」 with us!