This is an article about the difference between Alpha armor sets and Beta armor sets in Monster Hunter World (MHW) Iceborne. We also share more info about Gamma armour and the relation of all alpha, beta, and gamma armor sets

Alpha Armor has more innate skills that are focused on a certain bulld. Some examples are the Silver Sol Set which provides an abundant amount of affinity while providing an Affinity based set bonus for elemental strikes.

Beta Armor is Focused on Flexibility

The Beta Armor takes the armor's main skill but reduces it's level or reduces the amount of skills it has. To compensate, the armor gains more decoration slots which allows players to customize the armor to their liking. This is handy if you wish to use a set then incorporate other armor into your chosen set.

Alpha armor is extremely build specific which makes it hard to be used in other builds. Meanwhile, you earn decorations every game and after several hours of playing, you'll have enough decorations to customize your armor to gain all the skills you need.

Both Has Skill Related to the Armor Build

An armor set that's focused on guarding will have most of its having the guard skill whether it be alpha or beta. To build your own armor, always consider the armor set's specialty. WIth this in mind, you can pretty much, craft mostly Beta armor and still be able to craft builds that can be effective.

Both Versions Counts Towards the Set Bonus

This is the biggest similarity that Alpha and Beta armor share with each other. An armor set requiring 3 pieces of the set will still trigger it's effect with 2 alpha set and one beta set. No need to lock yourself to a specific armor version when trying to complete armor set bonuses.

What Are Gamma Armor Sets?

An Armor Set With Different Skills

Unlike the Alpha and Beta armor sets, the Gamma armor set has it's own unique set of skills. Most gamma armor also has an overabundant amount of skills which makes them extremely worthwhile, however, to obtain them, you'll have to slay the Arch-Tempered Version of the Armor Set's owner. 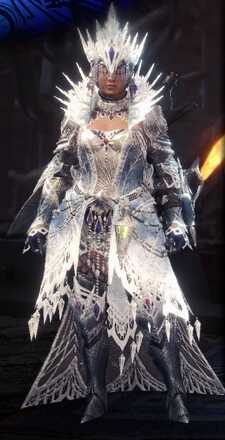 Gamma armor sets also counts towards the set armor count for armor. Equipping two Gamma Rimeguard armor, one beta, and one alpha will allow you to activate Frostcraft, Rimeguard's 4 piece set. The Gamma armor may be tough to get but gaining the abiltiy to craft them opens up many build opportunities for the curious hunters.

In order for us to make the best articles possible, share your corrections, opinions, and thoughts about 「Alpha Or Beta Armor | Monster Hunter World (MHW)」 with us!