The most efficient way to hunt a monster is to take advantage of openings. Mounting creates a valuable opportunity to deal massive damage. Read on to learn the different ways to mount during a hunt! 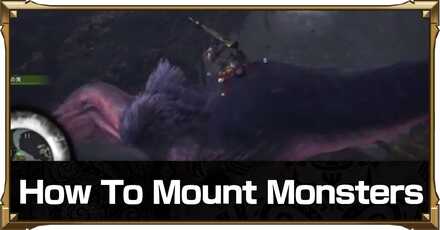 How To Mount Monsters

Mounting a monster may take quite a bit of skill, but once you have the timing and movement down, it creates a huge window of opportunity to deal massive damage!

Keep note that this list will explain different ways to mount a monster but one factor does not change, you must deal enough damage on the way down to mount the monster. If not enough damage is output, the mount will not be succesful.

What To Do When Mounting Monster

Once the monster is sucessfully mounted, the question is how to successfully take it down. To do this, you must be able to stay on it! 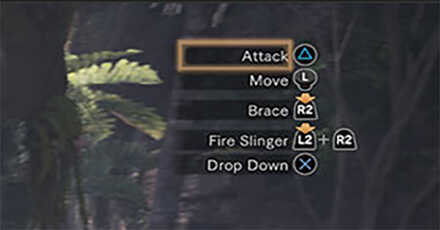 When mounting the monster you can attack the monster. Each attack will deal 1 damage. It is best to reserve this for when the game instructs you to instead of depleting stamina.

There is an option to move and change the body part of the mosnter the hunter is on. To increase the chance of breaking this part, make sure that it is where you are mounted before the finishing attack.

Moving around depletes a lot of stamina so do not use it too much. The higher damage is tempting but the end goal will be impossible if you are thrown off. Though take not that moving while you are expected to brace does not deplete stamina. 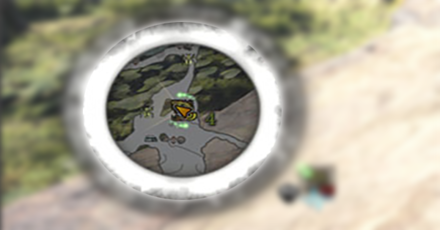 The end goal is to complete the finishing attack. The game will prompt you to perform an attack that variest per weapon. Once this is performed, the monster will go down, then the window of opportunity to deal damage is open!

The map will glow white when the monster is about to go down.

In order for us to make the best articles possible, share your corrections, opinions, and thoughts about 「How To Mount Monsters | Monster Hunter World (MHW)」 with us!