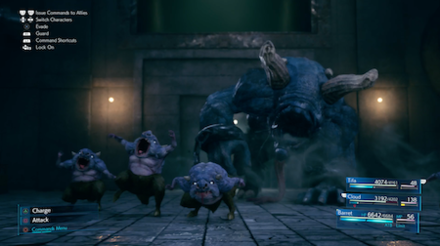 This is a guide to beating the Boss Abzu (2nd Fight) in the game Final Fantasy 7 Remake (FF7R). This article explains Abzu's attack patterns, weaknesses, and tips and strategies for defeating it on both Normal and Hard Mode.

A giant beast that Don Corneo keeps in the sewers. Much more intelligent than it appears, it uses the surrounding environment to its advantage and attacks with sewer water.

Offspring of Don Corneo's pet, Abzu. These feocious creatures live in herds down in the sewers. They immediately attack anything that moves.

All attacks have only a slight effect on its stagger gauge.

No Enemy Skills can be learned from Abzu.

Unlike the previous fight, you'll have Barret in your party this time to attack Abzu from long range. Equip Elemental Materia + Fire Materia to Barret to deal consistent damage to him throughout the fight, even when he moves out of range.

Otherwise, consider placing the Elemental + Fire combination on Cloud instead and using Iron Blade's Triple Slash to wipe out the Abzu Shoats that cause a nuisance this time around.

How to Get the Elemental Materia

Abzu is encountered for the second time in the sewers in Chapter 14. Compared to the first time you battle him, he can dish out heavy damage with each attack, so don't take him too lightly just because you beat him the first time.

He'll also have Abzu Shoats to back him up this time, which continue to grow stronger throughout the fight. Be sure to keep track of each of your characters' HP, as they can go down quickly if you're not paying attention.

Use Fire Magic and Ifrit 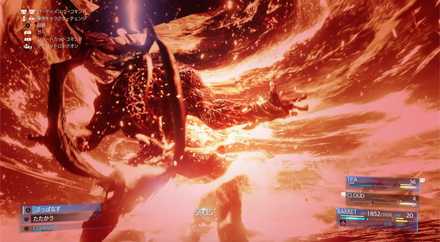 Like in the first battle with Abzu, he will be weak to Fire Magic, so equipping Fire Materia and summoning Ifrit will deal big damage to Abzu each time.

Equpping Elemental Materia together with Fire Materia will allow your standard attacks to hit with increased damage as well.

Take down the Abzu Shoats starting in Phase 2 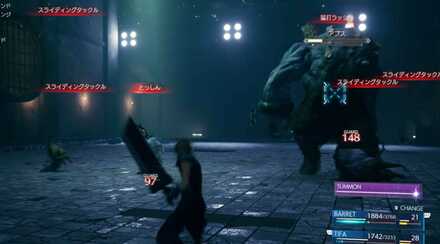 In Phase 1 of the fight, they won't pose much of a threat, but the Abzu Shoats fighting alongside Abzu this time will start to use new moves like Headbutt and Diving Tackle in Phase 2 of the fight. At this point, take them down with Fire Magic before they cause too much of a hassle to your party.

Destroy the Tail and Shorten its Range 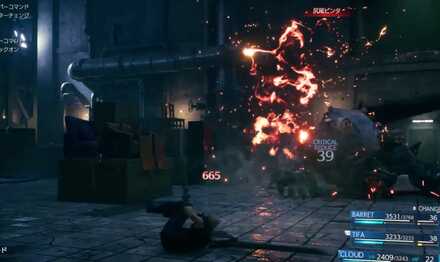 Unlike the first time you fight him, Abzu's Tail has been added as a target, and he will use it together with new Abilities. By destroying his Tail, you can shorten his attack range and disable his Tail attacks, so be sure to target it right off the bat.

Watch your HP when it's Enraged 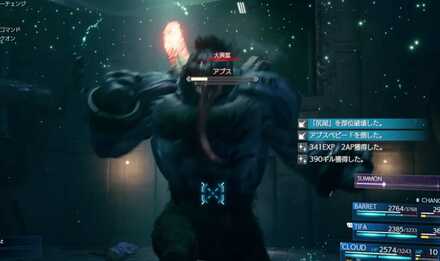 When Abzu's HP is cut down to 30%, his horns will get red and he will use the Enrage Ability. His Attack will be significantly increased, and any of his attacks will deal about 1000 damage apiece, so be sure to watch your characters' HP carefully until the fight is won.

Avoid the drains before Backwater Deluge 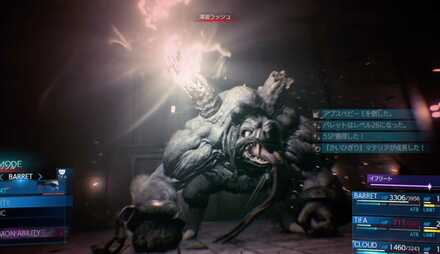 Abzu will use Backwater Deluge to unleash waves of sewer water onto your party, hitting for about 1500 damage if you get caught by it. When you see Abzu preparing this attack, move to a position out of the line of fire of the drains. The left and right drain will start the attack at different times, so be wary and watch carefully when avoiding this attack.

Compared to the first battle with Abzu on Hard Mode, he's become significantly harder to Stagger by simply throwing Fire Magic at him. Although it continues to be an effective method of dealing damage, you won't be able to disable him the way you were in Chapter 10.

Focus on Breaking the Horn First 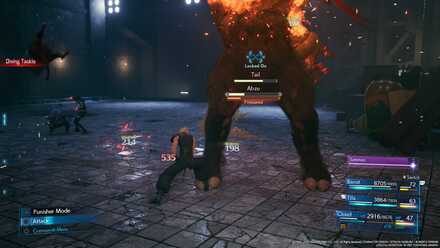 While you can target both Abzu's horn and tail, they both take awhile to break. It is better to focus on the horn first. It has less health and can be broken first. 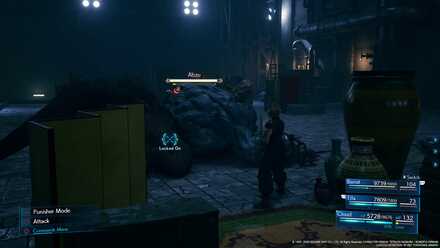 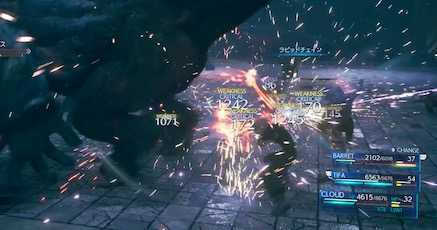 By equipping Cloud with the Elemental + Fire Materia, he can deal increased damage to the Abzu Shoats with Iron Blade's Ability Triple Slash. Wait for the right moment and you can hit multiple Abzu Shoats in a single attack, and up to three out in one blow.

Backwater Deluge works the same way on Hard Mode – avoid the drains to avoid eating a mouthful of sewer water. When you have trouble figuring out when and where it will hit, check how your uncontrolled characters move after the Ability name appears. Although they sometimes make a mistake, characters avoiding the move will tend to stand near Abzu while guarding. Follow their example as a good rule of thumb for finding a safe space to evade the attack.

In order for us to make the best articles possible, share your corrections, opinions, and thoughts about 「How to Beat Abzu (2nd Fight) | Boss Fight Guide (Normal & Hard Mode) | FF7 Remake」 with us!