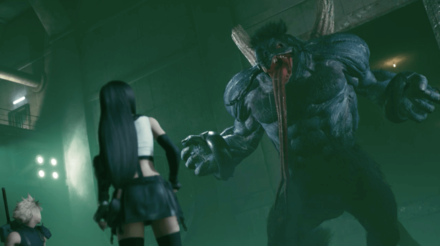 This is a guide to beating the Boss Abzu in the game Final Fantasy 7 Remake (FF7R). This article explains Abzu's attack patterns, weaknesses, and tips and strategies for defeating it on both Normal and Hard Mode.

A giant beast that Don Corneo keeps in the sewers. Much more intelligent than it appears, it uses the surrounding environment to its advantage and attacks with sewer water.

No Enemy Skills can be learned from Abzu.

How to Pressure Abzu

Summon Ifrit and Use Fire Magic 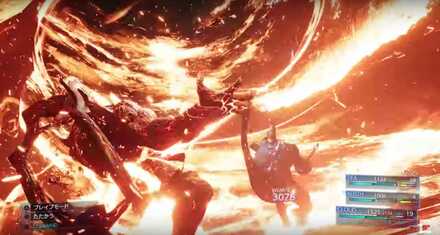 Abzu's weak to Fire, so make sure to use Fire magic and Summon Ifrit to deal the most damage.

If you use Aerith's Arcane Wand Ability, spells will automatically be cast twice, so make sure you give her Fire Materia before the fight. 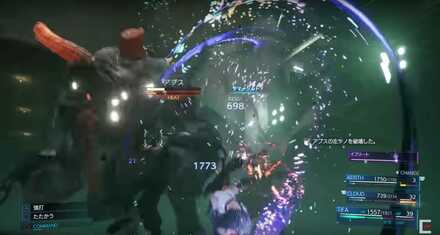 Destroying the Horns of Abzu will give you a big attack opening. They don't take much damage from physical attacks and can be hard to hit, so use Fire magic and Ifrit to break them.

Stay away from the Puddles on the Ground 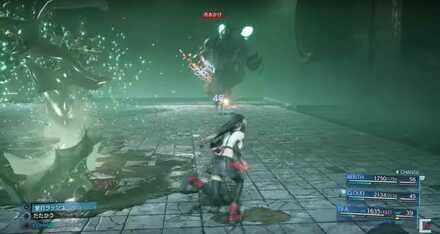 Abzu can use moves like Backwash and Backwash Spout to makes poisonous sewer water shoot up from the puddles on the ground, so avoid getting too close to them.

Guard against Charge and Bash and Smash 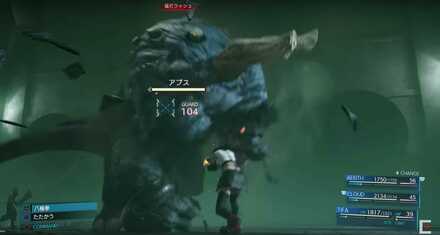 Abzu has a high Attack, so it's important to Guard against it. Especially against Charge and Bash and Smash, as these attacks deal a lot of damage and knock you down.

Use Fire When Abzu is on the Wall

When Abzu jumps onto the wall, he will often use Pounce to jump on a character. This results in the character being Bound and continuously licked, so in order to prevent this cast Fire on Abzu's body to light him up and send him diving into the sewage to cool off. 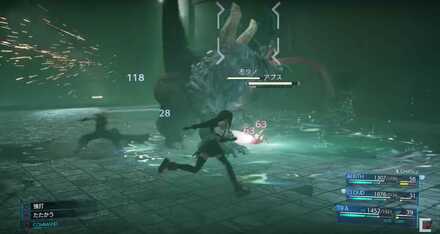 In the event you cannot cast Fire quick enough and one of your party members gets Pounced, switch to another character to attack and help out.

Abzu will not let up no matter how hard you hit him, however, so watch the Pounced party member's HP and heal them if necessary. 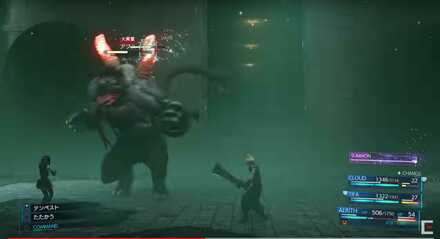 When Abzu's health reaches 50%, it will use Enrage and its horns will glow red. When Enraged, Abzu's attack will go up and each of his abilities will easily deal more than 500 damage, so keep an eye on your health and try to stay about 70%.

Stay Away from the Large Sewer Pipes 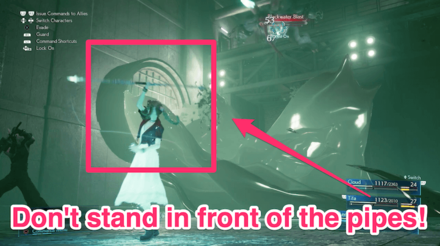 Another move used when Abzu jumps onto the wall is Blackwater Blast, which will cause large amounts of sewer water to burst out of the huge pipes in the side.

It will almost reach the other end of the map and can cause around 900 damage and poison you, so move to the side and avoid it.

Even with Abzu being weak to Fire magic, it would be best to still have some Physical damage. Even with Abzu's weakness to fire, magic does not fill up its focus gauge. Buster Sword having both Physical and Magical makes Cloud much more flexible depending on the situation.

Having Aerith deal as much damage with her Magic can shorten the fight. This will help you save MP for the rest of the chapter. Using Mythril Rod for the damage or Silver Staff for the MP regen and reduction are both solid choices.

With Aerith already dealing tons of Magic damage, Tifa can fill the role of pure Physical damage. With Magic only having a slight effect on the stagger gauge, having Physical damage output is a good idea.

Just like in Normal Mode, you'll want to use Fire Magic on Abzu to cause him to flinch, creating a sizeable opening to attack. With Aerith's high Magic Attack stat, she can hit him hard and back up the other party members by repeatedly slamming Abzu with Fire.

You can essentially use the same strategies as Normal Mode to take down Abzu. If you lead with Fire Magic and time your hits from there, Abzu isn't a particularly threatening foe on Hard Mode.

Have Cleansing Equipped on a Party Member

Abzu's attacks that have a poison effect on them can be hard to avoid. Getting hit by them means wasting a lot of MP to heal the lost HP. Have Cleansing equipped and use Poisona to get rid of the effect. Alternatively you can use Regen to offset the damage from Poison.

Summon Ifrit to Save MP

Make sure to summon Ifrit and make use of his summon abilities. This is a great way to use fire attacks while still saving MP for the rest of the chapter.

Watch out for repeated Charges

On Hard Mode, Abzu will not simply use its Charge Ability once as in the other modes; instead, it will Charge multiple times in a row, allowing little space for counterattacks. Instead of trying to hit back, simply avoid its Charges until the series of attacks is over.

In order for us to make the best articles possible, share your corrections, opinions, and thoughts about 「How to Beat Abzu | Boss Fight Guide (Normal & Hard Mode) | FF7 Remake」 with us!