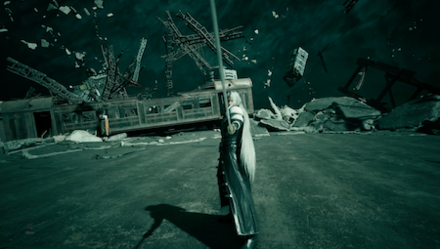 This is a guide to beating the Boss Sephiroth in the game Final Fantasy 7 Remake (FF7R). This article explains Sephiroth's attack patterns, weaknesses, and tips and strategies for defeating him on both Normal and Hard Mode.

No Enemy Skills can be learned from Sephiroth.

While initially believed to be random, the party members who join you when you fight Sephiroth is actually decided by a point system based on actions performed in the battle with the Whisper Harbinger. Depending on the point values at the end of the fight with Whisper Harbinger, different characters will show up during the final fight.

How to Choose Who Fights Sephiroth

By the time your other party members join the fight, Sephiroth will be using powerful magic attacks that can knock out your entire party. It's a good idea to have a tank character like Barret who cna potentially weather attacks like Heartless Angel with a few HP Up Materia under his belt. Having Aerith as a healer and offensive magic user during Phase 3, when Sephiroth gains a weakness to a certain element, will help back up Cloud effectively.

Don't Use an Elemental Materia 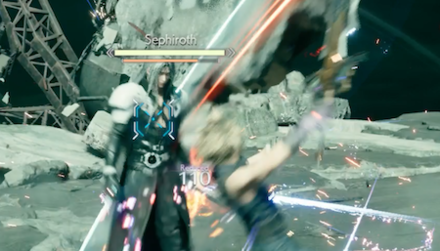 Sephiroth has a Lesser Resistance to all four elements – Fire, Ice, Lightning, and Wind. If you have an Elemental Materia equipped to Cloud's sword, all your attacks will have Reduced damage This becomes even more dangerous in phase 3 when he will start to absorb a random element. Instead of Elemental, use the extra slot for something like Steadfast Block which will help you weather Sephiroth's attacks. 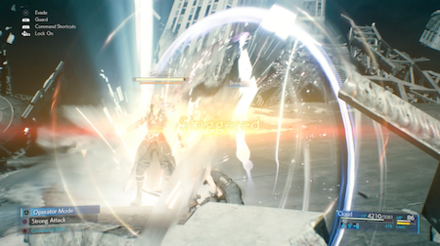 Although he does not take much damage from attacks, Sephiroth's Focus Gauge fills more quickly than other bosses. When you see his Focus Gauge rising, continue hammering hard with attacks to max out his Focus Gauge and stagger him, then follow through with a Limit Break or powerful Ability. 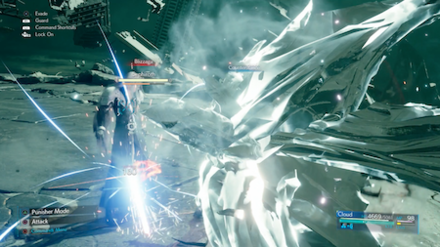 Particularly in Phase 1 of the battle, in which Cloud goes toe-to-toe and sword-to-sword with Sephiroth, you'll want to take advantage of Twin Stinger's Counterstance Ability. Unlike Punisher Mode's auto-counter, Counterstance is able to counterattack even against offensive Magic, so you'll be able to use it to hit back against Sephiroth regardless of what he uses against you.

Use Support Magic on Cloud 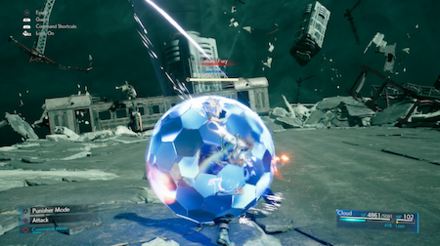 As Sephiroth has a Lesser Resistance to Magic for most of the fight, casting offensive Magic against him won't always be the best way to take him down. You're better off buffing Cloud with bonuses like Barrier and Manaward to protect from both Physical and Magic attacks, as well as Haste, to ensure he can use Counterstance as much as possible. 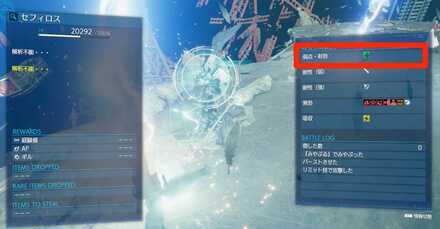 During phase 3, Sephiroth will use a random Elemental Infusion ability that will allow him to absorb the element as well as become weak to another. Targetting this weakness will help to increase the Focus Gauge quicker so this is the best time to use offensive magic.

Stay Away During Heartless Angel 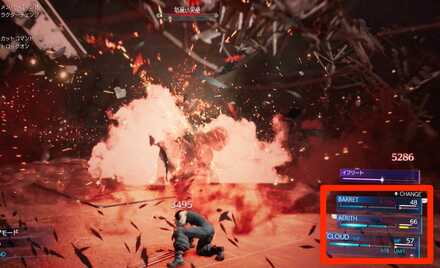 When Sephiroth uses Heartless Angel, anyone in range will have their HP reduced to 1, which can lead to a swift death. As there is a range involved, steering clear of Sephiroth during this attack will prevent you from taking damage. In the event you do get hit by it, there is a small window where you can pull off a clutch heal, so not all is lost.

Finish Him Before the Countdown Reaches 0 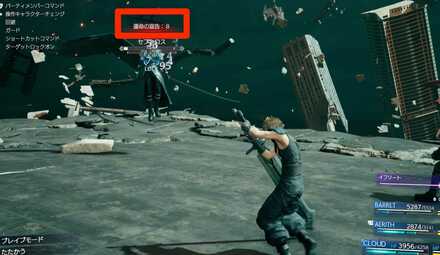 When Sephiroth becomes low on health, he will begin counting down to Divine Proclamation. When the number reaches 0, your entire party will take 9999 damage and instantly game over, so go all out with your strongest abilities during this time.

Until the final phase, it is best to make Cloud your tank and counter every attack possible. With the Steadfast Block materia equipped, guarding will also increase your ATB gauge so you can continue to use Counterstance.

Use the above to support Cloud with healing and offensive magic. You especially want to take advantage of the times when Sephiroth has an elemental weakness to lay on the hurt.

Characters that aren't being targetted tend to guard more often so giving everyone Steadfast Block will help you to keep your party member's ATB gauges up as well.

During the first few phases, put Cloud into Punisher Mode and prepare his auto-counter to quickly stagger Sephiroth and push him through phases. Choosing a route other than countering will make progressing past the first phase more difficult, so unless you're looking for more challenge, counter your way to victory. Once one of your party members has joined the battle, things get a little trickier and countering is less effective. Once you've countered an attack start going to town on Sephiroth.

When Sephiroth starts imbuing himself with an element, take his attention with Cloud and have your other party members attack him with their strongest magic.

Wait Out Heartless Angel in the Final Phase

During the final phase it's okay to play it safe and guard from a distance. When Sephiroth teleports himself to you and starts to prepare Heartless Angel, immediately run away and wait until it goes off before continuing your assault. It is much easier to get away if you run in the opposite direction of him rather than using the O button to evade Heartless Angel.

This is also the best time to pull of any Limit Breaks you may have been holding on to.

In order for us to make the best articles possible, share your corrections, opinions, and thoughts about 「How to Beat Sephiroth | Boss Fight Guide (Normal & Hard Mode) | FF7 Remake」 with us!