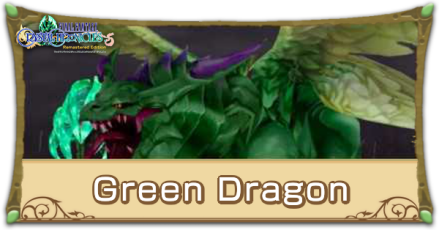 Learn how to beat the boss Green Dragon in the game Final Fantasy Crystal Chronicles: Remastered Edition (FFCC). This guide has all the details on Green Dragon's weaknesses and resistances, attack patterns, and what artifacts it drops. 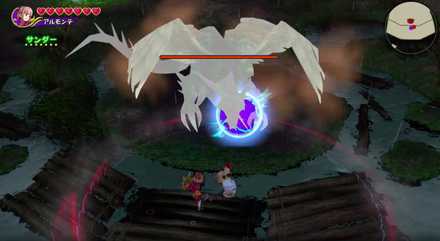 Unlike the Dragon Zombie, the Green Dragon fight no longer requires you to have Holy, but it still helps. Fira or Thundara will also both work fine. Like before, physical attacks are difficult to land on the boss so stick to magic if possible. 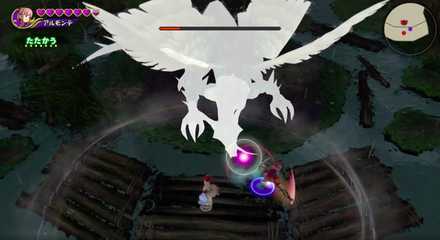 The irritating Stone Sahagin from the Dragon Zombie fight are for some reason no longer present. This actually makes the fight easier in a way. 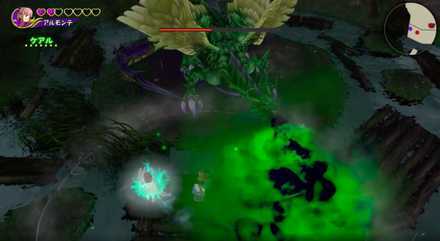 Watch out for its Poison Breath

Like the Dragon Zombie fight, the strategy here is to hit it with magic. With no Stone Sahagin to hinder you, you can focus on attacking and evading its attacks.

However, the openings between attacks are much shorter, so if you try using -ra level magic you may find yourself in a pinch. Yukes may have the spell casting speed for it but they cut it close. Stick to hitting it with Holy and other magic that deals damage.

In order for us to make the best articles possible, share your corrections, opinions, and thoughts about 「Green Dragon Weaknesses and How to Beat | Final Fantasy Crystal Chronicles」 with us!