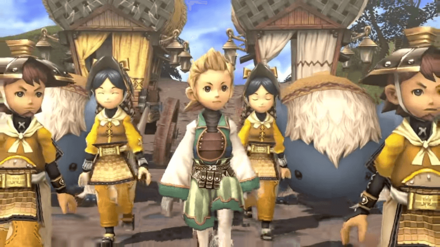 This is our complete walkthrough and guide to the story of Final Fantasy Crystal Chronicles: Remastered Edition (FFCC). Learn the basic steps to get through the entire game, with guides on how to beat each dungeon, and tips and tricks for getting through the game!

The walkthrough below gives details for completing the full game. Learn the basics of getting through the story with our one-look guide!

A few points to keep in mind first:

The story is Not a Straight Line 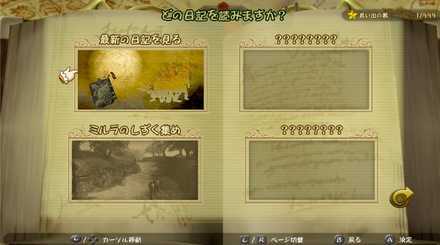 FFCC is not a game with one straight path to the finish line. The story unfolds based on the players' actions. Rarely will you be required to clear a specific dungeon to move to the next area. Explore freely and enjoy the world!

If your goal is to reach the game's ending, you'll need to complete Mount Vellenge, which is only accissible from Year Five on. Keep on collecting myrrh and advancing the years to reach Mount Vellenge!

Gather Three Drops of Myrrh to Advance the Story

The main requirement for continuing to the next year is gathering three drops of myrrh. You can gather myrrh from any of the game's dungeons, but each myrrh tree can only produce myrrh every two years, so you won't be able to gather myrrh from the same dungeons every time.

The complete walkthrough chart below gives details on the fastest way to collect Myrrh and advance through the game.

The guide below gives details on the fastest route from proceeding through the game. The dungeons listed are decided based on difficulty, but as long as you get three drops of myrrh each year, the dungeons you visit are up to you.

What to Do in Year One

If you're planning on rushing through the story, there's no requirement to visit the towns. The towns feature Blacksmiths and Merchants which can prove useful, but are not necessary to complete the game.

Year One is limited to three dungeons

The Mushroom Forest is the best dungeon to repeat 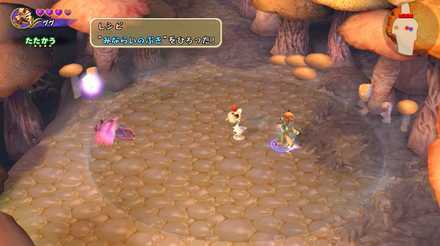 If you want to repeat any of the dungeons here, Mushroom Forest is the best choice. There's no required fights or gimmicks which make it difficult to advance, and the Boss is also fairly easy to take out. Go through the dungeon as many times as you like to grind Artifacts and gather crafting Materials for Weapons and Equipment!

What to Do in Year Two 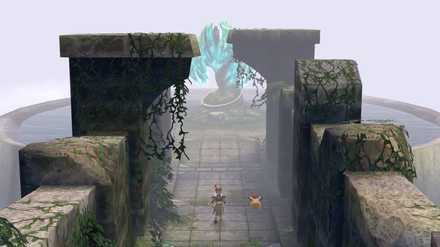 For the reasons above, Year Two is the best time to go for Veo Lu Sluice for the first time. Doing so in Year Three is fine as well.

Although we recommended Goblin Wall and Tida for repeated plays, if these dungeons cause some problems or take too long, feel free to go ahead and grind the Year One dungeons instead.

As you traverse the world map you may occasionally run into a random event with a variety of different characters. Some of these events will become unavailable as you progress through the game so travel across the world map and try and see as many as you can! Ultimately these events don't amount to much other than some extra world building, buf for those hoping to experience all there is to offer you don't want to miss out.

What to Do in Year Three

Year One Dungeons Will Advance to the Second Cycle 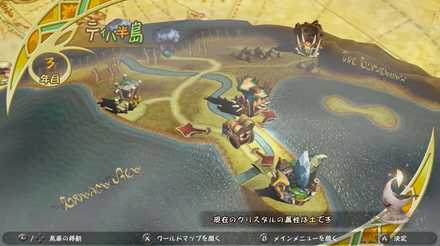 In Year Three, the Dungeons completed in Year One will begin to advance to the second Cycle, which means you've collected 5 myrrh since the last time you completed a dungeon for the first time. Myrrh will be available once again on the second Cycle, but the monsters will be more difficult. In addition, the monsters and obtainable items which appear will change as well.

If these dungeons still seem a bit too difficult, feel free to complete dungeons which are still on the first Cycle for now. 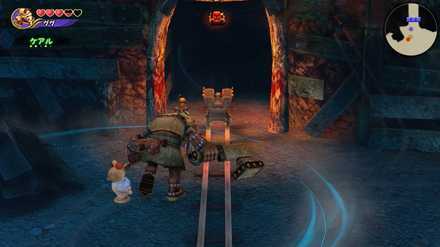 If Selepation Cave is too big of a challenge for now, you can go through River Belle Path on its second cycle to complete myrrh instead. You can even leave the Year Three dungeons altogether and simply redo the three Year One dungeons to move on to Year Four.

Max Out Your Weapons and Equipment

The game is about to get harder, so be sure you're ready by getting the best possible tools for this part of the game. The Weapons and Equipment made from Mythril are obtainable at this point, so be sure you have them before moving on.

Mythril can be obtained in a variety of locations, but Selepation Cave and The Mine of Cathuriges (Cycle 2) are two of the best dungeons to hunt for it.

What to Do in Year Four

Take the Water Element Across the Jegon River

To reach Conall Curach and Rebena Te Ra, you'll need to have the Water Element before you go across the Jegon River, as it won't be available on the other side, and you'll be forced to travel back and across again, paying fees both times to get across the Miasma Stream.

These dungeons aren't necessarily required to complete at any point, but keep this in mind if you want to cross the Jegon River to them on.

By Year Four, you've gotten a hang of how this whole thing works. Get all the Scrolls, Materials and Artifacts you need to power yourself up to the max before proceeding to the following dungeons.

This chart lists the game's ending in Year Five, but feel free to continue grinding up and wait until Year Six or Year Seven to head to the end.

Try for the Ultimate Equipment

If you're hoping to get the game's best possible Equipment, you can delay heading to the ending. Some of the Scrolls and Materials are very difficult to obtain and require advancing to Year Eight, but this is the way to go if you want to take on the final boss at your character's max potential.

What to Do in Year Five

Some Areas Inaccessible Without the Jegon River 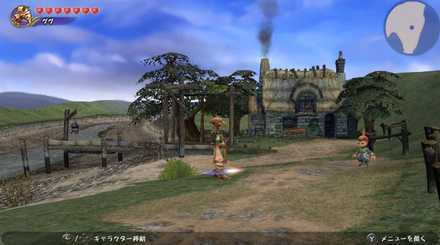 The Jegon River will dry up in Year Five, preventing travel to some areas of the map. It's required to go through the Veo Lu Sluice a second time to refill the river. To get to Veo Lu Sluice, you'll need to get the ??? Element from the Lynari Desert.

Take the Ferry from Port Tipa

When Year Eight begins, the Jegon River will refill naturally. It's not needed to visit Veo Lu Sluice again in this case, so avoiding it can potentially save time if you're planning on waiting until Year Eight or longer to take on Mount Vellenge.

Have a Realistic Grasp of Your Strength 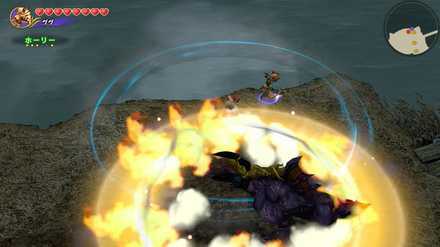 With this, you've achieved all the requirements for challenging the game's final dungeon. That said, even if you attempt Mount Vellenge now, with its extreme level of difficulty, there's a high chance of failure when simply rushing in. You will likely find it necessary to grind for Equipment and Artifacts at this point to make sure you're powered up enough for the final stretch.

The Remaster adds new harder versions of each of the standard Dungeons upon completing the game. More Monsters and harder Bosses await, but with more new loot to discover!
Post-Game Content | How to 100% Clear the Game

In order for us to make the best articles possible, share your corrections, opinions, and thoughts about 「Story Walkthrough and All Dungeons Guides | Final Fantasy Crystal Chronicles」 with us!