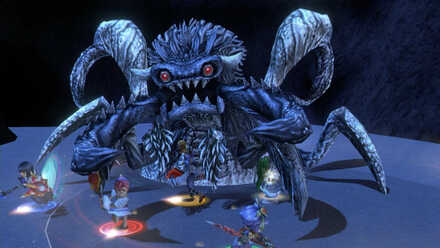 Friends and strangers alike can enjoy playing together online in Final Fantasy Crystal Chronicles: Remastered Edition (FFCC). Learn all about the game's matchmaking features, options and limitations of online play, and how to play with friends.

How to Start Online Multiplayer 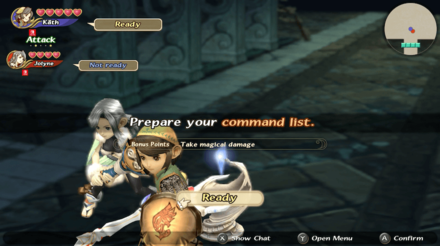 There are two main gateways into Online Multiplayer in the Remaster. The first is the Set Out Together option from the menu, while the second is the Multi option at the entrance of any Dungeon.

Note that for Switch and PS4 players, a subscription to the console's paid online service (Nintendo Switch Online or PlayStation Plus) is required to use all online features. 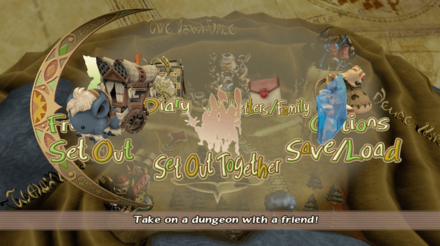 The Set Out Together option is much more detailed and gives several options for Online Multiplayer. More detail on each of these is included in the “How to Play Online” section below.

Select “Multi” at a Dungeon 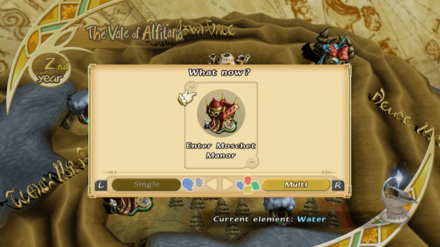 At the entrance of any Dungeon, the player can simply select the Multi option and start the Dungeon. With no additional options, the player will start a totally open game, where any randomly matched player can join!

You'll be the Host in this case, so you can collect Myrrh to complete your journey via this option. This option is recommended for if you want some help with a specific Dungeon, but aren't picky about who joins.

How to Play Online 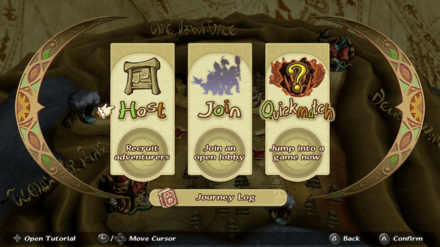 Online Multiplayer comes at the expense of Local Multiplayer, but Square Enix has made sure fans don't go home disappointed. The Set Out Together screen offers three options for a variety of tastes: players can choose to Host (search for players), Join (join a group), or Quickmatch (start right away).

One important thing to note is that only the Host option allows for collecting Myrrh. When selecting Join or Quickmatch, you'll essentially be a guest in someone else's story, and won't be able to collect Myrrh to progress your own story. 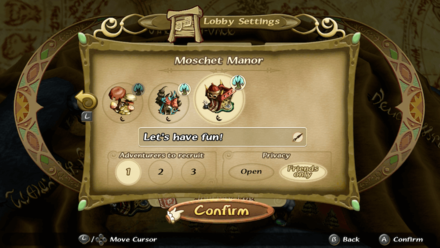 Be the start of something great and invite others to join your adventure! In this mode, you'll create a room and invite others to explore a dungeon of your choice. You can even choose a comment to add to the room, such as 'searching for item drops', 'gathering Artifacts', or 'beginners welcome'.

At the bottom-left, you can select the number of players you'd like to adventure with, from 1 to 3 (plus yourself, allowing for 2-4 players). At the bottom-right, you can also choose to filter between friends, or random matchmaking. You'll also have the choice to send a direct invitation to friends.

It's also mentioned that from the Options menu, you can choose to turn off crossplay in order to play only with players on the same platform. 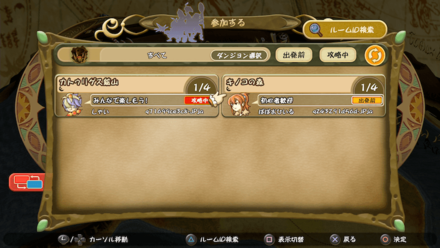 From the second option, you can choose to join a room which another player has already created. You can see the comment they added for their room, with players here including the comments 'Let's all play together' and 'Beginners welcome!'

You can also see if the player is waiting to start or already in the middle of the dungeon. As long as the group hasn't reached the Boss yet, players can join in even in the middle of a dungeon, and stay together for further dungeons as well!

Another nice feature is that players can search for a specific Room ID. This will allow players to post room IDs on the internet and find each other in-game, instead of being confined to the in-game matching system. 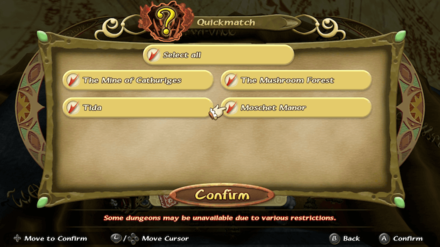 The Quickmatch option will allow players to immediately jump into a game into one of a host of dungeons they can currently access. Some of the dungeons are not accessible “due to various restrictions.” Based on testing, it seems that the dungeons available are those in the current and adjacent area.

The player will always be a Guest in this scenario, and unable to collect Myrrh. It's likely that games entered this way are ones which the Host selected the “Multi” function on, allowing random players to enter.

How to Play with Friends 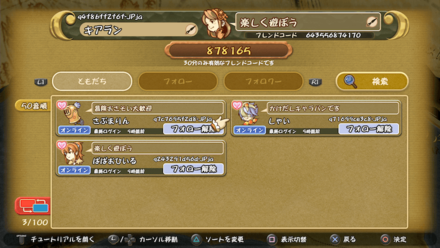 A full Friend system is also included within the game. On the world map menu screen, select Friends to find new friends and help others find you! Each player can change their visible username, and add a comment to be displayed to others. 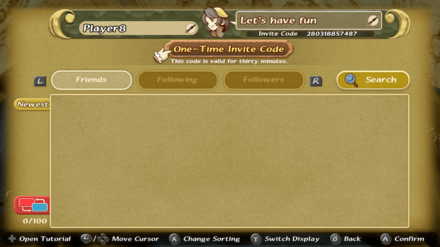 You can also share your Friend Code to help others find you online. You can choose to use either your longer permanent Friend Code, and a shorter one which changes every thirty minutes. The short-term code is convenient for finding friends online, without leaving your code permanently visible for anyone to find. 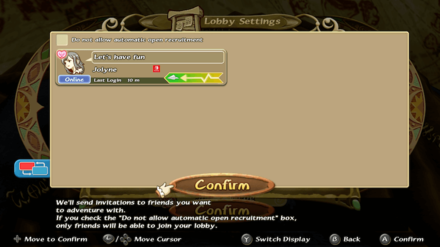 When you're friends with someone, you can invite them specifically to adventure with you, and even visit dungeons you haven't reached yet! With online matchmaking, you are limited to dungeons in your current Area, but when adventuring with a friend, you can journey with them even if they are in a different Area.

Based on the caveat that reads, “a player will only be matched with others in the region specific to player’s software,” we decided to test joining a Japanese session from the US version and were unable to find the host player.

We will be attempting to try crossplay with other regions when possible to confirm, as the Japanese version of the game doesn't support other languages which could also be part of the issue. Keep checking back to see what we discover!

Can You Join a Caravan? 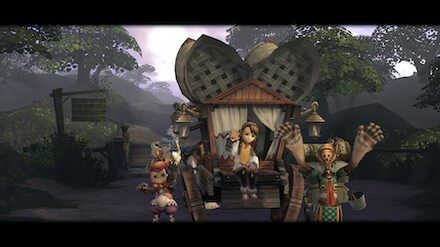 Many fans of the original game have been worried about caravanning together, traveling with other players as a party through dungeons and towns on a unified journey, being lost in the Remaster.

Unfortunately, upon the game's release, it does seem that players cannot caravan together as they could in the original game. As only the Host player will collect Myrrh from a Dungeon, the other players cannot participate in the Dungeon as part of their own story, but only to grind Items like Scrolls and Artifacts.

In addition, it seems that there is no option for multiple players to explore towns together.

What Happens After a Dungeon Ends? 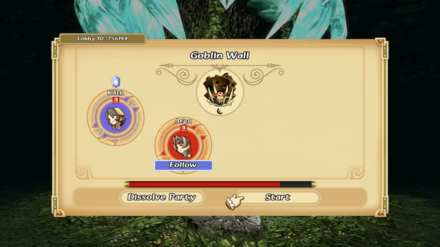 Players are given the option to start the dungeon again or split up the party.

Some players were holding out hope that a group may be able to stay together after finishing a Dungeon, but alas, it seems that there is no way to continue as a single group to another Dungeon. After a Dungeon has ended, players will be forced to either repeat the same Dungeon again, or bring the session to an end. In most cases, players will likely opt for the latter option. 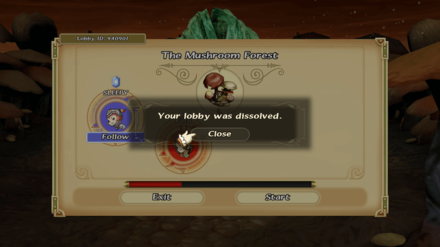 A journey together with a friendly stranger is brought to a bitter end.

In order for us to make the best articles possible, share your corrections, opinions, and thoughts about 「How to Play Online Multiplayer (August 27th Update) | Final Fantasy Crystal Chronicles」 with us!