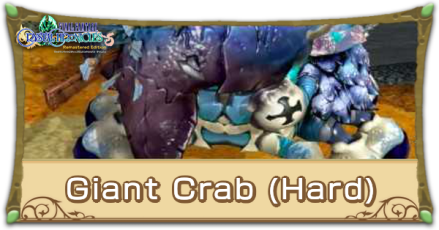 Learn how to beat the boss Giant Crab (Hard) in the game Final Fantasy Crystal Chronicles: Remastered Edition (FFCC). This guide has all the details on Giant Crab (Hard)'s weaknesses and resistances, attack patterns, and what artifacts it drops. 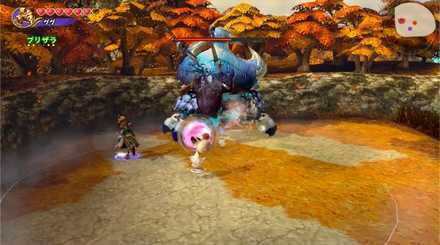 Unlike the normal mode Giant Crab fight, the bubbles that it fires at you will now inflict Stop, preventing you from moving or acting. This can be easily avoided by running away or equipping Stop resisting equipment so you can focus on fighting the boss.

Continually Casts Slowga and Thundaga After Both Arms Break 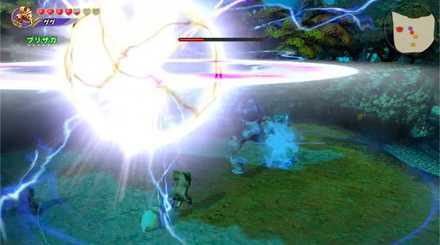 If you get hit by Slowga, the Giant Crab will immediately cast Thundaga on you while your movement is too slow to avoid it. Even if you bring Slow resistant equipment, Thundaga has a large range and is difficult to avoid, so you should also equip Thunder resistant equipment to reduce the damage.

Once Both Arms Break Watch Out For Thundaga 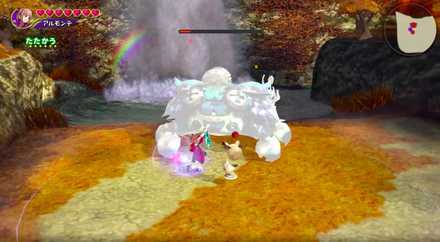 After you break both of the Giant Crab's arms it will begin to cast Thundaga. Thundaga has a wide range and it can use it up to 2-4 timesin succession so be on your guard. If you lack Thunder resistant equipment, you may get stunlocked by its paralysis effect and get taken out by the other enemies in the arena.

Jumps Around the Arena at Random 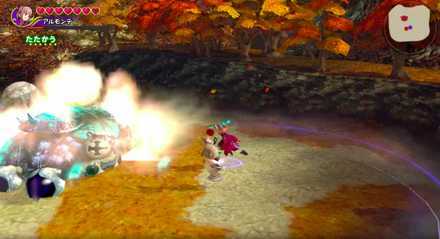 After its arms have been broken it will use its jumping attack to move around the arena. Like in normal mode, it will jump around without any rhyme or reason so keep after it and take it down.

In order for us to make the best articles possible, share your corrections, opinions, and thoughts about 「Giant Crab (Hard) Weaknesses and How to Beat | Final Fantasy Crystal Chronicles」 with us!