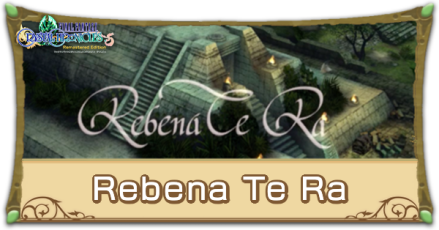 This is a guide to the dungeon Rebena Te Ra in Final Fantasy: Crystal Chronicles Remastered Edition (FFCC). Read on to see our guide about Rebena Te Ra and a list of all obtainable items, artifacts, scrolls, and monsters you can encounter in this dungeon on each cycle, as well as how to solve the switch puzzle. 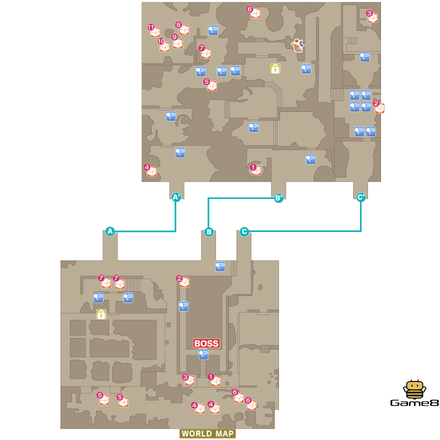 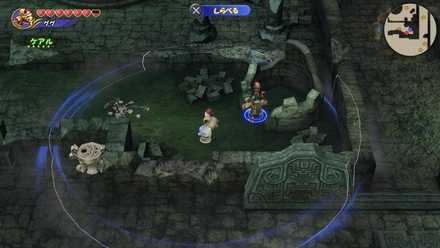 Just after collecting the final key, a small area will open where you can collect an Artifact and another Moogle Stamp.

Rebena Te Ra is one of the two dungeons alongside Conall Curach that will start off the final stretch of your journey. Enemies and bosses are strong so you need to be powerful enough to match.

The final dungeon's enemies are even stronger so you should use these dungeons to collect better gear and artifiacts. If you're having difficulty clearing the dungeons, add +10 to the recommended stats and aim for that.

Take Out Bats For a Key

In the wide enclosed area on the left side of Area 1, you'll encounter some Vampire Bats flying around. One of them will hold a key; you can use it on the door directly north, or you can take it all the way to the other side of the dungeon to unlock a door and get an artifact.

Head to Area 2 and Gather Magicite

The map for Rebena Te Ra is pretty large and you'll need to cut through different parts of it to make progress. Once you get the key from the Bat and go through the door, you'll have to press both switches at the same time to proceed. With that done continue on to the second area.

In area 2, head to the left towards a treasure chest where you'll run into a monster that drops a Cure magicite.

Out of treasure chests 8-11 in area 2, only one of them actually holds a treasure as the rest are Mimics, so be careful. There are other Mimics present as well, usually noticeable when chests appear in pairs. To find out which is a Mimic, cast magic on the chest and listen out for the sound an enemy makes when resisting a spell. Mimics are strong to magic so if you do happen to fight one use physical attacks.

Hit the Orbs With Magic Then Strike

In the second area you'll encounter glowing orbs that function as switches. Depending on the color of the orbs you need to hit them with the corresponding magic (Fire for Red, Blizzard for Blue, etc) followed by a physical attack in order to open the door.

After that continue on to your upper right along the path towards the next one.

Near treasure chest 5 in the second area there will be two switches that must be hit by magic simultaneously. While not necessarily difficult with a second player, those playing alone will have an extremely frustrating time getting through. This path is not required to complete the Dungeon, so skipping it and coming back in multiplayer mode is recommended.

If you are determined to get through alone, you'll need to rely on Mog to cast Magic on the other orb. Take damage from the nearby Gargoyle until Mog begins to cast magic and aim for the orb you want Mog to hit, then move to the other. Otherwise, if you have an item which speeds up Casting Time, you will be able to hit both switches in time with the appropriate magic, as shown in the video above. Strike both switches as quickly as you can to move on.

What Can Mog Do? 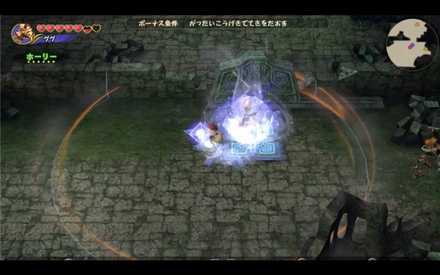 Once you've made your way to the right side of the second area you'll notice strange tiles on the ground. Standing on these tiles and taking the corresponding magic damage will open the door. You'll lose some HP in the process but this is the only way to proceed. Keep in mind that if you have any equipment that resists a certain type of magic you will need to unequip.

Keep going to your right and return to the first area through the pathway marked C on the map.

Use Holy For a Shortcut 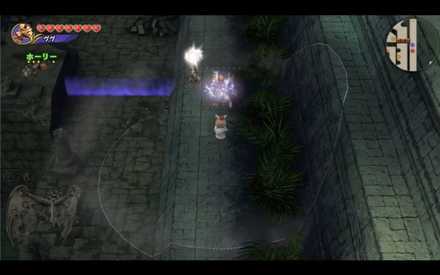 Once back in the first area, press the switch on top of the pyramid to open the boss door. Go back the way you came and use Holy on the glowing orb to your left to create a shortcut back to the entrance. 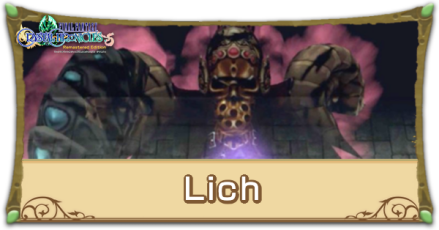 How to Beat Lich

In order for us to make the best articles possible, share your corrections, opinions, and thoughts about 「Rebena Te Ra Dungeon Walkthrough | Switch Puzzle Solution | Final Fantasy Crystal Chronicles」 with us!