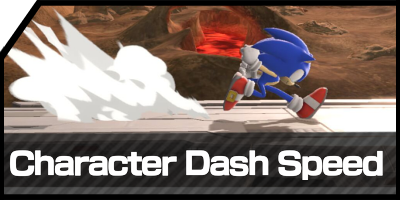 This is a ranking to all the characters' run (dash) speed in Super Smash Bros Ultimate (SSBU) for the Nintendo Switch. Read on to see all characters' speeds, and see which character is the fastest!

What is Run (Dash) Speed?

A character's speed while running on the ground

A character's run speed is their speed when moving on the ground. This is a vital stat in gaining stage control as it allows you to easily move in toward an opponent, gain follow up attacks, perform ledge traps, and chase enemies that are trying to recover from a distance.

Post (0 Comments)
Opinions about an article or post go here.
Opinions about an article or post
We at Game8 thank you for your support.
In order for us to make the best articles possible, share your corrections, opinions, and thoughts about "Run Speed List: Run Speed (Dash Speed) Ranking of All Characters" with us!
When reporting a problem, please be as specific as possible in providing details such as what conditions the problem occurred under and what kind of effects it had.