EXP Farming | How to Level Up Fast | Minecraft Dungeons

This is a guide to farming EXP in Minecraft Dungeons. Know more about the efficient methods of quickly gaining EXP below! 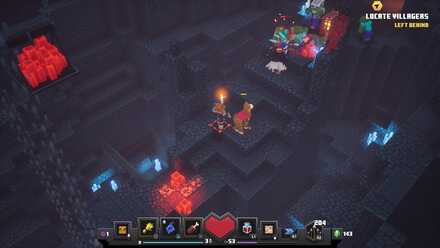 For this method, you will need items that can summon pets to fight for you. Artifacts such as Tasty Bone and the Spelunker Armor summon pets.

After having these pets around, find a Spawner in the Redstone Mines Mission and let your pets defeat every mob that it spawns.

Make sure your pets don't push through the mobs and destroy the Spawner by keeping the Spawner off-screen. You can raise the difficulty to make the mobs beefier and more difficult for your pets to mow through.

You can also use enchantments like Snowball or Chilling to provide extra protection for you and your pets.

Once the setup is complete, you can leave your character and have it farm EXP by itself! 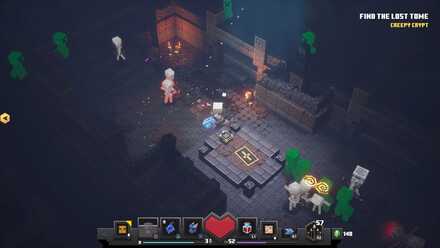 It is true that bosses give more EXP but if you want an easier way, you should choose areas that are mostly mobs and have less bosses.

Areas like the secret levels do not have bosses, so farming EXP will be easier as they are all squishy mobs. You can also farm on areas without major bosses like Cacti Canyon and Highblock Halls.

How to Unlock All Secret Levels (Missions)

If you want bigger payouts of EXP, play a mission on a higher difficulty. Check the recommended power of a stage to see if it's higher than your power, and if not, ramp it up!

If it is higher, you should of course expect more powerful enemies that rewards you with higher EXP in return. Take note that Default, Adventure, and Apocalypse modes have different difficulty levels, with Apocalypse mode being the hardest.

If you think the difficulty you choose isn't quite efficient (like if it takes a long time to defeat mobs but you don't get enough EXP to make up for it), choose a lower difficulty until you can keep up with the difficulty while also gaining reasonable amounts of EXP at a decent speed.

Where to Farm EXP 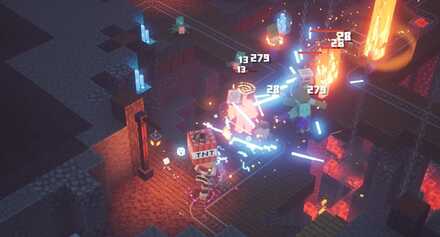 Spawners are found on Redstone Mines. These objects spawn endless mobs that are all easy to defeat since most of them are zombies. Just be careful not to destroy the Spawner and let it spawn mobs until you are satisfied. 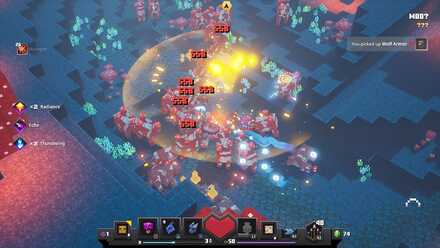 This level may be the easiest and most efficient place to farm EXP. The only enemies are mooshrooms (other than the boss), and they are really easy to defeat!

Almost every area of this level is packed with mooshrooms, so you can just replay the level once you've cleared them all.

Fighting the boss is optional if you just want easy EXP, but defeating it still yields a good amount of EXP and other rewards so it might be worth your time.

>>16 Is their guide effective?

>>15 Thanks for the advice. I almost lost another hour of my life farming items lol.

Register as a member and get all the information you want. (It's free!)
Login
Opinions about an article or post go here.
Opinions about an article or post
We at Game8 thank you for your support.
In order for us to make the best articles possible, share your corrections, opinions, and thoughts about "EXP Farming | How to Level Up Fast" with us!
When reporting a problem, please be as specific as possible in providing details such as what conditions the problem occurred under and what kind of effects it had.