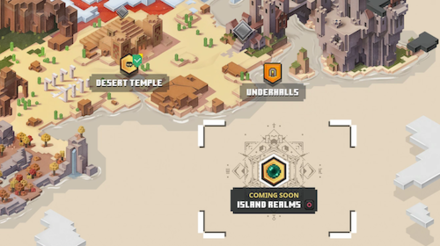 Minecraft Dungeons has already been announced to have two DLC packs, an Island Realms map and additional free downloadable content. Learn everything we know so far about Minecraft Dungeons DLC and when it will be released. 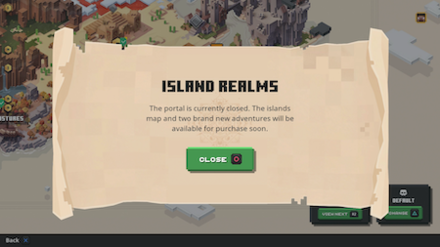 When players opened their brand new copy of Minecraft Dungeons and tried exploring around the map with their cursor, they noticed something intriguing – an inaccessible area labeled Island Realms with a Coming Soon note.

When interacting with the Island Realms icon, a note appears which reads, “The portal is currently closed. The islands map and two brand new adventures will be available for purchase soon”. 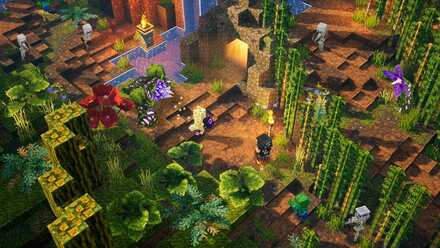 Learn more about these exciting new expansions and all information released for them in our full article below!

Everything We Know about Jungle Awakens and Creeping Winter

Minecraft Dungeons was released in two editions: the Standard Edition and the Hero Edition. In addition to some cosmetic items, the Hero Editions was stated to include 2 DLC packs upon their release. Since then, these two DLCs have been announced to be the Jungle Awakens and Creeping Winter expansions.

In essence, this version of the game provides a digital preorder of Jungle Awakens and Creeping Winter. For players who want to preorder the DLC, simply purchase the Hero Edition, or a Hero Pass to add the expansion to your Standard Edition! 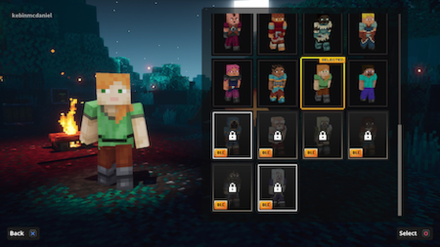 In addition to the two unlockable Skins available with the Hero Edition of the game, there are still four skins which have not been made accessible to players. As these skins are labeled DLC, they may be available for individual purchase, or as part of another DLC package to be released in the future.

Will There Be Free DLC?

Not all that Mojang has planned is on a cash-first basis – the official Minecraft Dungeons FAQ mentions that there are many free updates planned for the game.

The Jungle Awakens and Creeping Winter announcement echoed this, stating that the team is working on “cool new free content for Minecraft Dungeons that everyone will receive, regardless of edition” It's possible that we'll see new levels, equipment, pets, and more, so stay tuned for updates as soon as they arrive! 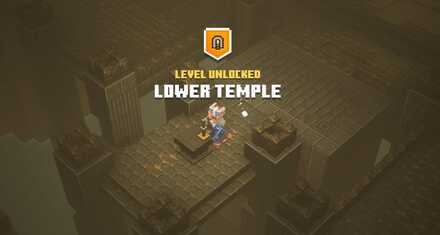 Mojang has kept to their word and has released a free update along with the Jungle Awakens DLC! This free update, has some bug fixes, balance changes, and most importantly a new secret mission called Lower Temple.

Check out the free update's contents in the page below!

I think the Island Realms consists of another world and there are bunch of levels for you to clear. Maybe they'll add some items too when they released it.

Register as a member and get all the information you want. (It's free!)
Login
Opinions about an article or post go here.
Opinions about an article or post
We at Game8 thank you for your support.
In order for us to make the best articles possible, share your corrections, opinions, and thoughts about "All Minecraft Dungeons DLC | Island Realms Release Date" with us!
When reporting a problem, please be as specific as possible in providing details such as what conditions the problem occurred under and what kind of effects it had.