Types of Auras | How do Auras Work? | Minecraft Dungeons 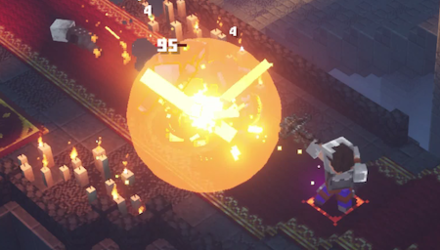 Auras are a type of effect attached to Armor that give boosts to nearby Allies and Pets. Learn about the different types of Auras and what each of their effects are, and all about how Auras work in the game.

Certain Armor has the power to create an Aura giving stat boosts to you, your Allies, and your Pets. When a player with an Aura stands near other players and Pets, all of them will share the effects of the Aura, so the more, the merrier!

There are three kinds of Auras available in Minecraft Dungeons, each of which is associated with a certain color appearing beneath a character. 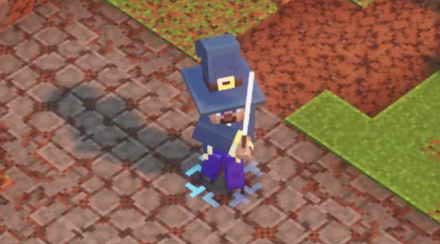 The Movespeed Aura increases the affected players' movement speed. When shared with Allies, it allows you to all move faster in a group together, so it's convenient for getting through a Mission as quickly as possible.

Unfortunately, when tested together, the Movespeed Aura doesn't seem to stack with the Swiftness Boots. While both tools are useful for speed-based builds, they don't work hand-in-hand in this way. 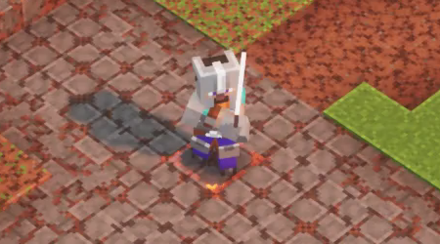 The Weapon Damage Boost Aura, as summarized in its overly long name, increases the damage dealt by both Melee and Ranged weapons. 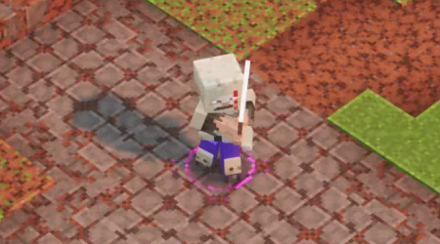 The Life Steal Aura allows the user to gain health every time they strike an enemy. Health is restored based on a percentage of damage dealt, not the enemy's max or remaining health. That means that the more damage you deal, the more you get back.

To take advantage of this Aura's properties, dealing damage is the key point, so if you need to heal quickly, using Artifacts like Harvester and Fireworks Arrow on hordes of weaker enemies will help you rake in the damage you need. Even if the damage exceeds the enemy's max health, it won't affect the health you get back. 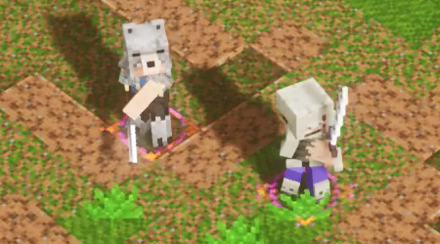 The Red and Purple Auras stacked.

The three different kinds of Auras can be combined. If you have at least three players in your group, it's possible to have all three Auras at once. This is a great combination benefitting the whole team!

However, it's not possible to stack multiple of the same aura. Even if more than one player wears Armor with 15% Movespeed Aura, for example, it won't yield a 30% Movespeed Aura. Be sure to align your Armor with your teammates to avoid doubling up on effects! 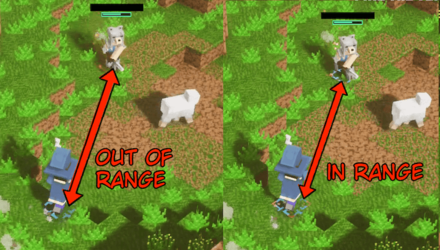 When players are a certain distance from each other, they won't gain the benefits of each other's Auras. Be sure to stay close to your teammates, or you might be dealing less damage than you could without even noticing!

Do Auras Work in Single-Player?

Auras do work even with no Allies or Pets. However, as one player can only wear one Armor at a time, it's only possible to use one Aura at a time in single-player mode. If you're planning to use Auras to their fullest extent, multiple players is the way to go.

>>6 This is the undeniable truth but I just want to get the obsidian chests. I also finished the game so I don't really need to grind that hard anymore.

>>5 That's right but you'll receive fewer rewards if you don't defeat all the mobs in a level.

Register as a member and get all the information you want. (It's free!)
Login
Opinions about an article or post go here.
Opinions about an article or post
We at Game8 thank you for your support.
In order for us to make the best articles possible, share your corrections, opinions, and thoughts about "Types of Auras | How do Auras Work?" with us!
When reporting a problem, please be as specific as possible in providing details such as what conditions the problem occurred under and what kind of effects it had.