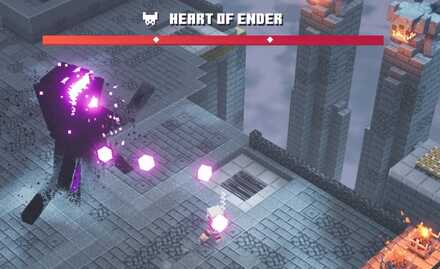 This is a strategy guide for beating Heart of Ender, the Final Boss of the game Minecraft Dungeons. Learn about Heart of Ender's attack patterns, weaknesses, and tips and strategies for defeating them. 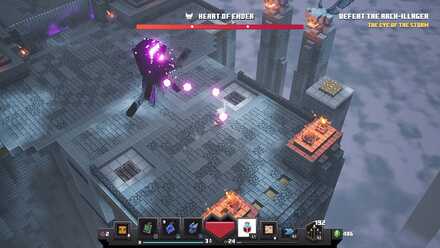 Get ready for a difficulty spike. The Heart of Ender the final boss of the game, encountered in Obsidian Pinnacle. Its attacks consists of lasers, flames, and summoning heads from the ground that shoot more lasers. Most of the launch pads from the previous battle are destroyed which makes it difficult to move around and dodge its attacks.

Best Equipment and Artifacts for Heart of Ender

Your ranged weapon is the real MVP here. The Heart of Ender is very difficult to hit since its attacks usually cover almost the entire battlefield.

Have A LOT of arrows and souls ready before this battle to maximize the critical boost of Feral Soul Crossbow. Save as much souls as you can by resorting to potions instead of using the Soul Healer, only use this artifact when it is absolutely necessary.

Use the Iron Hide Amulet especially if you get cornered by its flames and laser attacks.

Heart of Ender Attacks and Abilities

The Heart of Ender will spew pink flames from its body that stay for a while and deal damage on contact.

Most of the time, it will crawl around and leave black flames with its body which also deal damage on contact.

After crawling and leaving a trail of black flames, it will unleash laser beams in four directions before spinning around.

The Heart of Ender will sometimes call forth ender heads from the ground to shoot laser beams in the direction they are facing.

Prepare a Lot of Arrows

As mentioned above, your bow is the MVP here since it is really difficult to get close because of the flames and lasers so prepare as much arrows as you can before the fight. Once the battle begins, do not be stingy and rain arrows like a madman and it will go down pretty quickly.

Watch Out for Its Body Lasers 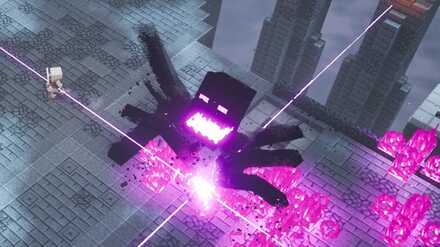 After scattereing ender flames and leaving a trail of black flames, it will unleash lasers from its body and start spinning. This is the most difficult part of this battle as the all of the attacks mentioned deal continuous heavy damage.

Do not try to get close to it and attack it with your melee weapon either since its core also deals damage.

After it stops spinning, there will be a short moment when it is vulnerable to melee attacks before disappearing, but since it is not efficient, your best friend will still be your ranged weapon.

Be Aware of the Ender Heads 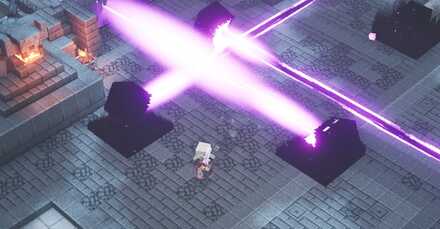 Most of the time, the Heart of Ender summons ender heads from the ground after submerging. Observe the direction where the heads are facing and immediately get out of it before they unleash their laser beams which, obviously, deal continuous massive damage.

on botharcie and the heart of ender

Register as a member and get all the information you want. (It's free!)
Login
Opinions about an article or post go here.
Opinions about an article or post
We at Game8 thank you for your support.
In order for us to make the best articles possible, share your corrections, opinions, and thoughts about "How to Beat Heart of Ender | Final Boss Fight Guide" with us!
When reporting a problem, please be as specific as possible in providing details such as what conditions the problem occurred under and what kind of effects it had.