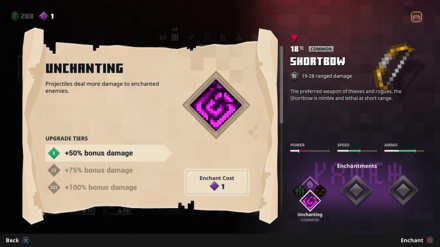 There are plenty of Enchantments on every kind of equipment in Minecraft Dungeon. It can be pretty hard to tell which ones are good and which ones are not that good at a glance. Read on to find out what are the best melee. ranged and armor Enchantments. 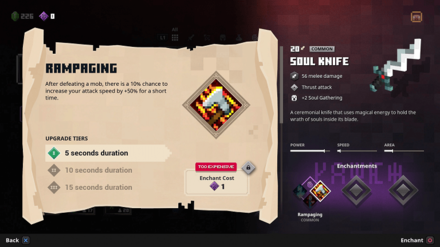 This Enchantment by itself is a pretty good and can increase the damage output of any kind of weapon.

What makes it even better is that with increased attack speed, it can activate your other chance-based Enchantments more often. It can even activate itself!

Rampaging Info and Effects by Tier 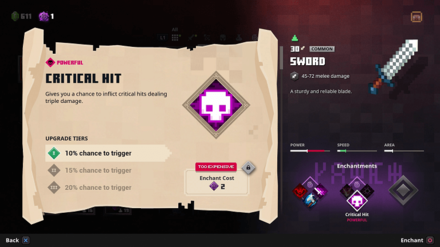 This Enchantment is good on most weapons, but shines the brightest on fast attack speed weapons.

The faster the attacks, the greater the chances of getting critical hits! Enigma Resonator is very similar, but needs a Soul Build. 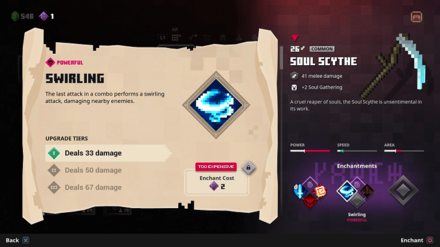 This will give you a good Area of Effect attack that damages all nearby mobs in all directions.

This is useful in a lot of situations and is good for boosting both slow weapons that don't have much of a combo, and fast weapons that will trigger it often!

Swirling Info and Effects by Tier 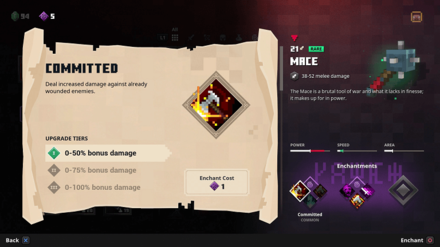 This Enchantment can double your damage at the max tier level just by having hit an enemy once.

This is a powerful Enchantment most effective against strong enemies like bosses and Redstone Golems!

Committed Info and Effects by Tier 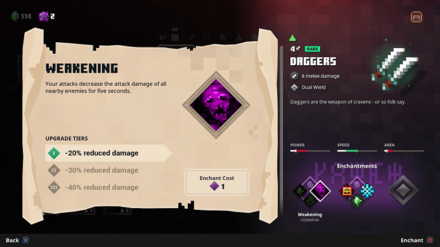 If you don't have any good Armor, a good choice will be weakening the attack of your enemies!

This Enchantment does exactly that, making it a strong and faithful companion while you hunt for Unique Armors.

Weakening Info and Effects by Tier 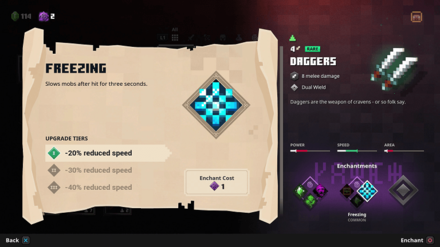 Freezing is a great defensive Enchantment that can decrease the enemy's damage output per second.

This will allow you to get more attacks in, while not having to worry as much about your health.

Freezing Info and Effects by Tier 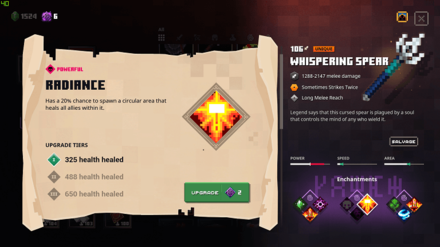 Pick this Enchantment up if you feel like you need more healing. It heals a lot, and it's even better when playing with friends!

It's most effective when used on a high attack speed weapon.

Radiance Info and Effects by Tier 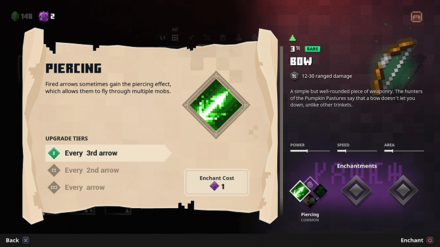 This Enchantment allows you to deal more damage with a single arrow. Great for groups of mobs!

At level 3 it also becomes guaranteed to activate, making it incredibly reliable. But wait, there's more!

The best thing about Piercing is that it keeps any other Enchantment effects, even after hitting the enemy first in line. So if for example you have Chain Reaction as well, all impacts down the enemy line have a chance of bursting into 5 shots. Yikes!

Piercing Info and Effects by Tier 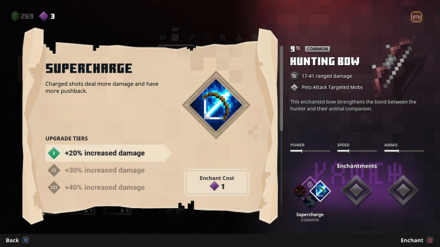 This is a great, all-round Enchantment. It increases the max damage you can do with your bow and even has an added effect of increasing the Knockback on your attacks!

Supercharge Info and Effects by Tier 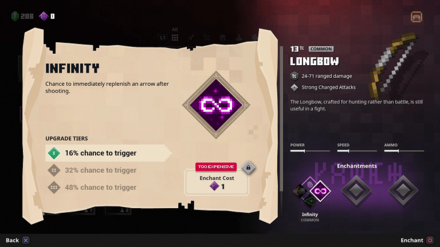 This is Enchantment is a must-have for every ranged build. It will let you fire away without having to worry about running out of Ammo.

Those days of Arrow-pinching are gone, friend!

Infinity Info and Effects by Tier 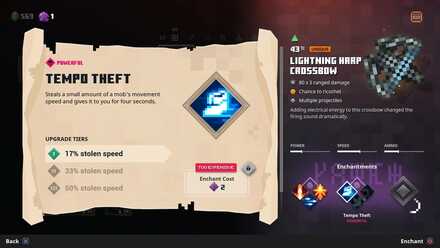 This is a great Enchantment against bosses and mini-bosses. Not only do you slow them down, you also gain movement speed.

A must-have for hit and run strategy. 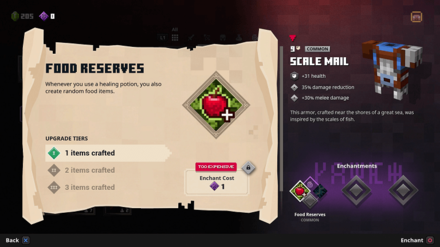 This Enchantment is great when playing Co-op. Not only do you get to heal yourself, but you can also drop food items for your friends. 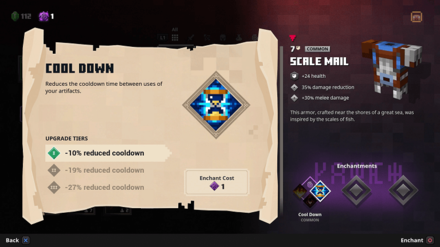 This is great when you have an Artifact that you rely on. At the max level, it can reduce the cooldown by 27% percent. That is more than 1/4 of the wait time removed!

Cool Down Info and Effects by Tier 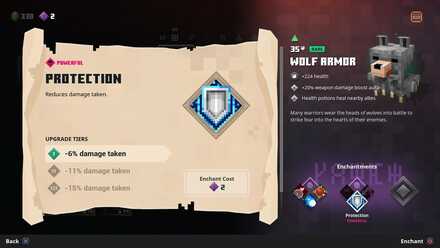 This is a really simple, yet very effective Enchantment. It doesn't do anything fancy, but will reliably lower the damage you take, great for Survivability.

Protection Info and Effects by Tier 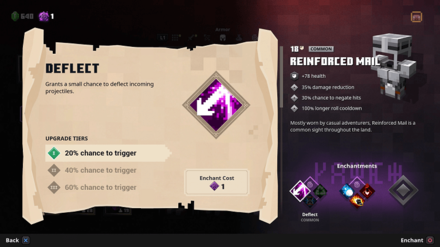 This is one of the best Enchantments to have in the later missions, with hordes of ranged enemies that can deal a lot of damage to you.

Not only does this Enchantment negate damage, it can also reflect it back to the enemies. One stone, two birds, and it's not even your stone!

Deflect Info and Effects by Tier 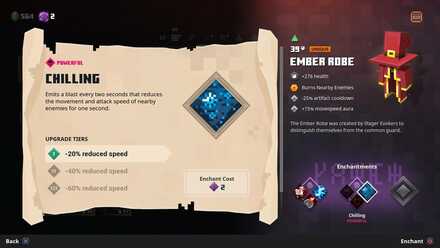 If you are the up-close-and-personal type of frontline fighter, you need this Enchantment. It will decrease the DPS of all mobs nearby you!

This effect is very strong strong and can keep you alive even if you are surrounded by a bunch of mobs.

Chilling Info and Effects by Tier

Register as a member and get all the information you want. (It's free!)
Login
Opinions about an article or post go here.
Opinions about an article or post
We at Game8 thank you for your support.
In order for us to make the best articles possible, share your corrections, opinions, and thoughts about "Best Enchantments" with us!
When reporting a problem, please be as specific as possible in providing details such as what conditions the problem occurred under and what kind of effects it had.