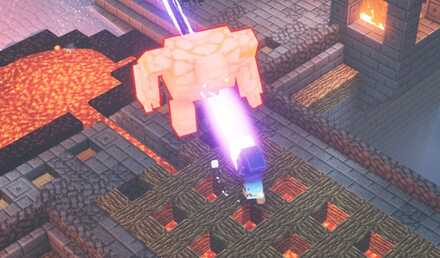 Mobs get beefed up more in the endgame and the stronger ones start to appear everywhere, especially in Apocalypse mode. Add these best artifacts in Minecraft Dungeons to your arsenal to match with the increasing difficulty! 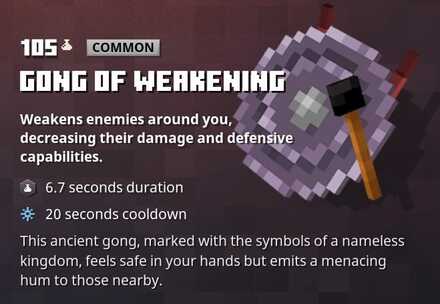 It is safe to say that the Gong of Weakening is THE best artifact in the game as it can cripple any enemy, even bosses, for a duration enough for you to deal insane amounts of damage.

Upon using this artifact, all enemies near you will be temporarily weakened, both their offenses and defenses. You can now deal extra damage to enemies that are affected and you do not have to worry about their attacks as these can only deal a little damage to you. 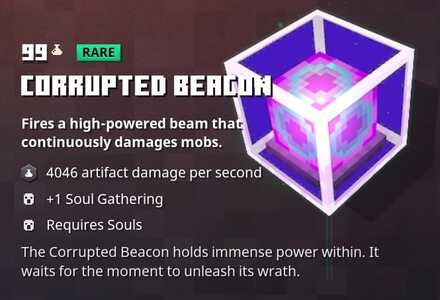 The Corrupted Beacon can raze a group of mobs or punish a boss. Its high continuous damage won't stop tearing your enemies down until you run out of souls or until you deactivate it. You are unable to move to a different position but you can change its direction while it is activated.

This artifact is useful for a burst of damage especially if you have a lot of souls to spare. 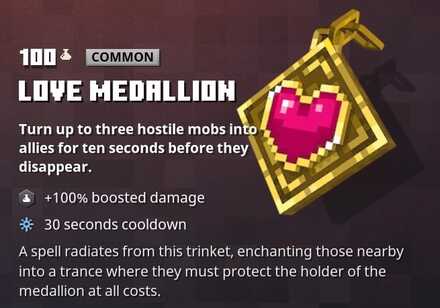 The Love Medallion converts 3 nearby enemies into allies to fight for you for 10 seconds. While being mind controlled, these mobs will also gain damage boost. 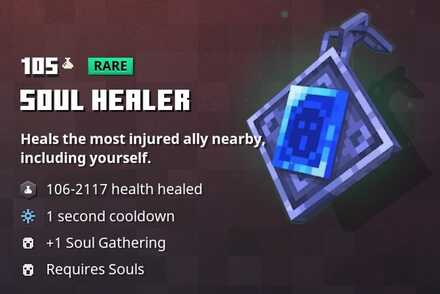 Soul Healer can be a good substitute for your potion given that you have collected enough souls.

The amount of health this artifact can restore depends on its power level and the amount of souls you currently have. If your soul bar is filled by at least one-third of its maximum limit, it will restore your health for up to the maximum amount shown on its stats. This means that you can use it up to 3 times before you completely deplete your full soul bar.

You can still use the Soul Healer even though you have a few souls remaining, but it will only restore a small amount of health accordingly.

When playing on multiplayer, however, it will restore health to the player nearby with the least health remaining, be it your friend or yourself. 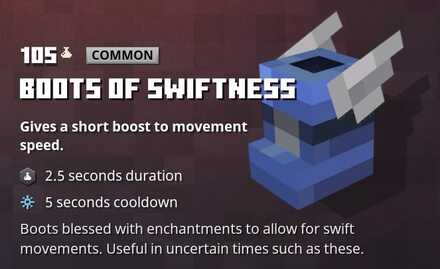 This early game artifact is useful at any point of the game. It's low cooldown time and huge speed boost makes it convenient on running away from enemies or simply running through the dungeon. Pair it with armor that reduces artifact cooldown and Cool Down enchantments and you'll be zooming through every mission. 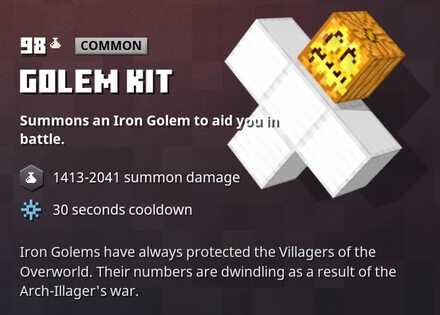 The Iron Golem, which is summoned by the Golem Kit, is the best pet to have around when playing any of the missions in any difficulty. The Iron Golem can deal a lot of damage per hit, attacks fast, and has a wide reach.

Its huge health pool makes sure that the Iron Golem alone can wipe out a horde of mobs even without healing support from any source.

>>2 I really feel like they will. There's a lot of things they can use as Jungle artifacts in the Jungle DLC.

Register as a member and get all the information you want. (It's free!)
Login
Opinions about an article or post go here.
Opinions about an article or post
We at Game8 thank you for your support.
In order for us to make the best articles possible, share your corrections, opinions, and thoughts about "Best Artifacts" with us!
When reporting a problem, please be as specific as possible in providing details such as what conditions the problem occurred under and what kind of effects it had.