How to Beat Nameless One | Boss Fight Guide | Minecraft Dungeons 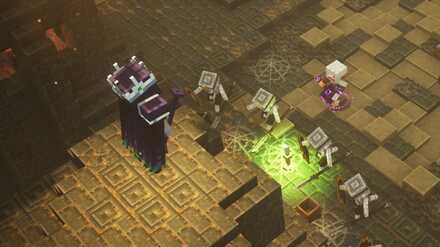 This is a strategy guide for beating Nameless One, a Boss in the game Minecraft Dungeons. Learn about Nameless One's attack patterns, weaknesses, and tips and strategies for defeating them. 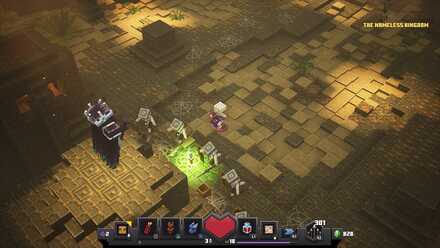 The Nameless One is encountered in the Desert Temple. It mainly attacks with spectral orbs and summons skeleton guards to back him up.

Best Equipment and Artifacts for Nameless One

Use Totem of Shielding near the Nameless One and attack him from a safe position.

Nameless One Attacks and Abilities

The Nameless One will occasionally summon skeleton guards to attack the player. These mobs are equipped with glaives which might outrange your melee weapon.

After summoning skeleton guards, the Nameless One will shoot the player with spectral orbs.

One of its attacks is surrounding the player with copies of itself to attack with spectral orbs and then disappearing immediately after.

Tips & Strategies for Beating Nameless One

Hide Behind the Pedestals 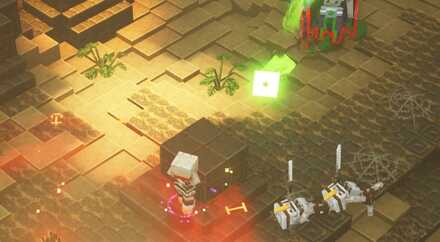 The Nameless One does not move around while attacking. Hide behind the pedestals to protect yourself from his projectiles while dealing with the skeleton guards that come close.

Use the Totem of Shielding 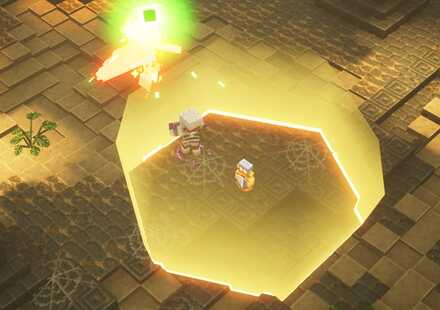 If you already have the Totem of Shielding, you can use this against his projectiles. Remember to use it a few blocks away from him where you can safely reach him with your melee attacks while still being inside the shield. 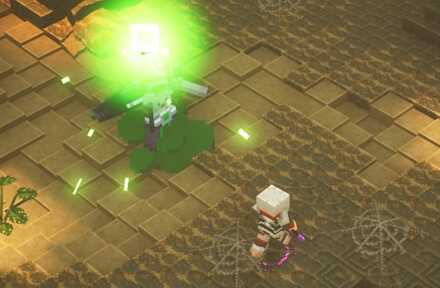 Watch out when the Nameless One starts charging his staff. He will either summon a row of skeleton guards or attack with mirror images. Either way, you should stay away from him to avoid getting caught off guard. 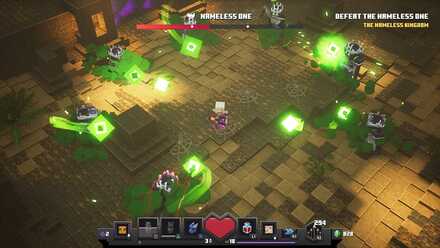 This battle is actually easier than it looks, you just need to concentrate and be patient.

To deal with the skeleton guards, move to a safe position like behind the pedestals and defeat them one by one from there or simply use your ranged attacks.

The spectral orbs from the mirror image attack is kinda slow and you are not completely surrounded. Simply roll toward an opening or use the Totem of Shielding if it is ready.

Register as a member and get all the information you want. (It's free!)
Login
Opinions about an article or post go here.
Opinions about an article or post
We at Game8 thank you for your support.
In order for us to make the best articles possible, share your corrections, opinions, and thoughts about "How to Beat Nameless One | Boss Fight Guide" with us!
When reporting a problem, please be as specific as possible in providing details such as what conditions the problem occurred under and what kind of effects it had.