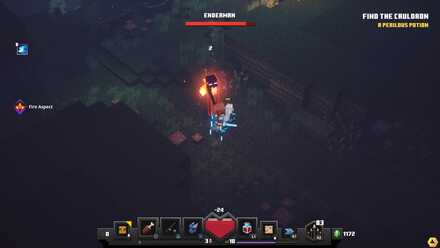 This is a strategy guide for beating Enderman, a Boss in the game Minecraft Dungeons. Learn about Enderman's attack patterns, weaknesses, and tips and strategies for defeating them. 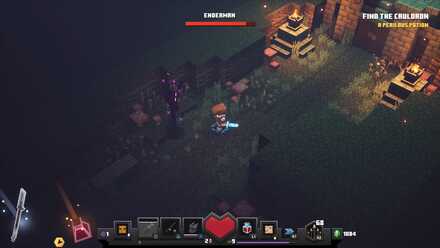 Enderman appears in Soggy Swamp. It quickly charges towards a player and attacks a few times before disappearing. After a few seconds, it will appear near its next target.

Best Equipment and Artifacts for Enderman

The Enderman is best fought with ranged attacks so the melee weapon does not really matter much, but equip your best one just in case you have to fight him head-on. You can also swap the Diamond Sword with a higher damaging weapon or a weapon with Sharpness enchantment.

With the Archer's Armor's movespeed aura, Swiftfooted enchantment, and your Boots of Swiftness, you can easily move away from the Enderman. 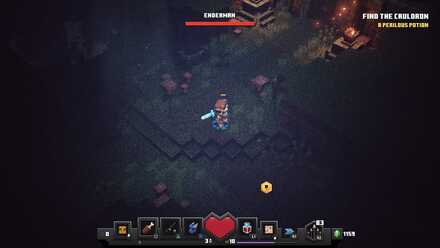 You will notice screen disturbances when Enderman is nearby. This is your signal to prepare for the boss battle!

The Enderman will go straight to a player before attacking with its arms. Even though its attack is very simple, it has quite a long range and high damage. 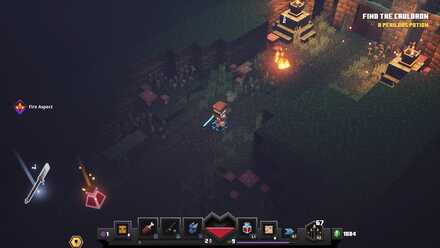 After attacking (or being attacked) a few times, it will disappear and reappear near a player before attacking again.

The Enderman's melee attacks hit hard so equip your armor with the highest defense to take less damage from them. 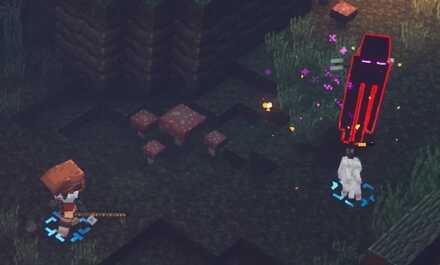 You can also get away from Enderman before attacking with your ranged weapon from a safe distance. Use the wolf from the Tasty Bone as a lure and rain arrows while the Enderman is attacking it.

Do Not Forget to Heal 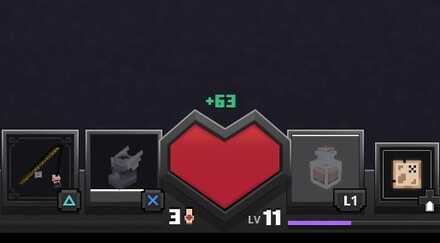 Enderman's attacks are difficult to avoid because of its range and the Enderman reappears near you before attacking. If your are low on health, remember to use your potion by pressing L1.

Register as a member and get all the information you want. (It's free!)
Login
Opinions about an article or post go here.
Opinions about an article or post
We at Game8 thank you for your support.
In order for us to make the best articles possible, share your corrections, opinions, and thoughts about "How to Beat Enderman | Boss Fight Guide" with us!
When reporting a problem, please be as specific as possible in providing details such as what conditions the problem occurred under and what kind of effects it had.