Basic Controls and How to Play | Minecraft Dungeons 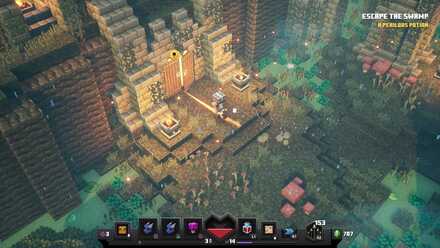 This is an explanation of the basic control system and basics of how to play the game Minecraft Dungeons. Learn how to control your character and all in-game commands for PS4, Xbox One, and Nintendo Switch.

You can check all the Controls for the game by accessing the Menu screen and pressing View Controls. This will show a full map of your controller with all buttons and commands conveniently labeled!

List of Controls on PS4, Xbox One, and Nintendo Switch

How to Change Controls 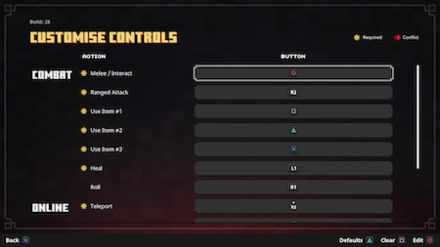 From the View Controls screen, you can change the mapping of any button on your controller. This gives you the freedom to setup your controller in any way you like!

Explanation of All Commands: How to Play 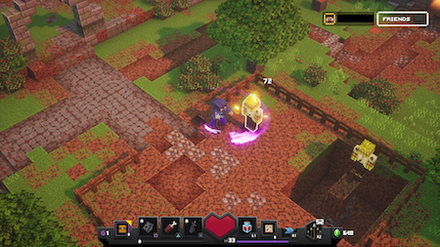 In a game focused on combat, your main command involves slashing with a melee weapon, such as a Sword, Knife or even a Sickle. This command is also used to interact with friendly characters when near them. 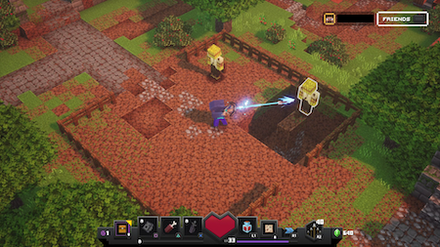 In addition to your Melee Weapon, you'll also always have a Ranged Weapon on hand to take down enemies from a distance. Keep in mind that ranged attacks use arrows, so if you run out, you won't be able to use your Ranged Weapon until you find an Arrow Bundle. 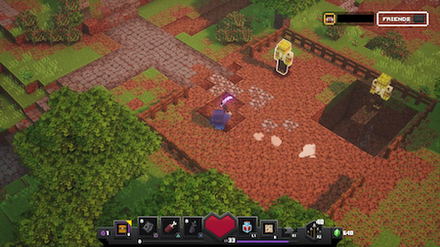 The Roll Dodge gives you a momentary speed boost and also allows you to quickly change direction to avoid attacks. Some Enchantments, such as Fire Trail, change your Roll Dodge into an attack. The Roll Dodge does have a short cooldown period, so only use it when you need it. 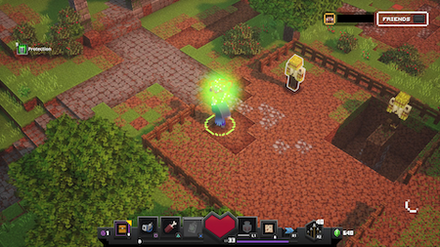 Artifacts are permanent items which players can use repeatedly. Depending on the Artifact, a variety of effects are possible, including healing, damaging opponents, and even summoning pets. Each Artifact has a cooldown period, or is powered by a resource called Souls, so be sure to keep track of your Artifact usage so you have them when you need them. 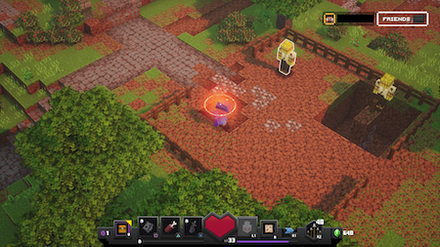 The Healing Potion is a permanent item that stays with you throughout the game. When used, it recovers the majority of your health, saving you often from certain death. Like Artifacts, it has a cooldown period between uses, but unlike Artifacts, it can't be switched out for another item. Some Enchantments, like Potion Barrier, can grant additional effects to your Healing Potion. 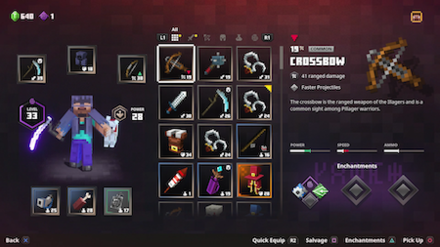 Taking damage on the Inventory Screen.

The Inventory screen is where you will equip your Equipment and Artifacts, power up your Equipment with Enchantments, as well as Salvaging items you don't need in exchange for Emeralds.

Remember that accessing the Inventory does not pause the game, and when you are attacked on the Inventory screen, you'll see your character sprite react to the damage. 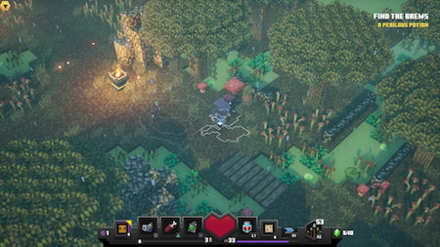 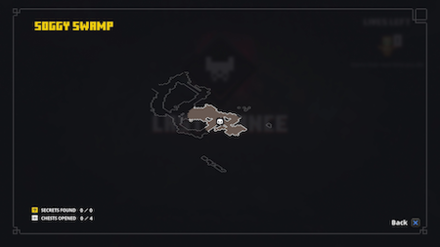 If the Minimap doesn't give enough information, you can check the Full Map by holding down the button. The Full Map will show you the same map as the Minimap on a separate screen, making it easier to see. Like the Minimap, it isn't scrollable, so you won't be able to view the map of the entire level all at once.

Also note that like other in-game menus, the game will not pause when viewing the Map. The screen's outline will turn red as you take damage, and if you die on the Map screen, your icon will change into the cute skull pictured above.

When playing Online, you can use this feature to send messages to the other players! There's a limited number of options, but you can ask for Health or Arrows from your teammates, thank them for their generosity, and more. 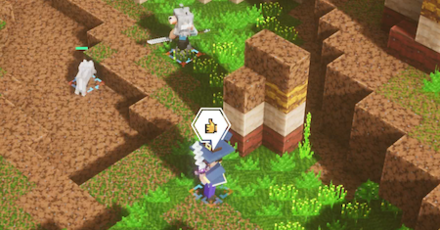 Another feature unique to multiplayer, Teleporting will allow you to go directly to another player's location! If you get left behind or find yourself lost, or need to go help a teammate in need, hold down the button to Teleport to where any co-player is. However, Teleporting takes a few seconds to charge up, so you won't be able to rely on it for every situation. 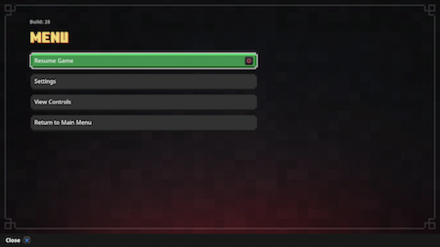 Despite its name, like all the other in-game menus, you can still take damage on the Pause Menu. We would not label it a Pause Menu at all, but this is its official name on the Controls page, so there you are. Find a safe spot and visit this screen to change your in-game Settings and Controls, resign from a Mission, or go back to the Main Menu. 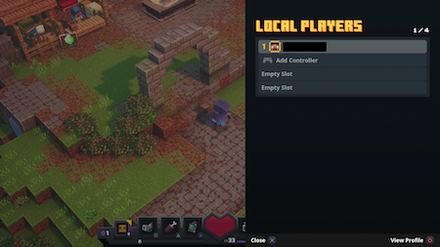 Open the Friends Menu to add other players to the game for Local Co-Op! Your friends can hop in even when you're in the middle of a Mission. Check our full guide below to learn all about how to set things up.

I wonder if they can also put a "waypoint" or a "rallypoint" feature. Like you will set a series of movements and then the character will execute it. It will be good to use when you are afk farming.

Register as a member and get all the information you want. (It's free!)
Login
Opinions about an article or post go here.
Opinions about an article or post
We at Game8 thank you for your support.
In order for us to make the best articles possible, share your corrections, opinions, and thoughts about "Basic Controls and How to Play" with us!
When reporting a problem, please be as specific as possible in providing details such as what conditions the problem occurred under and what kind of effects it had.