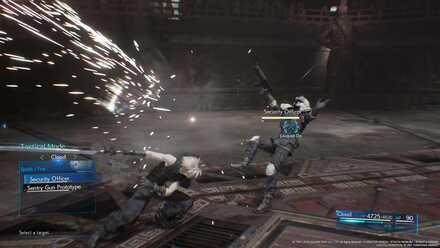 This is a guide to beating the Corneo Colosseum challenge Vs. Shinra Thugs in the game Final Fantasy 7 Remake (FF7R). This article explains what enemies you will face, recommended equipment and materia, and tips and strategies for defeating them. 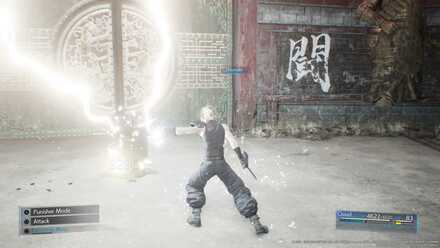 This Batlle Challenge has multiple human and mechanical enemies in it. Use Fire magic on the Security officer and Grenadier, but use Lightning on Sentry Gun Prototype instead. It is best to focus on the Grenadiers first, due to their high damaging grenades. 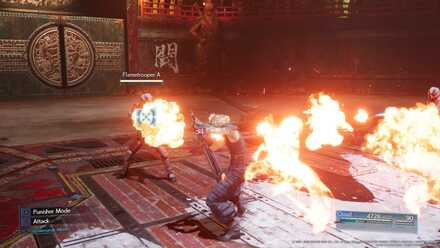 Flametroopers are resistant to physical attacks. Rely on Fire spells for big damage. Attack from behind when you have to do damage with physcial attacks. Do enough damage to their back and their gas canister will explode, doing significant damage and putting them into the pressured state! 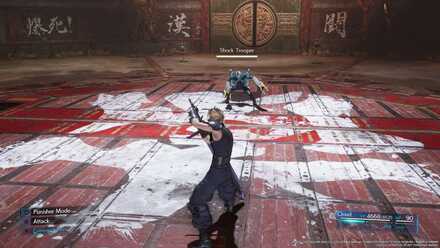 This fight will have you blocking a lot. Having Steadfast Block materia will help block more damage and give you the ATB needed to cast spells for this fight. Take out the Shock Trooper with the help of Fire magic. The Sentry Rays will be easier to fight as they will be sitting ducks at this point! 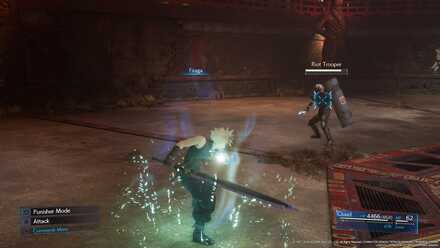 Focus on the Slug-Rays Then Deal with the Riot Trooper 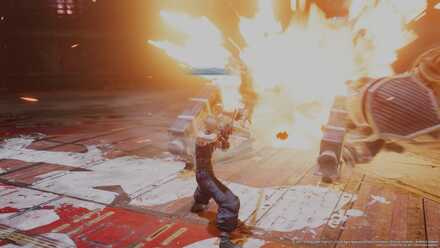 The Sentry Launcher can deal a lot of damage to you if left alone. Try to destroy it as fast as possible, get in close and it will have a hard time hitting you. Fighting the Sweeper by itself will be a simpler fight. Just stay behind it and attack from there. Both are weak to Lightning magic, so fill up your ATB and cast those Thunders!

Register as a member and get all the information you want. (It's free!)
Login
Opinions about an article or post go here.
Opinions about an article or post
We at Game8 thank you for your support.
In order for us to make the best articles possible, share your corrections, opinions, and thoughts about "How to Beat Vs. Shinra Thugs | Corneo Colosseum Guide" with us!
When reporting a problem, please be as specific as possible in providing details such as what conditions the problem occurred under and what kind of effects it had.