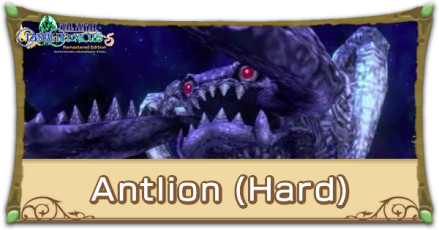 Learn how to beat the boss Antlion (Hard) in the game Final Fantasy Crystal Chronicles: Remastered Edition (FFCC). This guide has all the details on Antlion (Hard)'s weaknesses and resistances, attack patterns, and what artifacts it drops. 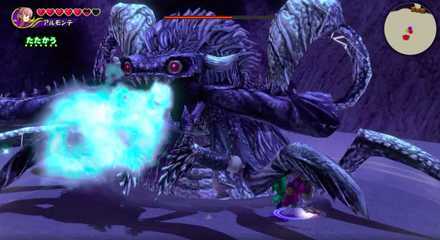 Antlion's breath attack changes to Ice and will now freeze instead of petrify. If you keep on the move you can avoid this attack, preparing Ice resistance will also help with the new adds. Make sure to bring Ice resistant equipment. 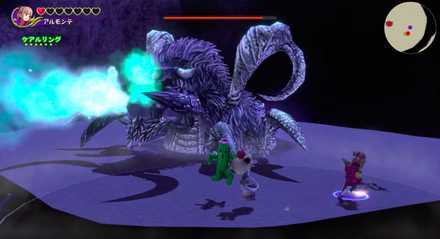 This is the most annoying addition to this fight. With high attack power, the ability to cast Blizzara, and difficult to counter attack, the Cactuars will give you a hard time for sure. If you don't take them out you'll have difficulty healing yourself and dealing with the Antlion so go after them first. 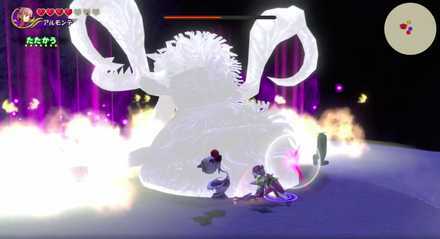 Aside from the Cactuars showing up to ruin your day, this fight goes pretty much the way its normal counterpart did. It doesn't have the strongest attacks but as its HP goes down it will begin to use ones that cover more of the battlefield.

To succeed in this fight you're going to need to be good at keeping on its back and dealing with the camera.

In order for us to make the best articles possible, share your corrections, opinions, and thoughts about 「Antlion (Hard) Weaknesses and How to Beat | Final Fantasy Crystal Chronicles」 with us!