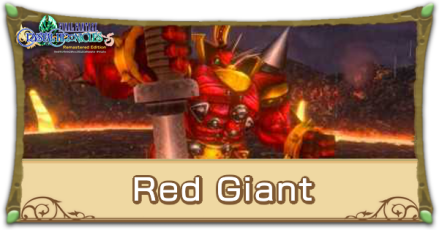 Learn how to beat the boss Red Giant in the game Final Fantasy Crystal Chronicles: Remastered Edition (FFCC). This guide has all the details on Red Giant's weaknesses and resistances, attack patterns, and what artifacts it drops.

Goblins Replaced With a Behemoth 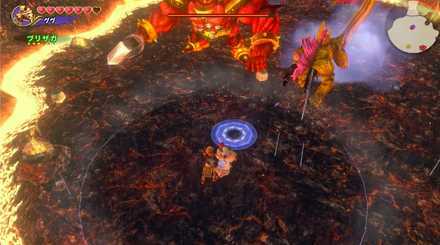 Unlike the original fight, there are no longer any Goblins. Instead you will have to deal with a Behemoth alongside the Red Giant. The Behemoth's HP and attack power are fairly high and its attacks can hit from far away. Ignore the Red Giant and focus down the Behemoth first.

Opening After Sonic Boom is Shorter 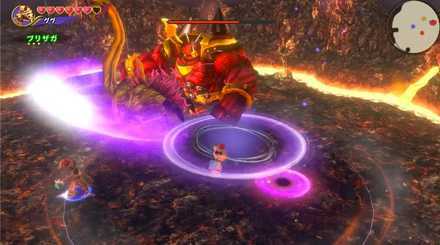 When the Red Giant has a sword and you're far away it will use Sonic Boom, but this time with higher frequency. You won't have enough time to get off -ra level spells so it's harder to take it down from afar. Instead move behind the Red Giant and bait its other attacks while whittling its health away.

Use Blizzara on the Behemoth 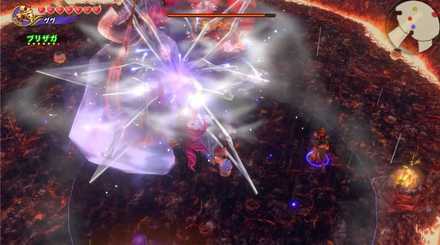 The Behemoth looks menacing and will definitely be a nuisance in this fight, but if you use Blizzara it can easily be frozen in place. Sonic Boom is also something you want to avoid so try to stay closer to the Red Giant and prevent it from using it. The Behemoth will eventually respawn but keep up the same strategy and you should be fine.

Strategy is the Same as Iron Giant 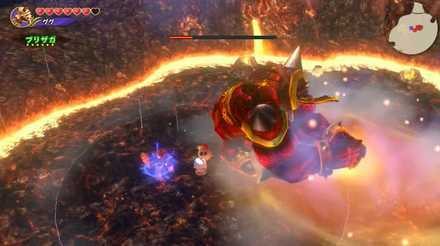 With the Behemoth out of the way, facing the Red Giant isn't all too different from the Iron Giant. Keep behind it where its attacks have trouble hitting you and go to town.

Register as a member and get all the information you want. (It's free!)
Login
Opinions about an article or post go here.
Opinions about an article or post
We at Game8 thank you for your support.
In order for us to make the best articles possible, share your corrections, opinions, and thoughts about "Red Giant Weaknesses and How to Beat" with us!
When reporting a problem, please be as specific as possible in providing details such as what conditions the problem occurred under and what kind of effects it had.