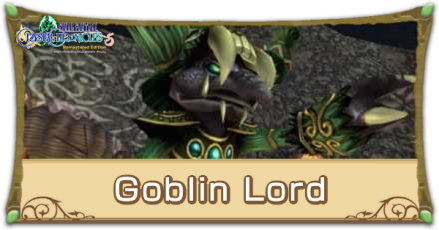 Learn how to beat the boss Goblin Lord in the game Final Fantasy Crystal Chronicles: Remastered Edition (FFCC). This guide has all the details on Goblin Lord's weaknesses and resistances, attack patterns, and what artifacts it drops. 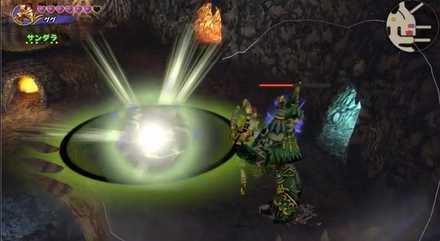 When you're close to the Goblin Lord and it hits you with its staff it can now cause Petrify. The normal mode version was already a handful as it is so this makes getting up close even more dangerous. The Goblin Lord will also come at you with Curse, Poison, and Slow as well so cs.hoose your resistances wisely. 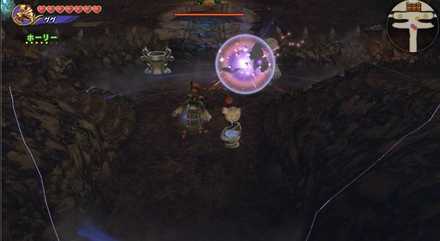 The enemies that join the fight are now Ghosts that have high attack power. If your charge in unprepared you'll have a bad time. Spell fuse Holy to take them out as usual but beware as they come in numbers. 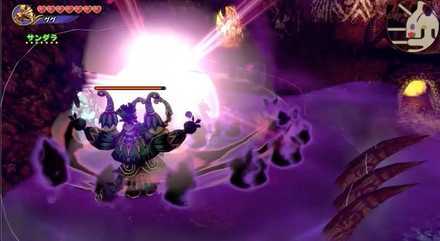 Both the Goblin Lord and Ghosts will cast Cursega so if you don't have +2 Curse resistance you'll have to suffer through your stats being halved. On the bright side, Cursega deals no damage, so having +2 Curse resistance will completely negate its effects.

It can get tough to see what's going on during the fight so make sure you don't get hit by Bio, either. 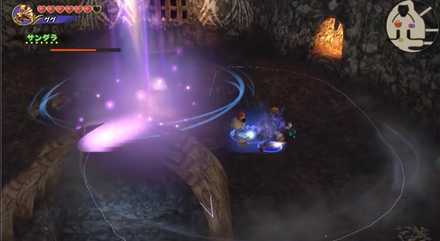 Just like the Goblin King, the Goblin Lord's attack pattern is based on how close or far away from it you are. While further away it will cast magic attacks which gives you time to close the distance and lay down the hurt.

Register as a member and get all the information you want. (It's free!)
Login
Opinions about an article or post go here.
Opinions about an article or post
We at Game8 thank you for your support.
In order for us to make the best articles possible, share your corrections, opinions, and thoughts about "Goblin Lord Weaknesses and How to Beat" with us!
When reporting a problem, please be as specific as possible in providing details such as what conditions the problem occurred under and what kind of effects it had.