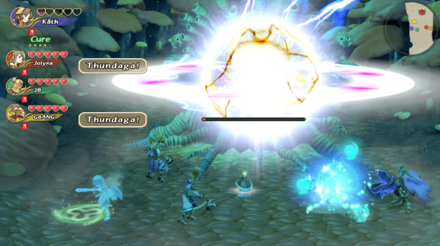 In Final Fantasy Crystal Chronicles Remastered Edition (FFCC), you can fuse different spells to get a new spell with a different effect or fuse similar spells to create a more powerful version of that spell. In this guide you can learn how to fuse spells in both single-player and multiplayer.

How to Fuse Spells in Single-player Mode

Fuse Spells from the Menu 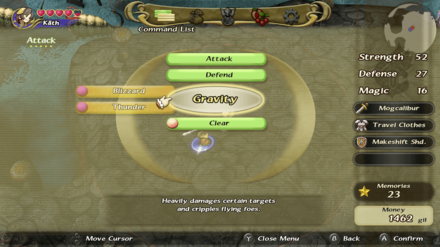 The standard method for Spell Fusion in single-player is to place two or more compatible spells next to each in your Command Slots and then select the Fuse option. When you access the menu with a fusable combination, the Spells will Fuse automatically, so select Split if you would prefer to use the separate Spells. 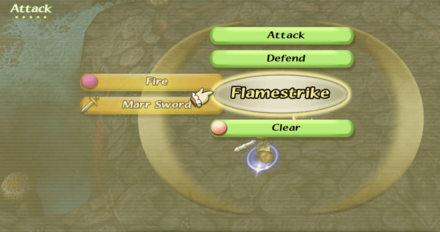 Another form of Spell Fusion is fusing Magicite together with a Weapon to equip a Magic Strike. Magic Strikes will imbue your Weapon with a chance of inflicting a status effect on enemies.

You won't be able to use your currently equipped Weapon when equpping a Magic Strike from the menu, so be careful not to use a Weapon which will significantly nerf your Strength. 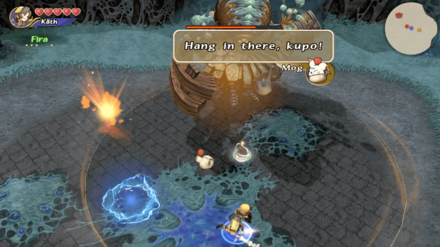 Mog, your Moogle Partner, can also help cast Spells or execute Magic Strikes with you. When they say Hang in there, Kupo!, have them drop the chalice and prepare your own spell. They will then place their targeting ring on top of yours. The timing is same with Multiplayer casting.

Mog will only attempt to cast a spell once after saying this, so if it doesn't work out, you'll have to wait until next time Mog says it.

The spell Mog will use depends on their fur color, which can be changed in the Mog Paint minigame, available in any Moogle House. Be sure to color Mog with the one which matches your most-used Spells, as Mog will cast a random spell when not colored, making it hard to fuse a useful spell.

What Can Mog Do?

How to Fuse Spells in Multiplayer Mode 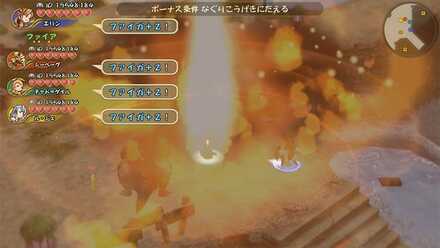 Fusing Spells in Multiplayer is a little bit harder, but it pays off. Players must target the same area while casting fusable spells. Several players casting together can stack their rings to create higher level Spells which are not achievable in single player mode.

Note that equipping fused Spells or Magic Strikes via the menu is not possible in multiplayer mode.

How to Time Spell Fusion 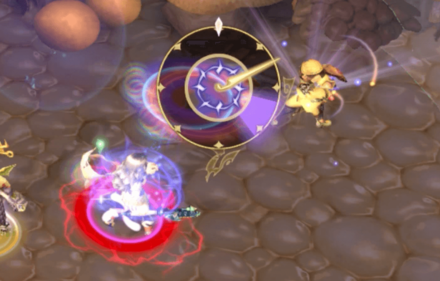 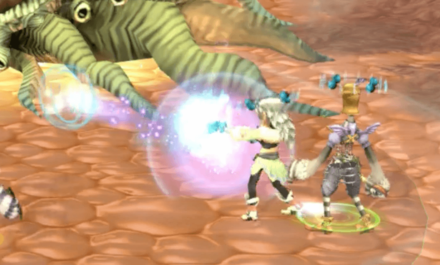 In Multiplayer mode, Magic Strikes work the same way as casting spells. One player must aim one of the three elemental Spells, and another must target an area with a Focus Attack. The Spellcaster will release the button, then the Focus Attack user must match the timer to execute the Magic Strike.

Keep in mind that Magic Strikes will not work if the Focus Attack user releases the button first.

*In Multiplayer mode, the -ga Spells can be cast with only two of the relevant spells. Either a -ra Spell or a -ga Spell can be cast depending on the Spell Timing. 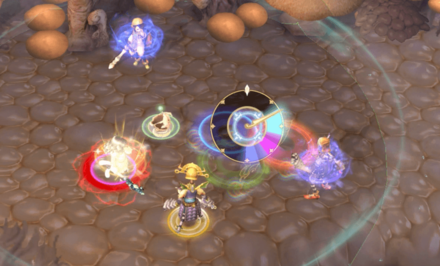 Each fused spell has unique timers when being fused. There are five different timings in total that are needed for different spells. Generally, checking the Timer displayed in-game is enough, but some spells have multiple options available, so it can be good to know the different timing types.

All players should cast their spells at the same time or at least right after the first player casts their spell. This is the simplest one to master.

This is a little trickier than type A but very similar. After the first player cast their spell, the rest of the players should wait about one second then release their spells at the same time.

For type C, players cast their spells one after the other. This may seem a bit difficult, but shouldn't be too hard after some practice.

Type D might be the hardest to master the timing for, but it results in the most powerful spells in the game so it should be worth practicing. After the first player casts their spell, each player must wait about one second for their own turn to cast.

Type E is similar to type D with just a smaller pause in between.

Post (1 Comments)
Opinions about an article or post go here.
Opinions about an article or post
We at Game8 thank you for your support.
In order for us to make the best articles possible, share your corrections, opinions, and thoughts about "Spell Fusion - How to Fuse Spells (Combo Attacks)" with us!
When reporting a problem, please be as specific as possible in providing details such as what conditions the problem occurred under and what kind of effects it had.