This page contains information about the boss Phoenix from the game Final Fantasy XII The Zodiac Age (FF XII, FF12). Read on to know more about this boss fight including the boss' moveset and strategies to use against it.

How to beat Phoenix 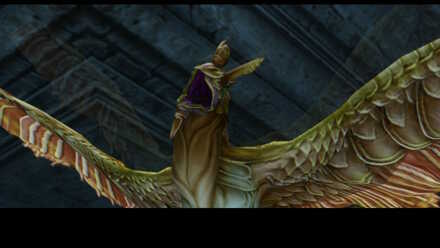 The Phoenix is a flying enemy. That alone makes this battle hard, without including the fact that its elemental weakness shifts around. The Phoenix is always weak against one element and absorbs all others, leaving it up to the player to guess which element it is weak against at the moment by fighting.

The Phoenix's max combo reaches up to 12 with a 14% chance of being successful. It can Lunge from the sky, ignoring a character's evasion. While it does only normal damage, it can also Shift its elemental weakness around at a whim, such that one moment it might be weak against fire; the next it could be weak against lightning. 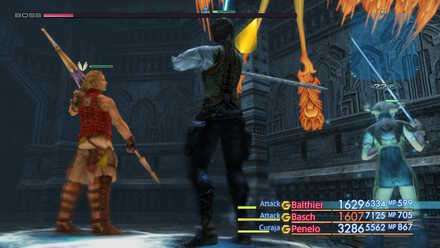 At the beginning of the battle, have your White Mage cast Protect / Protectga on your party to defend against the Phoenix's attacks. To mitigate having to deal with finding out its elemental weakness, assign a Black Mage to use Scourge or Scathe on it. It is also fairly weak against Eksir berries, but don't make this your priority. Your main damage dealers should be ranged attackers with strong ranged weapons.

The Phonix's attacks are fairly strong, so your White Mage should be prepared to resurrect with Raise / Arise or cure your party with Cura / Curaja. Dispel also helps in having the Phoenix take heavier damage from your main attackers.

Have a melee tank if you must, but it is better to battle a flying foe with range attacks.

Register as a member and get all the information you want. (It's free!)
Login
Opinions about an article or post go here.
Opinions about an article or post
We at Game8 thank you for your support.
In order for us to make the best articles possible, share your corrections, opinions, and thoughts about "How to Beat Phoenix" with us!
When reporting a problem, please be as specific as possible in providing details such as what conditions the problem occurred under and what kind of effects it had.