How to Change Gambits | FF12

A well-managed Gambit is important for defeating tough enemies like Zodiark or Yiazmat. Read on and find out how the Gambit system works to help players master the game Final Fantasy XII (FF12, FFXII).

Remember that part in the Garamsythe Waterway when Balthier explains to you the meanings of Gambits? Penelo also opened up about Gambits, but that was not yet the Gambit system long-time players may have become familiar with. While the Waterway cutscene was supposed to cover everything, the Gambit system turned out to be an even deeper system. 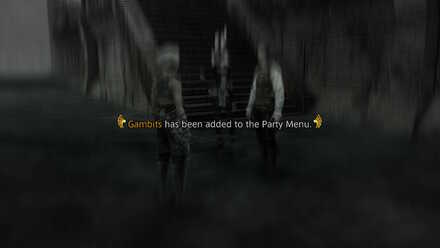 Gambits are 'programmable' actions which characters in your party follow to a T. For instance, if you order a part a-member to attack the target of the party leader, he or she will only attack once the leader has targeted the enemy.

In a similar fashion, you can program your White Mage to heal party members once their remaining HP is at 70%, and Black Mages can be programmed to rain Thunder on enemies weak to the Lightning element.

There are many possibilities; how limited they are, or how extensive and 'complete' they can turn out to be, is all up to you!

When do you get Gambits?

The earliest instance would be with your meeting with Penelo, but the earliest you can begin to create your own set of 'commands' would be at the Garamsythe Waterways with Balthier and Fran. By this time, you'll have access to the initial page, though you begin to unlock more slots as you work on the License Boards. 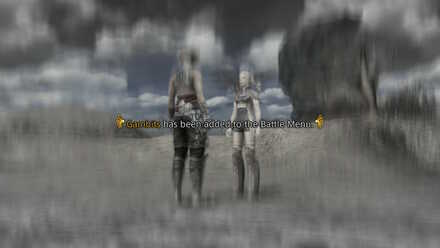 Initially, you'll be able to command Vaan and company to focus their attack on a single target or have two characters attack while one focuses on healing and buffing the party with boosts.

How to create your own Gambit setup

Enough about the TED talks on Gambits. How do you create your own selections? Read on and find out:

Go to the Gambits section 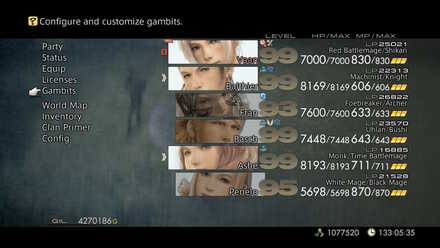 The Gambits section can be found in the same menu section where Party, Status, and Equip options are located. Select it to go to the Gambits selection screen.

Choose a character to set Gambits for 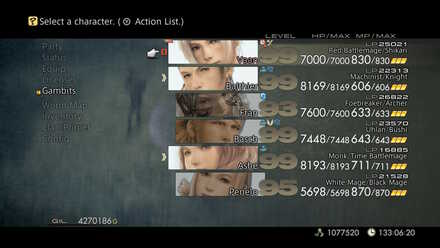 Once you've selected this option, you'll be asked which characters will have their Gambits edited. Select one to go to the Gambits edit screen.

Sort out your Gambits 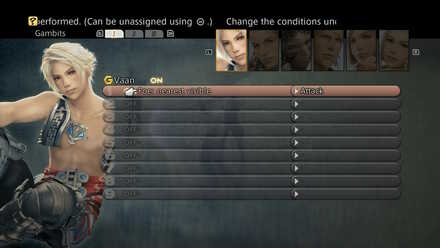 In the Gambits screen, you can also manage which targets you may want to go after. There are three selections that may be of significant importance to most players: 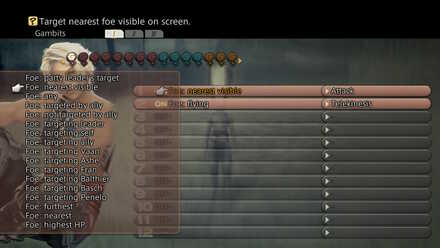 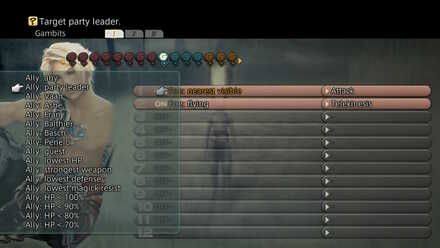 Blue means Gambits that target your Allies, whether to heal or to give buffs and any similar action. 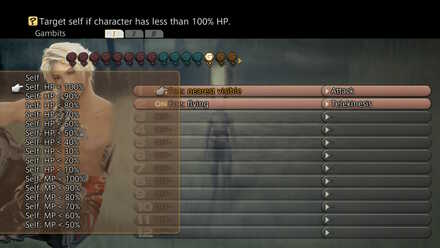 The Yellow section signifies target Gambits for yourself, whether you want to heal or restore your MP.

Change the order of your Gambits

In the Menu section of the Gambits screen, you can also choose to move your Gambits according to priority. 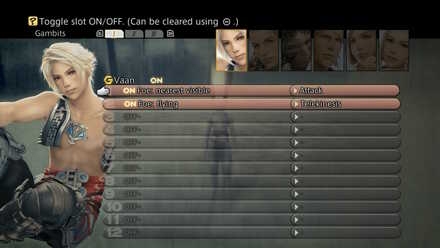 You may choose to move certain Gambits up so that they take priority over others, 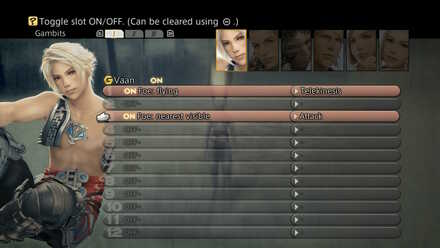 Or down to give way to other options.

Turning your Gambits ON or OFF

Gambits can also be turned ON or OFF depending on your party's needs. This is especially important to consider as a wayward Curaga spell can KO a Reversed character, or a Reverse spell may put a character in jeopardy during a boss fight. It is as simple as bringing the cursor to where it says ON and clicking on it so that it goes to OFF.

There are three ways in which you can turn a character's gambits ON or OFF: 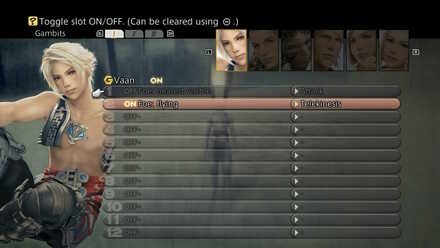 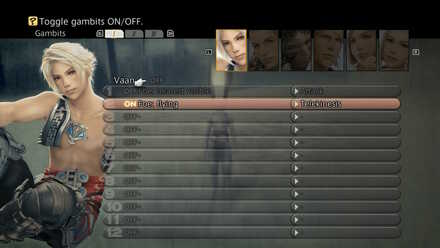 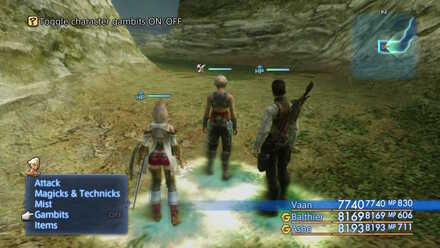 In order for us to make the best articles possible, share your corrections, opinions, and thoughts about 「How to Change Gambits | FF12」 with us!