This is the story walkthrough page for the locations Nalbina Fortress, Mosphoran Highwaste, The Salikawood, the Phon Coast, Tchita Uplands, and the Sochen Cave Palace in the game Final Fantasy XII (FF12, FFXII, FFXII Zodiac Age). Read on for more information about objectives, items, and bosses within this section.

The Importance of Teleportation 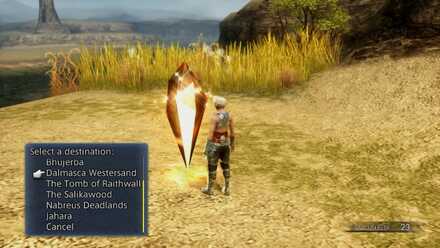 In Final Fantasy XII, there are orange savepoints dotted throughout the landscape which also doubles as teleportation stones. If you have teleport stones, consider using them to travel through the world of FF12. Unless you're leveling up, it will save you the time and the trouble of fighting against monsters. 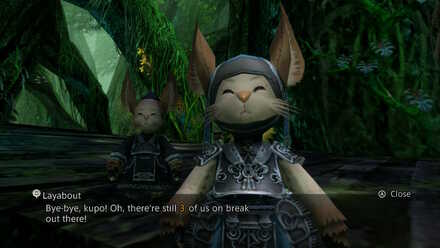 In the Salikawood, there is a crew of Moogles who are working on restoration of the gate going to the Phon Coast. Assist them in order to progress through the quest. 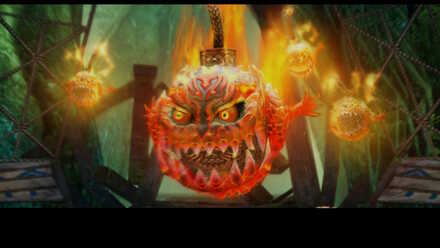 The King Bomb is an optional boss and is not required to progress the story. This boss battle will be though without the proper gambits, equipments, and strategy. Visit the link below to learn more about beating the King Bomb.

How to beat King Bomb 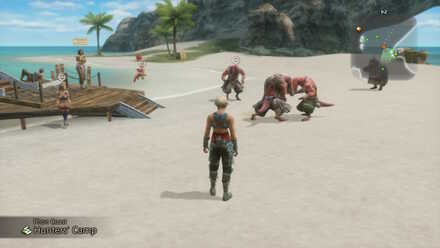 The Hunters' Camp serves as the main port of call for clan hunters with marks. They will only recognize an 'accomplished' hunter and will have a few quests to test your mettle as a hunter. If you want more information on how to complete the associated quests, visit the link below. 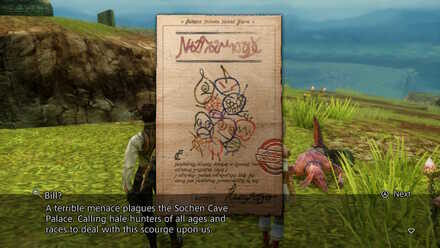 The hunt for these special Mandragoras is a separate one that isn't recorded in the hunt books. These bosses aren't considered such, but they can be tough because of the selection of status effects they can impose on your entire party. Learn more about these troublesome bunch by following this link. 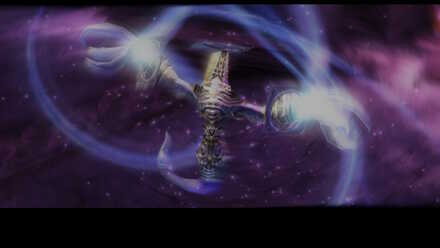 The Ahriman is a Dark monster and the main reason why the Sochen Cave Palace route to Old Archades is something even the bravest of adventurers have avoided. Form a strategy against the Ahriman by following this link.

How to beat Ahriman 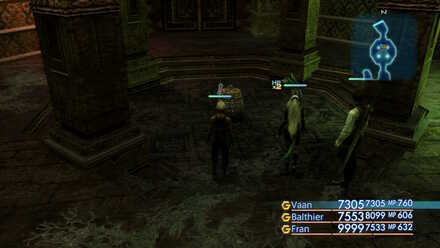 The Sochen Cave Palace is a literal treasure mine. Treasures are scattered about, and there is also a locked room here containing a supposedly rare treasure.

In the Original version of the game, the chest contained a very good ninja sword. In the Zodiac version, however, it only contains a Megalixir, which fully restores the HP and MP of the whole party. If you want access to the room where the chest can be found, follow this path: 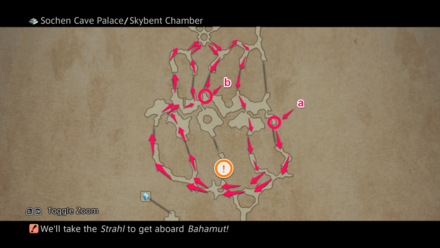 Starting at point A, work your way up to point B. Once you've followed that path, a message will say that 'you hear a door open in the distance'. This clears the way for you to get the (!)Megalixir, but the re-arrangement of the waterfalls yields treasures like the 1000 Needles technick, as well as various other treasures.

This area is also home to the Hell Wyrm, another formidable opponent. To know more about finding and defeating this mark, follow this link:

In order for us to make the best articles possible, share your corrections, opinions, and thoughts about 「Mosphoran Highwaste ~ Sochen Cave Palace - Walkthrough | FF12」 with us!