This page contains information about the boss Fury from the game Final Fantasy XII The Zodiac Age (FF XII, FF12). Read on to know more about this boss fight including the boss' moveset and strategies to use against it.

How to beat Fury 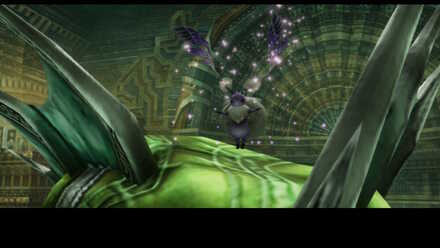 Don't let its small size fool you! The Fury is, after all, the second prelude boss before your fight against the Esper Chaos. The Fury comes across as an easy battle, owing to its appearance as a dreamhare. However, behind that facade is a difficult and crafty enemy that's capable of taking down a Catoblepas. Its attacks are mostly physical. It's also no pushover, considering its attacks can inflict 4000 HP on a single hit, when Berserked.

This monster dreamhare's attacks can chain to form a combo of 12. That's a lot. aside from that, it has strong physical attacks like Bunny Slam and Lunge, alongside Hero's March, which casts a collection of protective palings like Protect and Shell on itself, and Time Requiem, which inflicts the Stop status on its enemies. 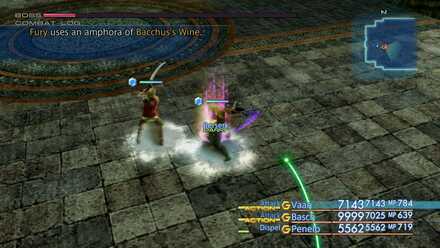 Start by casting Protect on the entire party to negate most of the Fury's physical attacks. Water-element weapons and magicks are effective, as the Fury is weakest against this element. When in critical HP, it will start putting up its Defense and it will also parry most of your physical attacks.

A good tactic would be to use Dispel when it starts to cast Berserk on itself (using Bacchus Wine) to negate it nailing your party with a heavy attack.

Register as a member and get all the information you want. (It's free!)
Login
Opinions about an article or post go here.
Opinions about an article or post
We at Game8 thank you for your support.
In order for us to make the best articles possible, share your corrections, opinions, and thoughts about "How to Beat Fury" with us!
When reporting a problem, please be as specific as possible in providing details such as what conditions the problem occurred under and what kind of effects it had.