From scrawny streetrat to the Champion of Ivalice, learn how to bring your party up to scratch! Read on to find out about the basics of going up in levels in the world of Final Fantasy XII (FF12, FFXII).

Leveling Up - The Basics

Leveling up in FF XII requires a bit more than just sticking the pointy end of your sword into your enemy. The various enemies in Final Fantasy XII doesn't just give up gil and various items upon death--they also give out XP, which is needed for the growth of your party. Check out the basic facts that goes into leveling up and how to make the most out of your time in Ivalice's different regions.

Places to Level Up

There are good areas to level up in the world of Final Fantasy XII. Most of these have been shared among the community of gamers and fans of the franchise, but there are still many players who don't know which places these are. These areas hold distinction among others as places where characters can gain ten or twenty levels on a grind.

It's not the elemental type of enemies nor their strength and stats that make them the best choice when leveling up. It's their levels, as well, and the XP that they give up when they are defeated. Some enemies end up being better than others when it comes to being farmed for XP. There are also a few tricks to finding the best enemies for leveling up in the unlikeliest of areas.

The Best Places (and Enemies) to Level Up Fast

Best time to do it: as soon as you can go out of Rabanastre
Levels: early levels; just straight out of the Gates
Location: Dalmasca Estersand / Westersand

This is the perfect strategy for beginners and those without prior knowledge of the game and its areas. This is the easiest--albeit lengthiest--way to make sure you're going to make it out of Rabanastre and the surrounding areas without dying again and again.

Best time to do it: Once you can go to Bhujerba
Levels: around Lv.15 and above
Location: Lhusu Mines, Shunia Twinspan 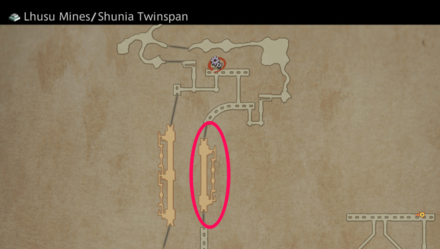 The Lhusu Mines offers plenty of chances to level up early in the game, but none more than this span of bridge that spawns undead enemies.

It's easier if you already have a Holy-element weapon, but just the same, these enemies aren't so tough. They're abundant, though, and if you can keep yourself alive, you can gain a few levels or more here.

Best time to do it: In preparation for the heavier hunts and enemies
Levels: Lv. 40 and up
Location: Nabreus Deadlands, Overlooking Eternity 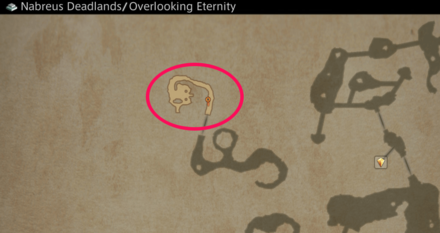 This area, situated in the Nabreus Deadlands, is another place rife with undead activity.

That being said, each of these Dead Skeletons can give 1000+ experience to your party; that doesn't mean, however, that they're pushovers.

You should take care when fighting these skeletons or suffer the consequence of having your party in a heartbeat.

Best time to do it: Near endgame or before you go hunting for optional enemies like Hell Wyrm, Omega Mk. XII, and Yiazmat
Levels: Lv. 60 and above
Location: The Pharos at Ridorana, Penumbra / Umbra / Abyss 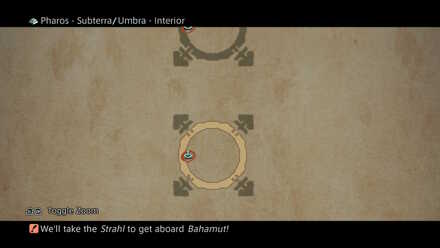 Take your pick of this area! This place boasts of some of the nastiest, strongest enemies in the game, and they aren't even the bosses of the place.

One thing they share in common with the other areas of the game is that they're of the undead class, meaning you will level up pretty quick here if you have the Excalibur or a Holy Lance, which, by now, you should have.

Ah, the Dustia trick. It's not always so simple to pull off. It requires Vaan (or any member of your party, really) to go into the Corridor of Sand area in the Westersand within an inch of his life. Here's how to do it:

You have to get a member of your party into an inch of his or her life. Once that's done, walk into the Corridor of Sand, but go no further than the entrance. 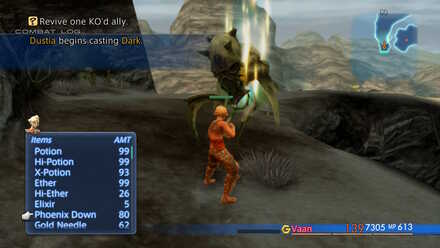 Dustia will appear without fail if you've got less than 10% of your life with you. When that happens, prepare to toss him a Phoenix Down. 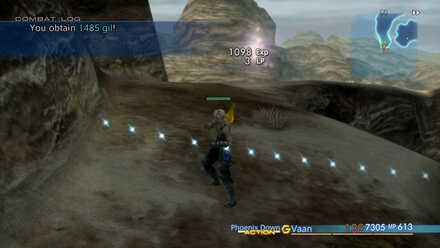 Be careful not to let this message appear! Go out of the Corridor of Sand before this prompt comes out, return in the area immediately, and Dustia'll come out as long as you have yourself in the red.

Keep throwing Phoenix Downs on him and the game will recognize your kill, earning you XP apart from having Dustia spawn without you having to go out two squares.

In order for us to make the best articles possible, share your corrections, opinions, and thoughts about 「 How to Level Up Fast | FF12」 with us!