This is the article page and guide for Ultima, the High Seraph in the game Final Fantasy XII: The Zodiac Age (FFXII, FF12, FF XII Zodiac Age). Information on where the Esper is, how to get them, and what skills they unlock are discussed here.

How to Defeat Ultima 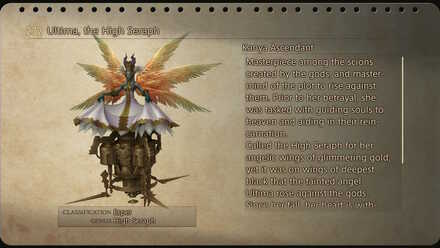 This is a battle where the esper is at least Lv.60 and above, so a party of characters at above level 50 would have a fighting chance against her. Ultima was the one who led the espers into battle, and this conflict to summon her is a clear indicator as to why she was designated the leader of these espers.

Ultima has a lot of buffs which could deal maximum damage to a careless player. Her attacks can drain HP through a Sap-like move; she can cast a field which can Slow opponents. Her signature attack, Holyja, can open a world of pain for enemies in that it inflicts Reverse on the party. Once that's done, she casts Renew using her Magic CT0 augment, and it's almost an instant death to the party.

One way to deal with this is to stock up with Holy-element items. The Sage's Ring is one such item; also, Darkra and Dark-element weapons and spells are strong against her. If you wish to enlist the help of an esper, Dark-element espers like Zeromus stands a very good chance against her. By making a Bubbled Zeromus the focus of her attacks and using the espers strongest attacks against her, you'll count Ultima among your own summons in a very short while. 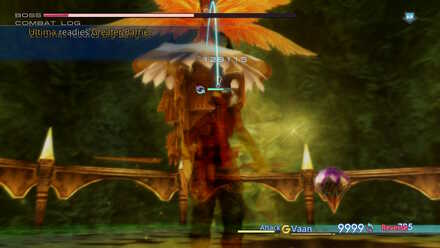 *Note: Data is meant to reflect Ultima's stats at Lv.63 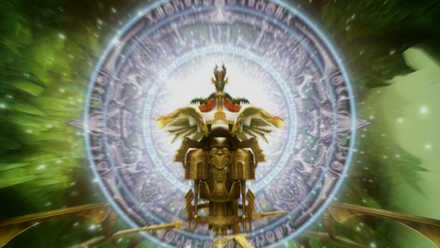 Ultima's mighty skills come at your disposal as you summon her:

Ultima - Benefits of Use 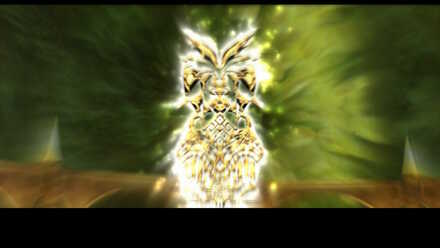 Redemption and Eschaton are Ultima's unique attacks and are efficient tools in your arsenal when she is summoned, but best of all, Ultima provides your party with the best there is, if not one of the best, when it comes to offensive Holy-element attacks. Ultima can also cast Renew, a spell which, when not used offensively (as in Reverse), fully restores HP to the whole party regardless of how much HP a character has left.

Register as a member and get all the information you want. (It's free!)
Login
Opinions about an article or post go here.
Opinions about an article or post
We at Game8 thank you for your support.
In order for us to make the best articles possible, share your corrections, opinions, and thoughts about "How to Defeat Ultima - Espers" with us!
When reporting a problem, please be as specific as possible in providing details such as what conditions the problem occurred under and what kind of effects it had.